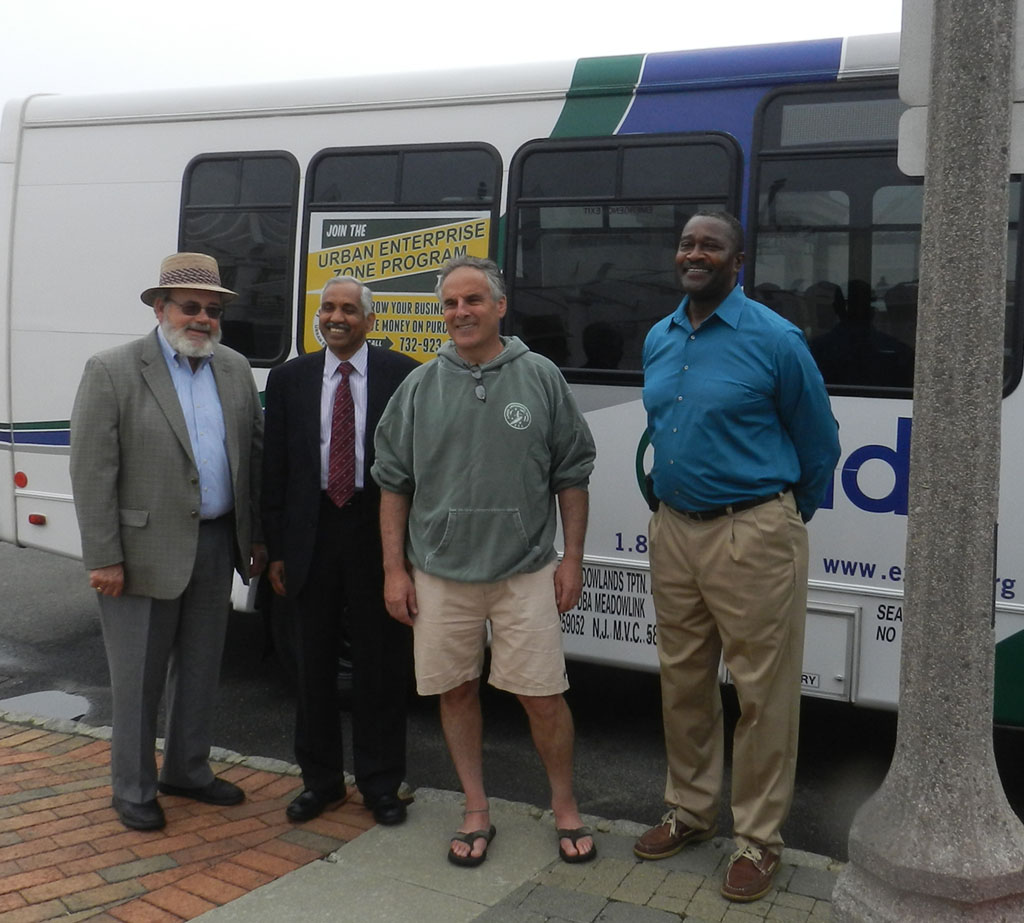 By Neil Schulman
Long Branch — For the third summer in a row, Long Branch will be offering shuttle service to the train station, Pier Village, West End, uptown Broadway and other popular parts of the city. 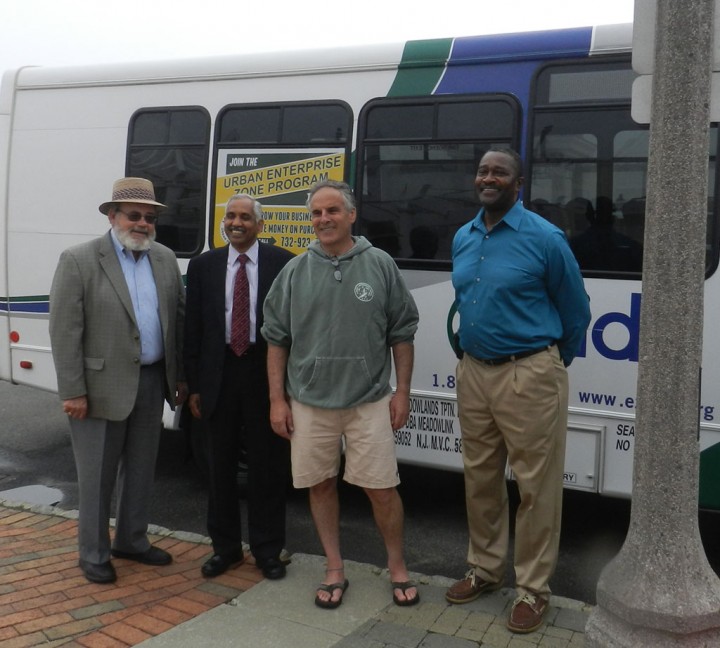 The Long Branch Urban Enterprise Zone has again teamed up with EZ Ride/Meadowlink to provide rides from now until Sept. 1.
In the first year, the shuttle service in Long Branch was the most popular of all Monmouth County towns using it. And Krishna Murthy, Executive Director of Meadowlink, said that ridership almost doubled in the second year.
More importantly, he said, it’s part of the city’s overall transportation plan.
“It’s probably one of the few communities that leverages its transportation resources,” he said, encouraging people to explore alternate ways to get around.
The city has a year-round shuttle service to allow Monmouth University students to get here easily. It’s developing a volunteer driver program, to help seniors get around.
“They also have a program where they encourage kids to walk and bike to school.”
Meadowlink, a non-profit, has been providing transportation in Monmouth County for about 10 years. Services such as the shuttle make it easier for people to get around while making the roads less congested.
“It’s about quality of life; it’s about improving the quality of life in this community,” Murthy said.
Mayor Adam Schneider said that the oceanfront is one of Long Branch’s greatest assets, and the shuttle makes it easy for everyone to get here, whether they live in or out of town.
“Get off the train; you can use the shuttle and never need to park your car,” he said.
Jacob Jones, Director of the Office of Community and Economic Development, said that there would be three jitneys in Long Branch, making regular stops. Following this summer, he hopes that the shuttle service will be able to continue to provide year-round transportation, a service frequently used by Monmouth University students to get to and from Long Branch.
However, for future use the city will need to ensure a method of funding the service. City officials said they are committed to continuing the program, and are seeking help to do so.
Local businesses can help ensure the success of the service by taking out advertisements for the sides of the buses, he said.
“We are selling advertising space. It’s very reasonable. Call the chamber or call the Office of Economic Development,” he said. “This just isn’t to raise money for us, but the continuance of the service.”