Date Night in the Park 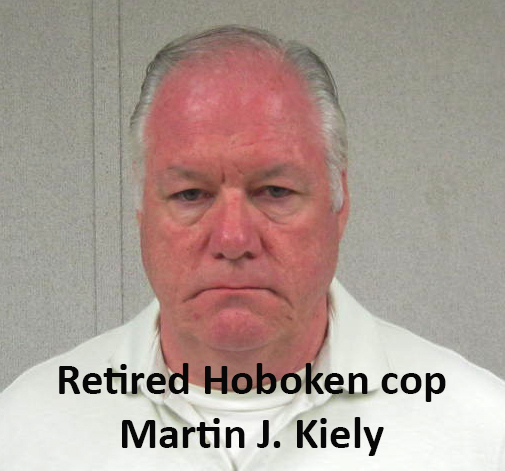 (FREEHOLD) A Highlands man is charged with defrauding the Federal Emergency Management Agency (FEMA) out of almost $23,000 in aid by saying his primary residence was a vacant 5th Street residence not the Shore Drive home where he was actually living, announced Acting Monmouth County Prosecutor Christopher J. Gramiccioni.

Martin J. Kiely, 59, a former Hoboken Police Officer who retired in 1992 and who lives on Shore Drive in Highlands borough, was arrested and charged with two counts third degree Theft by Deception in connection with a pair of applications to FEMA and subsequent awards totaling nearly $23,000.

A joint investigation by this Office’s Monmouth County Superstorm Sandy Fraud Task Force and the federal Department of Homeland Security revealed Kiely owns two properties in the borough, one on Shore Drive and another on 5th Street. The Shore Drive residence serves as his primary residence, and the the 5th Street residence has been vacant and without electrical service since 2004 investigators learned. It was also learned, that borough officials considered having the 5th Street property demolished citing its state of disrepair.

In the wake of Superstorm Sandy, the 5th Street property again sustained damage and Kiely once again filed an application with FEMA stating the property was his primary residence and he was awarded approximately $3,000 from the federal agency.

If convicted of Theft by Deception, Kiely faces a sentence of three to five years in prison on each count.

The case is assigned to Monmouth County Assistant Prosecutor Andrew S. Fried, of the Office’s Financial Crimes and Public Corruption Bureau. He is the coordinator of the Monmouth County Superstorm Sandy Fraud Task Force. Kiely is represented by John Casale, Esq., of Belmar.