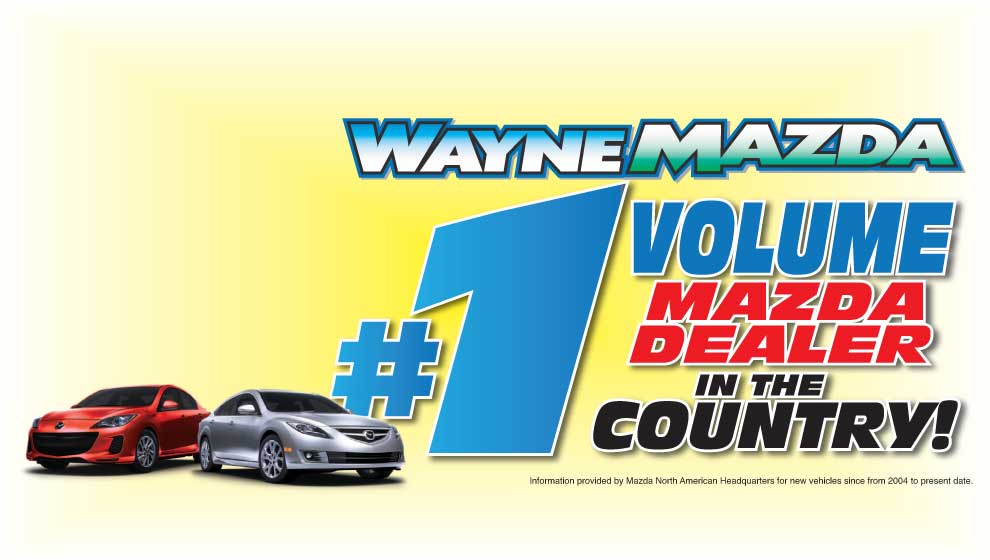 Wayne Mazda is alleged in bait and switch.

NEWARK – Acting Attorney General John J. Hoffman and the New Jersey Division of Consumer Affairs today announced the filing of a complaint against Bergen Auto Enterprises, LLC, d/b/a “Wayne Mazda” and “Wayne Auto Mall Hyundai,” for repeated deceptive advertising practices, including that it failed to disclose to consumers that used vehicles had previously been used as rental vehicles and/or had sustained significant prior damage. The complaint also alleges that Wayne Mazda and Wayne Auto Mall Hyundai engaged in “bait and switch” tactics by featuring vehicles in advertisements that were not actually available for purchase or lease.

The State’s five-count complaint, filed in State Superior Court in Paterson, alleges that Bergen Auto Enterprises, LLC, committed multiple violations of both the Consumer Fraud Act and Motor Vehicle advertising regulations. The State is seeking restitution for affected consumers and the imposition of civil penalties, among other remedies. 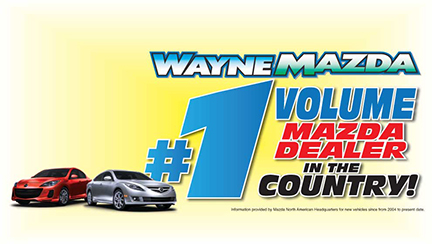 “We will not allow consumers to be subjected to the egregious sales tactics that these two dealerships allegedly engaged in,” Acting Attorney General John J. Hoffman said. “Important facts that a consumer needs to make an informed buying decision, such as past accident history, cannot be omitted or withheld by auto dealerships.”

Additionally, the complaint alleges that certain new vehicles offered for sale or lease had been sold months before, but remained featured in advertisements for Wayne Mazda and Wayne Auto Mall Hyundai. In one instance, Wayne Mazda advertised a 2013 Mazda for lease that had actually been sold almost 11 months before the advertisement was published. In another instance, Wayne Auto Mall Hyundai advertised for lease a 2013 Hyundai Genesis for at least 175 days that it did not possess, and that was in fact, located and titled in Pennsylvania.

“The alleged actions of Bergen Auto Enterprises demonstrate contempt for consumers and their rights under the law. The Wayne Mazda and Wayne Auto Mall Hyundai dealerships allegedly offered vehicles and terms that were not attainable, and concealed important details about other vehicles for sale and lease, all in a calculated effort to profit at consumers’ expense,” said Division of Consumer Affairs Acting Director Steve Lee.

Newspaper advertisements for Wayne Mazda and Wayne Auto Mall Hyundai also failed to include legally required statements that explained to consumers what costs the advertised price included and what additional costs consumers were liable for. The suit also alleges that the auto dealerships advertised prices of new vehicles reflecting dealership discounts which failed to properly explain the qualifications necessary to obtain those discounts. For instance, Wayne Mazda advertised prices containing a footnote which read “Available to qualified buyers on select vehicles,” without specifying the vehicle to which the discount applied or the conditions necessary for the consumer to qualify for the discount.

Wayne Mazda and Wayne Auto Mall Hyundai are located on Route 23 in Wayne.

Deputy Attorney General Erin M. Greene, in the Consumer Fraud Prosecution Section of the Division of Law, is representing the State.

Consumers who believe they may have been victimized by Wayne Mazda or Wayne Auto Mall Hyundai can file a complaint with the State Division of Consumer Affairs by calling1-800-242-5846 (toll free within New Jersey) or 973-504-6200.

To view the complaint: http://tinyurl.com/or68oju