Borough of Eatontown has 3 job openings 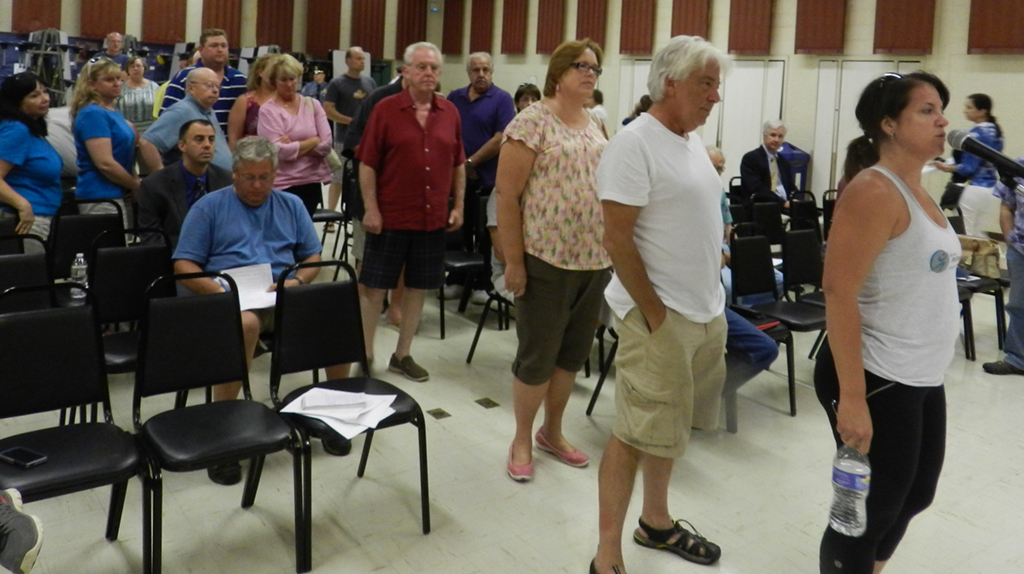 Residents from Oceanport and nearby line up to voice their opposition to a proposed crematory.

By Neil Schulman
Oceanport — Mayor Michael Mahon wants everyone opposed to the proposal to build a crematory at Woodbine Cemetery to let state officials and owners of the cemetery they don’t want it. 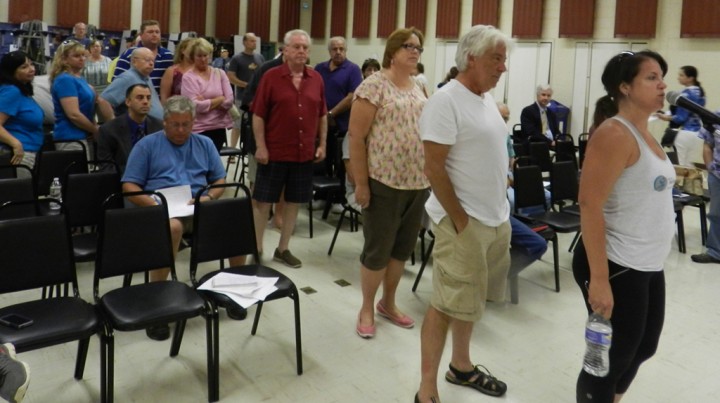 Residents from Oceanport and nearby line up to voice their opposition to a proposed crematory.

“What I’d like to do is jam their inboxes,” Mahon said. “Clog up their e-mail. Speak loudly and clearly, in word and in voice.”

A couple of weeks ago, the borough learned that Woodbine was planning to build a crematory when they got a request from comments from the Air Permits Bureau of the Department of Environmental Protection.
“That’s the only notification ever to date,” said Borough Administrator John Bennett at the Aug. 8 Borough Council meeting, where many residents showed up to voice their concerns and objections.
At that meeting, council passed a resolution opposing the crematory, saying there are far too many concerns and unanswered questions.
Bennett originally thought that this wouldn’t be a serious issue. In 2003, while he was serving as New Jersey Governor, the state passed a law requiring any crematory get approval of local boards.
However, he learned that law was repealed several years ago, and replaced with one saying that the New Jersey Cemetery Board had sole discretion over the placement of crematorium, though the Board of Health must also sign off on any proposal.
“From our understanding, the Cemetery Board has not received notification,” Bennett said. The board told him that request wouldn’t come unless the DEP approves the proposal.
Oceanport officials are not impressed with the DEP’s review process this far. The notification of the permit application has to be published in a paper by law, and this one was printed in the Home Tribune, a paper based in Middlesex County.
“The Home Tribune may be a great paper, but we don’t read it,” Bennett said.
Borough Engineer Bill White, said that the Bureau of Air Permits of the DEP seems much less thorough than most of its bureaus.
“I’ve never seen a department that is so helpful to the applicant,” he said.
For example, White said that anyone who does work that could impact wetlands is required to issue notifications to everyone within 200 feet of the property. In contrast, nothing like that seems necessary for a crematory.
“I abut the property and I got no notification,” he said.
He also said it appears as if the department isn’t doing due diligence to see if it could cause pollution. “There is no testing required; the rely entirely on the manufacturer’s specification,” he said.
“They don’t even know where the stack is going to be put” in Woodbine, he said. The notice said it would be at least 1,000 feet from any residential area, but gives nothing more specific.
White said that when he asked questions about pollutants, he was repeatedly told they would be “de minimus,” considered negligible, but wasn’t given any solid figures.

In 2002, when Woodbine proposed this, residents worried not only about the effects of having a large smokestack operating frequently nearby, but the potential impact of toxic chemicals being burned, such as mercury amalgams in dental fillings.
Councilman Joseph Irace said that when he got in touch with someone at the DEP Air Permits Bureau, they seemed surprised people would object to the crematory.
“He seemed to be taken aback there were any concerns,” Irace said.
Oceanport residents are not the only people concerned. Woodbine Cemetery is very close to the county-run Wolf Hill Park, and the Board of Chosen Freeholders has also passed a resolution opposing the idea.

“Who knows which way the winds will blow?” he asked.

Mayor Michael Mahon said that, as of last week, the state had only received two comments on the matter, from Bennett and White. He wanted to change that, getting as many people involved as possible.

Oceanport officials said that they have spoken with the owner of Woodbine, who said he is willing to talk to them later, but is currently out of state.

At the meeting, Mahon distributed contact information for people at the DEP, New Jersey Cemetery Board, New Jersey Department of Health and Woodbine Cemetery. He said they were also planning to send a recorded transcript of this meeting to these organizations.

“I would like each and every person in this room to come to the microphone, state your name for the record, and say ‘I object to the crematorium,’” said Mahon, as the line began to form at the microphone.

People to contact, according to the Oceanport council, are: