Why was a convicted child sex offender on the streets? 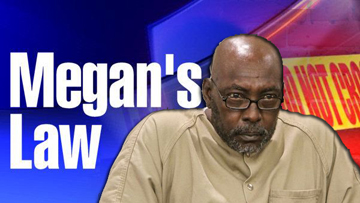 Brian Farmer, 58, of Long Branch a convicted sex offender is now accused of sexual assaulting a 10 year old girl, then killing the girl and her step-mother.

Long Branch – Just hours after the announcement was made on August 13, that Brian Farmer, 58, of Long Branch, was arrested for murder of his 62-year old cousin Joan Colbert and her 10-year old foster daughter Veronica Roach, people were asking why he was on the streets.

Brian Farmer, 58, of Long Branch a convicted sex offender is now accused of sexual assaulting a 10 year old girl, then killing the girl and her step-mother.

According to the Monmouth County Prosecutor’s Office, Farmer was at the Lippincott Avenue home of Colbert and was sexually abusing Roach and taking photos of the act with his cell phone. Police are assuming that Colbert walked in on the act and that Farmer allegedly strangled both Colbert and Roach and then left. Their bodies were discovered three days later.

Farmer has a criminal history dating back to the 1970’s and it’s a violent past. Five years ago he was released from East Jersey State Prison, where he served 13 years for kidnapping and sexually assaulting a 15-year old girl, who was the daughter of his girlfriend at the time, according to reports. Farmer was armed with a knife during the attack. He then held the girl and her mother hostage for days, until they escaped. In a violent outrage he burned down their Long Branch home.

In 1996, Farmer was sentenced to 25 years in prison for those crimes. A check of the criminal data base shows that he was released in October 2009. Dave Thomas, executive director of New Jersey’s State Parole Board, was quoted in the Asbury Park Press as saying that Farmer was not released on parole at the time. “He maxed out, he served the maximum,” said Thomas.

Many people contacted The Link New with questions. One of those was Barbara Range Dalto who asked; “Why the heck was he even walking the streets with his track record?”

To answer Dalto’s question, it means that the state had no choice or decision in the matter. They had to let Farmer out of prison. He was labeled a Tier Two sex offender, meaning that the chances of him repeating the crime were low, or moderate according to state standards.

Farmer was placed on lifetime supervision and was checking in frequently with his officials, who stated that he was working, and had registered where he was living. The address they had on file was Ludlow Street, which is still located near two elementary schools. Thomas again was quoted as saying authorities were notified.

However, when Farmer was arrested it was on John Street, two houses away from the Amerigo A. Anastasia Elementary School, where Veronica Roach attended. Farmer was living with his son at the time of his arrest and had not notified officials of his change in address. It was also disclosed that Farmer lost his job, failed a drug/alcohol test, and was homeless.

Farmer was in attendance last Tuesday morning at the funerals for Colbert and Roach. When people heard that he was the accused killer and had the audacity to show his face at the services they were disgusted.

Additional charges were also filed within the last 48 hours which included failing to avoid alcohol, failing to refrain from contact with minors, and failing to get permission to change his address.