“Drive Sober or Get Pulled Over” 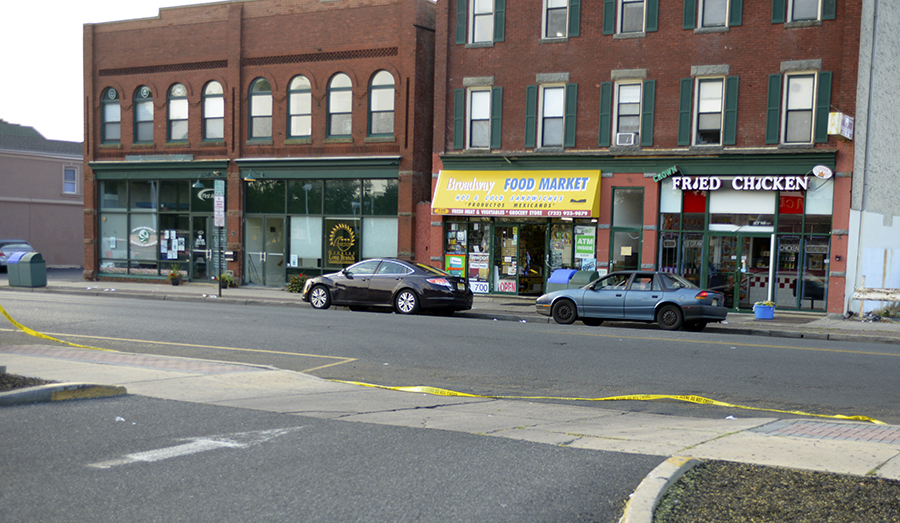 Broadway Food Market located at 230 Broadway in Long Branch was the scene of the first shooting on August 20, where one person was shot. Another shooting occurred shortly after on Long Branch Ave, where another victim was shot.

Long Branch – The early morning hours of August 20, gunshots filled the city air. A sound that is becoming more frequent and alarming to many residents. The first of two reported shootings occurred around 1:40 a.m. on Wednesday.

Broadway Food Market located at 230 Broadway in Long Branch was the scene of the first shooting on August 20, where one person was shot. Another shooting occurred shortly after on Long Branch Ave, where another victim was shot.

Police responded to the 230 Broadway, which is the Broadway Food Market. It is nestled between Crown Fried Chicken and the Long Branch Chamber of Commerce office and directly across the street from McDonald’s.

According to reports one victim was found shot at this location and was transported to an area hospital for treatment. Police were looking for a silver sedan, possibly a Nissan Altima with tinted windows. The report also went on to say that the car might have been occupied by three to four black males with one being the alleged shooter, which was last seen wearing a black athletic style t-shirt and baseball hat with a red stripe on it.

While police were investigating that shooting, a second call reported shooting had occurred on Long Branch Avenue. The exact location of that shooting has not been released by police, but two witnesses stated that a person was shot at that location.

Long Branch Police Lieutenant Doug Gotfredsen did confirm that two shootings had occurred and two victims were being treated for gunshot wounds. He would not give details on the names, ages, race, sex or conditions of the two victims.

Detectives from the Monmouth County Prosecutor’s Office were also out assisting in the investigation. Law enfo9rcement is asking the public for help in ridding the communities of these violent attacks. They have established an anonymous tips line which can be reached on the Monmouth County Crime Stoppers confidential tip-line 1-800-671-4400, or by texting “Monmouth” plus the tip you want to report to 274637. E-mail is also a way to reach them; www.monmouthcountycrimestoppers.com