How a Brooklyn carpenter is changing the building industry 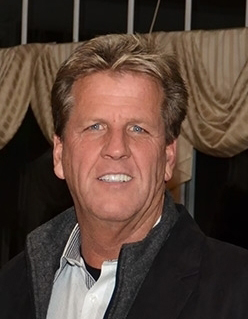 He is an inventor, environmentalist, building expert, and carpenter from Brooklyn, New York, who is changing the building industry one board at time.

Steve Conboy was a member of Carpenter Local 940 in Brooklyn, building homes along the East Coast, when he decided to pack up his hammer and head west. California was at the start of a building boom and Conboy decided he wanted to be a part of it.

“I also saw an opportunity to get into the lumber business, and became very successful,” said Conboy. As Conboy and his business grew, so did his liability insurance. “I finally had enough of the mold law suits as a builder and lawyers,” said Conboy. They aren’t going after builders personally, they are out for builders with good liability policies,” said Conboy. They weren’t going after him personally, they were suing him for something that he had no control over, he thought.

“Mold is one of the biggest problem in the building and lumber industry. Especially wood in the northeast now after Sandy. It sits outside, gets wet all winter or during spring rains and that moisture is a breeding ground for fungus,” said Conboy. One day he had enough and decided that he would invent something that would end the countless lawsuits.

He’d had experience in refining the lumber field. Back in the 1990s when the lumber industry was converting to wide spread use of engineered wood products, Conboy worked in the Engineered Wood business with a team of guys that converted architects, engineers and builders to use a new flooring system that they developed which became known nationally as “Go Wide and Deep” when he was with Trus Joist.

“The fact is that lumber remains the most sustainable building material to use when it comes to keeping up with the world’s housing demands,” said Conboy. He took that same drive and skill he used to develop “Go Wide and Deep” and designed what he calls “defensive lumber.”

“I wanted to invent a product that protects lumber against mold, termites, rot and fire,” said Conboy. That seems like a big challenge, but as the boy from Brooklyn said, a challenge is an opportunity. It took him a few years, but Conboy now has the only cost effective product that protects the whole house from things like mold, termites, fire ignition, and rot and is ecofriendly.

Eco Red Shield is protected lumber that not only is fire, mold, rot and termite resistant, but it also withstands seismic activity and hurricane strength winds.

“It truly is defensive lumber. After Hurricane Sandy we built a new home in New York which was the first defensive lumber home in the country,” said Conboy. “Right now my product is the only one that protects the lumber. But in the future I hope others come out with similar coatings, as it is what our industry needs.”

When you first meet Conboy you get the impression that he could sell oceanfront property in Arizona. However, after talking with him you realize that he has a passion to educate government agencies, suppliers, builders and consumers that you can build with wood and keep it safe and healthy. “There is a smarter, more effective way to build homes in disaster prone areas where storms and flooding are a possibility,” said Conboy.

Over the last few years Conboy has been traveling the world, where he not only spreads his message about smart defensive lumber. He is working with his friend Manila to try and get safe cost effective shelters into the Philippines like he did in Haiti.

“Several of the nation’s top builders are now using Eco Red Shield, not just to save them from lawsuits, but because it is a much healthier way to construct homes,” said Conboy. He and his company are focusing their efforts in the northeast to help those during the Sandy rebuild. “We are teaching builders how to embrace new defensive ways to build.”

Eco Red Shield is a special red coating that is applied to lumber. Size or shape does not matter to Conboy. What matters is that the wood will last longer, will not burn or become dinner to bugs, and most importantly to the people living in the homes no mold.

“Home Depot is (so) excited about my lumber that they are now carrying it in 107 selected stores in New York and New Jersey there,” said Conboy. He said the price difference between Red Shield wood and non-treated lumber is very little when you look at the overall savings.

“Most medical doctors don’t know even know how to detect mold poisoning, let alone provide treatment. Every architect knows that somewhere in their home they will have a mold problem and that is a fact.”

What upsets Conboy the most is watching builders use tarpaper and Tyvek to cover the wood up to the bottom of the window sills, thinking that is the way to water proof the home. “It’s simply a habit that all builders turn to because no one is holding them responsible,” said Conboy. FEMA has paid out millions in claims, but allows the same construction to be built.

“When we watch the insurance companies settling with people back in the Sandy build, it’s ridiculous what they’re doing, it’s insanity. We’re rebuilding those communities with the same materials that couldn’t withstand Mother Nature. How are we going to continue to support this?”

Conboy was in Long Branch to check out the destroyed boardwalk from Sandy. He stated that his wood and his design would be the way to go. “I’m not a huge fan of the composite woods which Long Branch is looking to use. What they need is Eco Red Shield lumber and not just the deck or top of the boardwalk. It would require a stronger base with concrete, steel and Red Shield supports,” said Conboy.

Recently Conboy has been working in Washington, not building homes, but trying to build a better world. He has spoken at congressional hearings and has been speaking at the United Nations about his Eco Company and defensive lumber. “It’s time to change, and we’re ready,” concluded Conboy