Photos of the LBPD incident with armed suspects 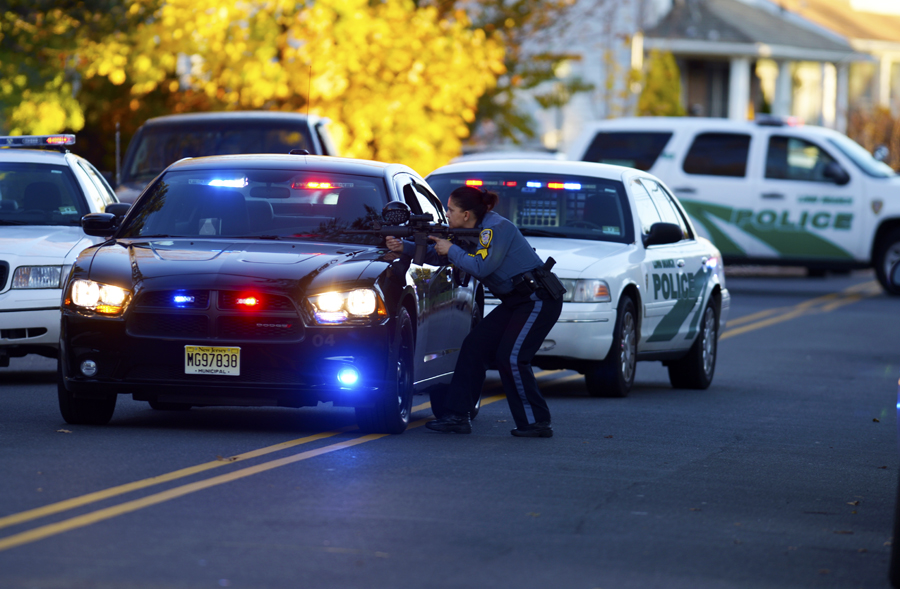 LBPD Sgt. Antonia Gonzalez keeps her focus on a private home on Liberty Street where two armed men were help up.

Long Branch – Police Sergeant Antonia Gonzalez was yelling instructions over a loud speaker in both English and Spanish demanding that the suspects held up in a private residence on Liberty Street come out of the house with their hands in the air. Gonzalez was also telling residents in the area to stay in their homes. 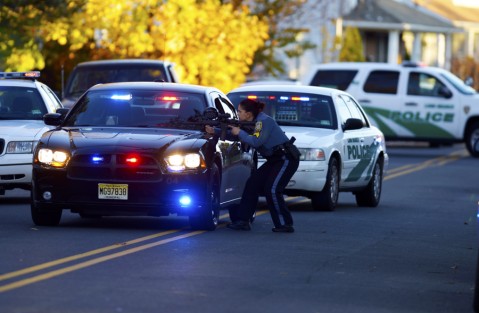 LBPD Sgt. Antonia Gonzalez keeps her focus on a private home on Liberty Street where two armed men were help up.

Police had at least two men, who were believed to be Hispanic, surrounded in a private home where they were allegedly armed with a rifle. Police had responded to the area on reports of shots fired at parked car on Liberty Street and that the accused men were alleged to be running down the street with a rifle.

Long Branch Police quickly had officers in place around the home while neighboring departments closed off traffic to that area. Conversations on the police radios that could be heard from the parked patrol cars on the street said that two suspects were visible on the second floor of the home and one was definitely armed.

In situations like this Monmouth County has an emergency response team (SWAT) and they were called to the location as were officers from the Monmouth County Sheriff’s Office. The incident occurred just before 4:00 p.m. and according to Charles Webster, spokesman for the Monmouth County Prosecutor’s Office a five-block area was blocked off between Joline and Atlantic avenues.

It appeared that by 5:00 p.m. two suspects were in custody, and no shots were fired by police.

This is a developing story as more information become available we will post it.