Will Ebola-exposed people be housed in Eatontown?

Dr. Fisher is recognized with Excellence in Medicine Award 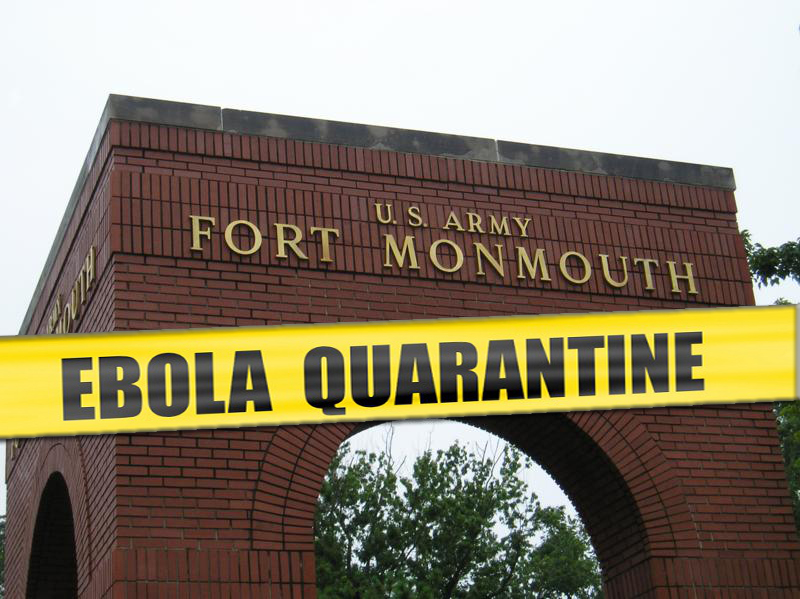 In a story that was first reported by The Link News on January 31 about a proposed Ebola quarantine facility to be located on the property of the former Ft. Monmouth Army base, has many asking what happened. 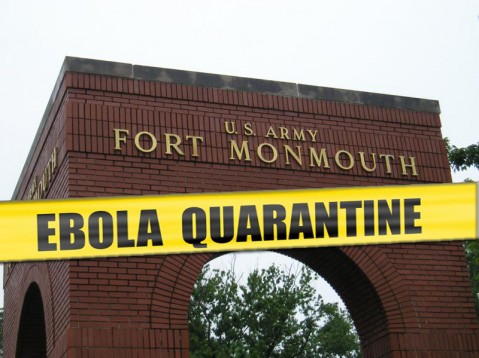 Local politicians have stated that they were under directions not to say anything. When we spoke with Eatontown Mayor Dennis Connelly on Saturday, he stated that he was informed of the plan back in November 2014 on a conference call with two members of the Fort Monmouth Economic Revitalization Authority (FMERA). Connelly stated that they were told the New Jersey Division of Human Services (DHS) would be in charge of the facility.

Oceanport Mayor Michael Mahon stated on Saturday that he had nominal knowledge of the facility. The FMERA Board is made up of nine individual. Three of those are the mayors of Eatontown, Oceanport and Tinton Falls. Monmouth County Freeholder Lillian Burry is also on that board. The others are all appointed by the Governor. “I’m minimally aware of a plan as it doesn’t involve the Borough of Oceanport or any portion of the Fort within or bordering our municipality,” said Mahon.

“In October 2014, Governor Christie activated a statewide Ebola Preparedness Plan. Various state agencies were assigned specific roles in supporting the plan,” said Nicole Brossoie, spokeswoman for the DHS. She also noted that they had communicated often with local and county officials, as well with representatives from FMERA. “It’s important to note that none of the quarantine locations have been used to date, but it is essential for the state to have a plan in place. We’re not giving out any other specifics.”

Oceanport Councilman Joe Irace was very upset when we contacted him. “The fact that I learned ‘asymptomatic Ebola exposed subjects’ will be housed at the Fort from The Link News pretty much sums up how FMERA deals with its constituent committees,” said Irace.

“The quarantine order is written by the state’s Department of Law and Public Safety and administered by the state Department of Health. DHS was tasked with identifying locations that could accommodate asymptomatic out-of-state travelers for the mandatory 21-day quarantine,” said Brossoie.

Connelly told The Link News that DHS has selected seven duplexes, 14-two story living units. He stated that those units have already been refurbished. “The plan is to house anyone landing at Newark who is asymptomatic and a non-state resident,” said Connelly. He added that the Ft. Monmouth location was only a secondary site, as a former psychiatric hospital in North Jersey was the primary location.

Connelly stated that DHS and FMERA already had a six month lease signed for the Ft. Monmouth property. Brossoie stated that there is no lease. “There is a Memorandum of Understanding,” said Brossoie. However, when asked how much DHS has spent to get the Ft. Monmouth location livable, she didn’t know. “All costs are incurred by the state, but I don’t have that information, perhaps Treasury?”

On February 2, Burry, and the mayors of the Eatontown, Oceanport and Tinton Falls issued a joint press release by John Bennett, Oceanport Borough Administrator, and said: “As the only members of the FMERA board who are elected to office, we wish to clarify some of the recent articles on the proposal to house a quarantine facility at Fort Monmouth for those that are exposed to Ebola while outside the United States. Only those that return to the U.S. through New Jersey and have no place to reside will potentially be placed in this facility. The articles further state that the Department of Human Services has a 6-month lease with FMERA to use the property which began on January 1st. The elected officials further stated that at no time did they ever vote on or approve such a lease. This lease was imposed on FMERA by the executive branch and was not vetted at a public meeting or voted on by the entire Board. The lease was actually signed by the Attorney General and was not supported by the Board as a whole.”

The statement also included: The officials also are concerned that such actions have the potential to undermine the economic development of the Fort Monmouth property in the long run as it is necessary for the Board and the public and the State to work together openly and for the betterment of all residents. Such action should not be repeated in the future. It would be more appropriate to have a full and open discussion of issues surrounding any efforts to enter in to any leases on the grounds of Fort Monmouth. The Mayors included are Michael Mahon, Oceanport, Gerald Turning, Tinton Falls, and Dennis Connelly, Eatontown.”

Irace was also upset that FMERA had given the property to DHS without any public input or meetings. He added that Oceanport has been attempting to get some property from FMERA for a new municipal building and schools but have been shutout.