Temples and churches get together to recall MLK 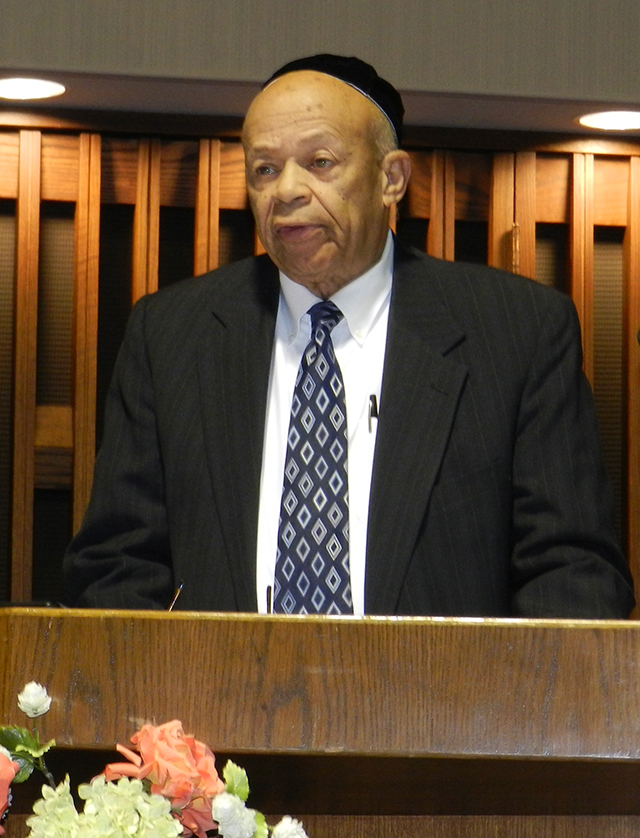 Dr. Donald Warner recreates King’s “I Have A Dream” speech.

The following article originally appeared in the Jan. 22, 2015 Link News

By Neil Schulman
Ocean Township — In 1965, when advocating for the Voting Rights Act, President Lyndon Baines Johnson said that this wasn’t just an issue for minorities, or for certain parts of the country. 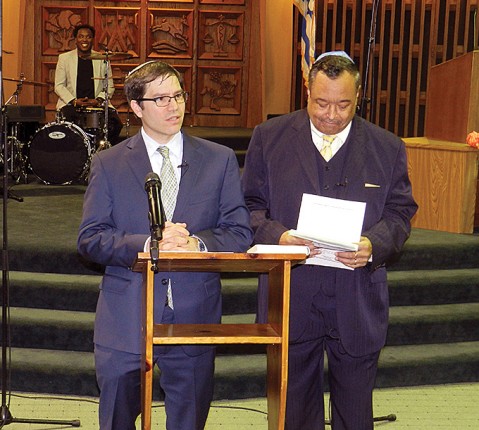 The event included excerpts from Johnson’s speech, and other important civil rights addresses, songs performed by visiting church choirs, and clergy discussing how King’s vision wasn’t for just one race, but behavior all of humanity should strive to emulate.

Events of the last several months, Schonbrun said, have shown that King’s vision is far from being completely realized.
Schonbrun said that how we treat our fellow man is said almost first thing in the Bible, in Genesis 1:27, “And God created man in God’s image.”

Ancient rabbis taught that because man is created in the divine image, he who saves a single life is as if he save the entire world. Schonbrun said this is how we should try to think of all our fellow human beings. Similarly, anyone who destroys a soul, it is as if you destroyed the entire world.

One example he gave of how this message could help is when officers confront a difficult suspect. What would happen if the officer said “remember, this person is made in God’s image” — and the suspect said the same thing about the officer.

Gibson drew parallels between King and Joseph in the Bible. Both were men who had dreams from an early age. Both had dreams which were prophetic. Both of them turned the world upside down.

And both faced similar obstacles. Joseph encountered hatred, from his own family, while his father did nothing. Eventually his brothers sold him into slavery in Egypt, and it took decades for Joseph’s dreams to come true.

And both Joseph and King had faith.

“Despite what is happening in our world, the Lord is with us,” Gibson said.

In addition to the discussions, the evening featured music by the Second Baptist Church Praise Group and Living Word Christian Fellowship Choir.

Dr. Donald Warner reenacted King’s I Have A Dream speech.

Warner, who had met and spoken with Dr. King, recalled going to the famous 1963 march where King gave his “I Have A Dream Speech.” He drove to Washington in the middle of the night.

“They would throw rocks at you in the daytime,” Warner recalled.

“I marched arm in arm with a young Jewish boy,” he said. When they looked up, they could see the peaceful march was surrounded by weapons.

“We could see on the rooftops soldiers.”

The Second Baptist Church Praise Singers and Living Word Christian Fellowship Choir unite to lead attendees in “We Shall Overcome.”

Jews and Christians, Black and White, link hands to sing “We Shall Overcome” at the MLK celebration.

The crowd sings “This Land Is Your Land.”

Dr. Donald Warner recreates King’s “I Have A Dream” speech.