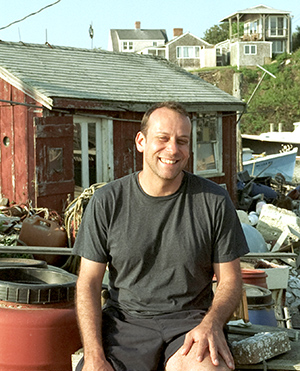 ’s “American Catch” looks at three case studies: the effort to bring oysters back to our Eastern shores, the threat to Alaska’s wild salmon industry from mining interests, and the effect of globalization on Gulf Coast shrimp. This event, free and open to the public, is part of Monmouth University’s Science, Society, and Sustainability Seminar series. There will be a book signing immediately following the author’s presentation.

Greenberg is the James Beard award-winning author of the New York Times bestseller and notable book “Four Fish: The Future of the Last Wild Food” and “American Catch: The Fight for our Local Seafood.” A regular contributor to the New York Times’ opinion page and magazine as well as a guest and commentator on public radio programs including “Fresh Air” and “All Things Considered,” Greenberg lectures widely on seafood and ocean sustainability. Kirkus Reviews called American Catch a “fascinating discussion of a multifaceted issue and a passionate call to action.”

The Series, sponsored by School of Science and Urban Coast Institute, brings highly regarded experts to campus to engage students and the community in dialogue on critical aspects of sustainability.