Theater Review: Everyone can relate to The Realization of Emily

Mexican national who lived in Long Branch guilty of murder 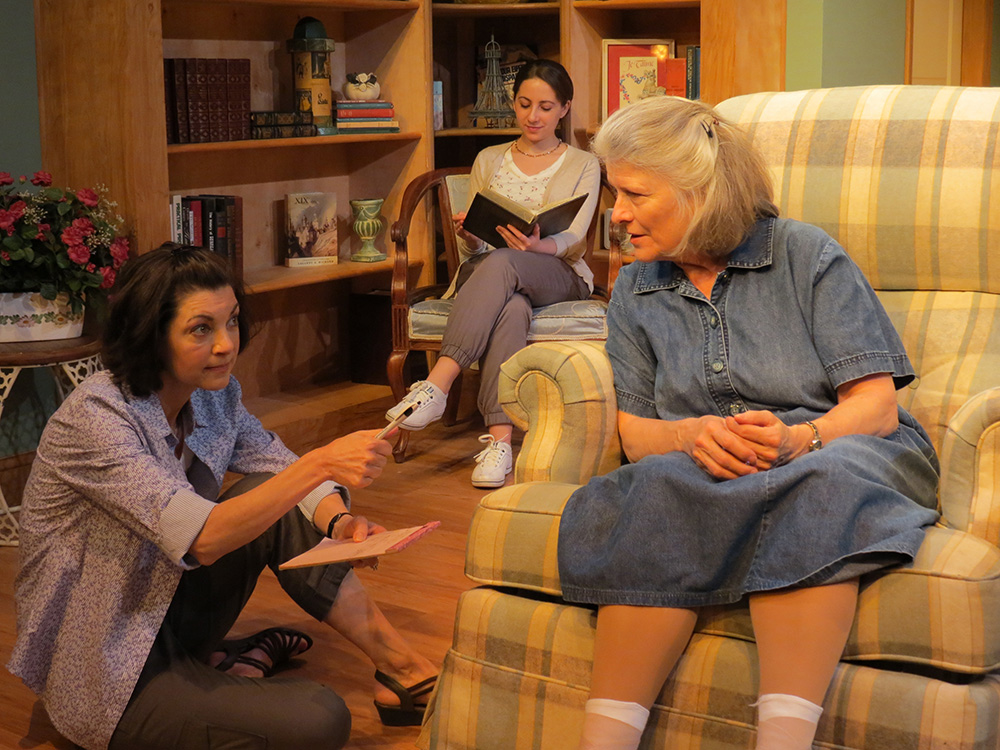 It is likely that nearly all of us will end up caring for older dependents, become older dependents ourselves, or both. This general rule makes The Realization of Emily Linder, the new play by Richard Strand at NJ Rep, universally recognizable and relatable. 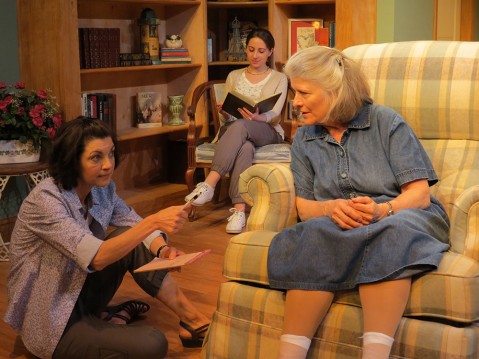 Emily Linder (Marnie Andrews) is taken home from the hospital by her daughter Margaret (Dana Benningfield). Emily has fired her home health aide, fallen down in the shower, and been taken to the hospital, where the doctors found that all of her toes needed to be amputated. So she must use a wheelchair, which neither woman knows how to handle, leading to some physical comedy while Emily awkwardly transfers to her recliner, from which she likes to watch her favorite (and only) DVD, Cat Ballou.

The next arrival is Emily’s other daughter, Janet (Corey Tazmania), a sleek lawyer with buckled power suits and no nonsense hair, accompanied by a young assistant, Jennifer (Jenny Vallancourt). Now that she has her daughters together, Emily tells them her realization: she is going to die early Friday morning, and since it is now Wednesday, she has a list of tasks for the women to accomplish.

Margaret and Janet are reluctant to believe her, but Emily insists she has second sight which tells her when someone is going to die, and her time is coming. Some of her requests are reasonable, such as for Margaret to write a eulogy, but others are not, such as asking that Janet find a way to reunite Emily with her toes. She insists that Janet can do it, because Janet is a lawyer, causing Janet to demand exactly what her family thinks a lawyer does.

While the funny discussion goes on, and the sisters fall into competitive squabbles, Jennifer sits reading in the background so long and quietly that one might think the author forgot there were four characters, but when she finally stands up and takes command, she is a dynamo. At least she knows that wheelchairs have brakes!

The second act has many plot twists and revelations, some humorous and some poignant, as well as the suspense of waiting to see if Emily’s realization is reality. The actors are all excellent: Dana Benningfield as sweet, put-upon Margaret, Corey Tazmania as clever Janet, and Jenny Vallancourt as Jennifer of hidden depths. As written by Richard Strand and acted by Marnie Andrews, Emily Linder is the brilliant realization of all the irritating, demanding, hypercritical old ladies that we know and can’t help loving. After the play, you won’t forget Emily Linder, and you won’t be able to get the theme from Cat Ballou out of your head.

The Realization of Emily will continue at NJ Rep, 179 Broadway, Long Branch, through May 24. Regular performances are Thursdays and Fridays, 8 p.m.; Saturdays 3 and 8 p.m.; Sundays 2 p.m., with selected Sundays at 7 p.m.