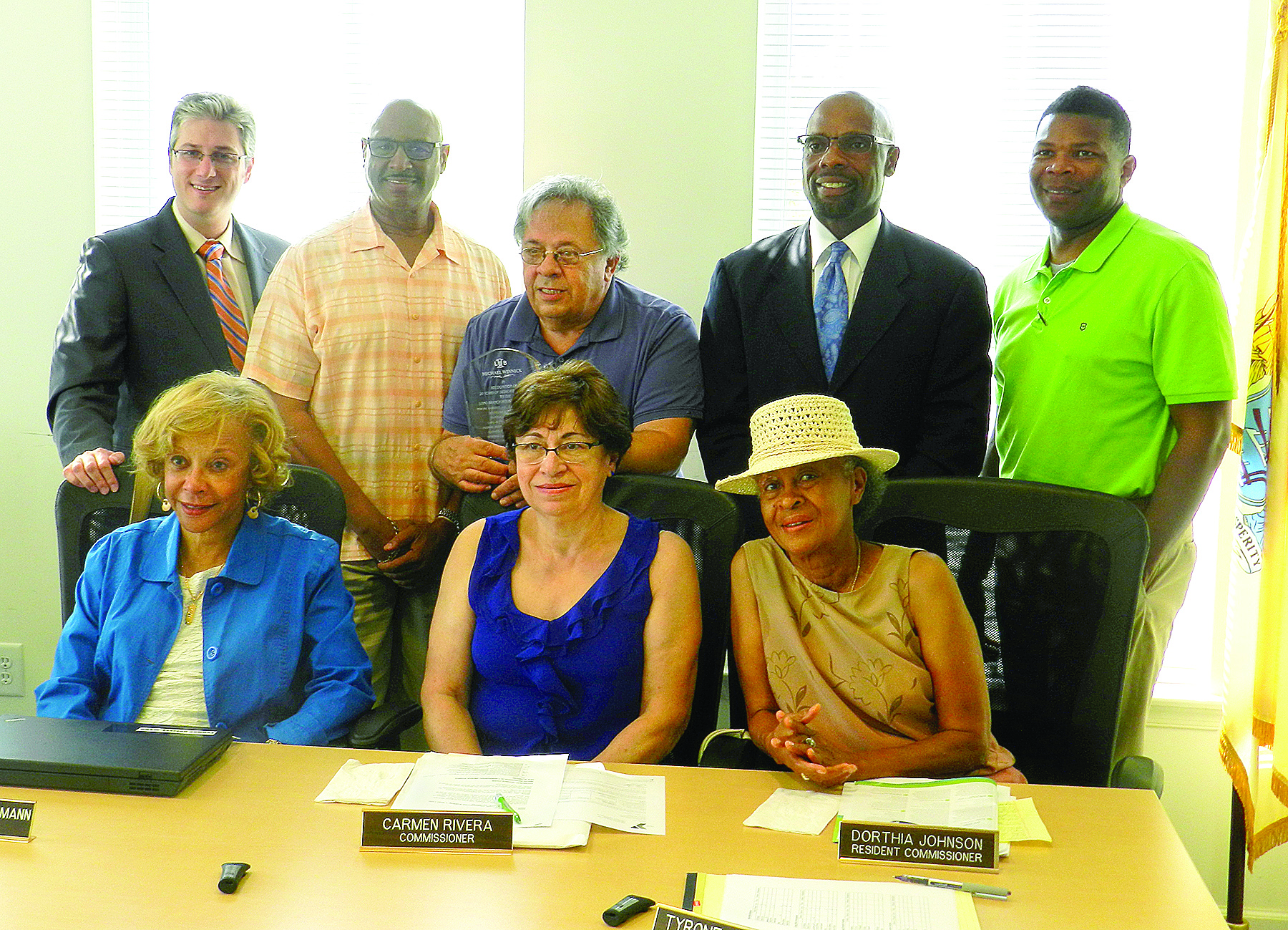 By Neil Schulman
Long Branch — After 24 years, Michael Winnick has resigned as a Commissioner of the Long Branch Housing Authority.
Winnick’s last meeting was Tuesday night, where he was honored by his fellow commissioners for his long service to the community. 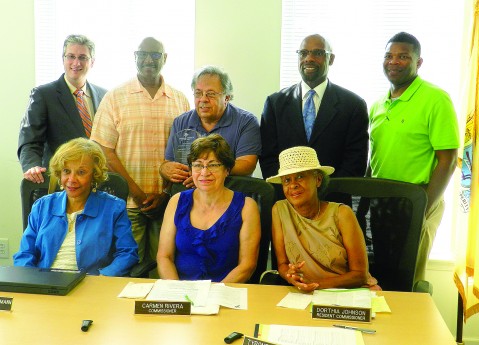 Commission Chair Donald Covin called Winnick a “dedicated soldier” as he presented him with a plaque of appreciation for his years of service.

“I learned a lot from you,” Covin said.

Winnick was joking throughout the meeting. When the commissioners voted to accept an employee’s retirement, he quipped “How come they let him retire and they don’t let me yet?”

But he said that he was proud of the Long Branch Housing Authority, its commissioners, and what they have accomplished — and the fact that he could make jokes here.

“We kid around, we joke (at meetings because) we’ve ironed out any problems before they come to us,” he said.
When he started, six hour meetings where the commissioners quarrelled and got nothing done were the norm, he said. Today, things are productive, and meetings are often over in half an hour or less. “In the old days, that wouldn’t have happened.”
Winnick also thanked everyone for the support he has received recently.

“I’d like to thank those people who voiced concerns about my health,” he said. “I really appreciate this, and I don’t know what to say.”
* * *
A sign that the Long Branch Housing Authority has grown, at the meeting they expanded their original 1939 agreement to let them do work outside of the city.

Executive Director Tryone Garrett said that in 1939, Long Branch signed a “Cooperation Agreement” with the Long Branch Housing Authority. In exchange for one dollar, the authority was allowed to operate and construct affordable housing within the city borders.

In recent years, however, the Authority has been doing more than just Long Branch, including to help manage the Asbury Park Housing Authority.

Garrett said that a couple of years ago, the LBHA learned it might be eligible for funds for projects outside the Long Branch borders — but the Department of Housing and Urban Development (HUD) said that the Cooperation Agreement limited these operations to Long Branch.

“This year, they told us if you amend your jurisdiction agreement, you can operate outside your city limit,” Garrett said.
Garrett said that 75 years ago when the agreement was signed, nobody envisioned this sort of cooperation between authorities in different communities, or the scope that HUD would acquire.

The City Council must also accept the modified agreement, and is expected to vote on it next week.