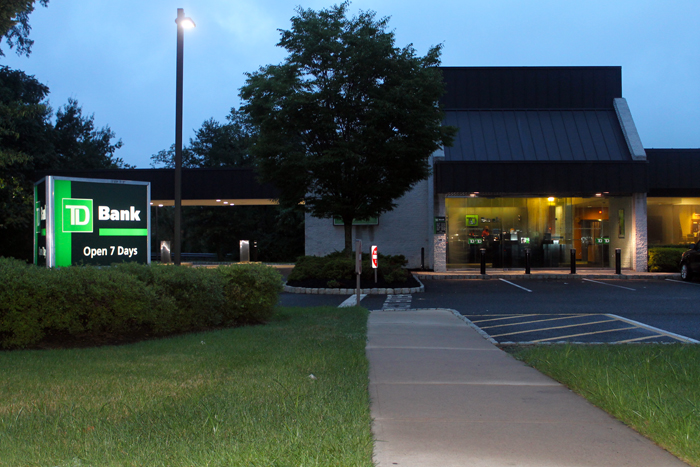 Investigators are working to determine who is responsible for the armed robbery of the TD Bank in Eatontown Thursday morning, announced Acting Monmouth County Prosecutor Christopher J. Gramiccioni. 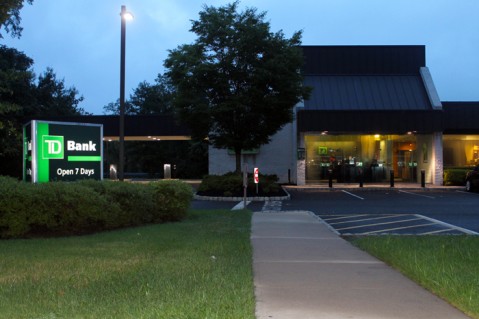 At 9:22am, the Eatontown Police Department responded to the TD Bank, located at Wyckoff Road and Route 36, on a report of an armed robbery. Responding officers determined an individual robbed the bank at gunpoint, escaping on foot with an undetermined amount of cash. The suspect was described as a black male wearing a gray hooded sweatshirt and baggy jeans, armed with a semi-automatic handgun. He was last seen running towards Laurel Garden Apartments.

The Eatontown Memorial School and Vetter School were placed on lockdown at the request of Eatontown Police Chief Michael Goldfarb as a precautionary measure while police officers conducted a search of the area.

Anyone who may have witnessed the incident is urged to contact Detective Pat Petruzziello, of the Monmouth County Prosecutor’s Office, at 1-800-533-7443 or Detective Aaron Shaw, of the Eatontown Police Department, at 732-389-7649.