‘The Substance of Bliss’ comes to NJ Rep

Friends and Families Live in Style 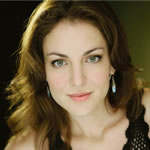 New Jersey Repertory Company, located at 179 Broadway in Long Branch, announces the world premiere of The Substance of Bliss by Tony Glazer. 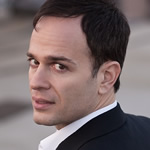 It’s 2am… do you know who your child is? While Paul and Donna nervously await the return of their troubled fifteen-year-old late one night, they find themselves questioning their renovation choices, the political and religious persuasions of their neighbors, the feral cats running amok in their backyard, and ultimately, their decision to marry and have the child that is causing them so much angst.

The cast includes Christopher Daftsios (Swimming at the Ritz) and Susan Maris (Happy) and is directed by Evan Bergman (The M Spot).

Sneak preview performances to this limited engagement begin Thursday, January 14 with opening night Saturday, January 16 at New Jersey Repertory Company (179 Broadway, Long Branch, NJ), and will run through Sunday, February 14, 2016. Tickets may be purchased by calling 732-229-3166 or at www.njrep.org.

Tony Glazer (Playwright) — Glazer is an award-winning writer, director and producer, and a Managing Partner and founding member of Choice Films & Choice Theatricals. He also serves as both a Managing Member and Board Member of The Private Theatre. Glazer’s plays have been produced in New York, Los Angeles, Chicago, Philadelphia, Canada and England.

He just wrapped production on his first feature film, Junction, which he wrote and directed and which Hollywood Studios International now represents. His short film, A Younger Man, is now in several festivals around the country and has won multiple awards. Evan Bergman (Director) has worked on many NJ Rep world premieres: The M Spot by Michael Tucker; A View of the Mountains by Lee Blessing; The Tangled Skirt by Steve Braunstein (nominated 2011 EDGAR Award); Saving Kitty by Marisa Smith; American Stare by Tony Glazer; Jericho, Poetic License and Place Setting by Jack Canfora.

Christopher Daftsios’ (Paul) New York Theater credits include: Picture Ourselves In Latvia, Visitor from Forest Hills, Of Mice and Men, The Muckle Man, A Flea in Her Ear. He has appeared in numerous regional theater productions, and has collaborated with Berlin directors Johanna Hegenscheidt and Christoph Winkler creating over a dozen original theatre pieces performed in over thirty venues in New York and throughout Europe. His most recent collaboration with Winkler, True Face: Dance IS Not Enough won Germany’s prestigious Faust Award: Best New Theatre 2014.