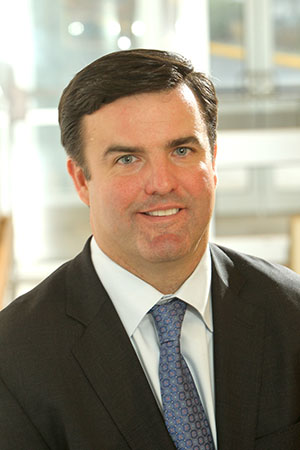 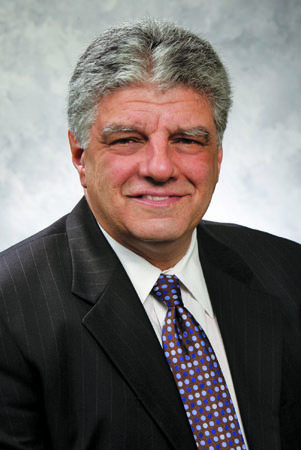 The appointments are effective April 1.

Arnold is a leader in the development of strategic partnerships and a champion in the growth and development of both outpatient and emergency services.  As COO, Arnold is responsible for the oversight of all clinical and non-clinical departments, ensuring the highest quality of care while maintaining the most efficient management of resources.
Dr. Vozos began his career at MMC in 1975 in a five-year residency program in general surgery. He has been a dedicated member of the greater Long Branch community ever since — basing his entire professional career at MMC.  A fellow of the American College of Surgeons and a diplomate of the American Board of Surgery,

Dr. Vozos served as program director of the general surgery residency program at MMC for 20 years and president of the hospital’s 900-member Medical and Dental Staff.   In 1998, Dr. Vozos was named President and CEO of MMC. During his tenure, he has overseen a period of tremendous growth and expansion of the hospital and its programs and services, as well as the merger with Kimball Medical Center, now Monmouth Medical Center, Southern Campus.

“Frank Vozos’ vast experience as a surgeon and hospital chief executive will be essential to his new system role,” stated Barry H. Ostrowsky, President and Chief Executive Officer of Barnabas Health. “He will participate in clinical integration, strategy and growth of the system as Barnabas Health expands, and simultaneously oversee day-to-day operations at Monmouth Medical Center, Southern Campus.

“Barnabas Health is fortunate that Bill Arnold, a career-long member of the senior team, will assume leadership of Monmouth Medical Center,” he said. “His extensive experience and knowledge of hospital operations and his understanding of the new model of health care will serve both facilities and Barnabas Health well into the future.”

Arnold has overseen the growth and development of many clinical services at MMC including the ambitious expansion of Monmouth’s Emergency Department; the renovation of Monmouth’s Neonatal Intensive Care Unit, Pediatric Intensive Care Unit and the Operating Rooms to accommodate an expansion of minimally invasive surgery, robotic surgery and spine surgery.

Arnold received his Master’s Degree in Healthcare Administration from Seton Hall University and received his Bachelor of Science degree from Stetson University.  He sits on the Board of Directors for several community organizations, including Long Branch’s Federally Qualified Health Center and the American Red Cross Jersey Coast Chapter.