Head of police speaks on how dept. follows King’s vision 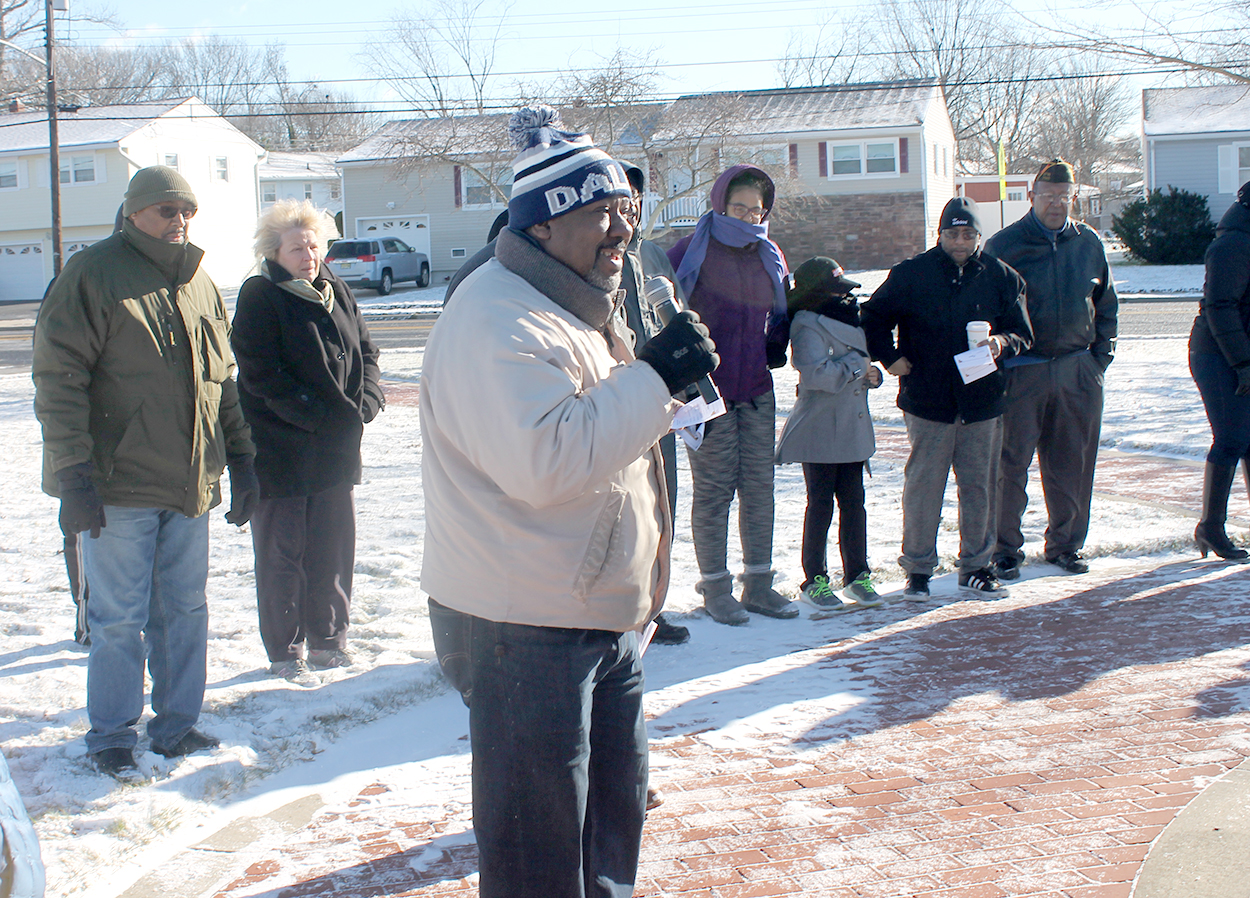 By Neil Schulman
Long Branch — In several prominent incidents around the country over the last few years, there has been tension between local police departments and the African American community. Long Branch has worked to prevent that from happening here.

The Long Branch VFW has a Presentation of Colors to start the ceremony.

The Martin Luther King Jr. Guild of Long Branch invited City Public Safety Director Jason Roebuck to be the keynote speaker at the MLK Birthday Observance on Monday morning. Roebuck spoke about why Long Branch didn’t have the sort of problems that have been seen in Ferguson, Baltimore and elsewhere.

“While I can’t say we don’t have problems here, I can honestly say here in the city we work together to solve them,” Roebuck said.

The city’s police stay involved with the people, he said, as evidenced by the fact that Roebuck wasn’t the only person from the police department at the ceremony. Several officers attend every year.

The Long Branch Police Department works with the NAACP, the schools, the Housing Authority and other organizations to prevent these issues.
“Working hand in hand I think makes us a lot better, and we get a lot more solved,” Roebuck said.

He said that he admires King’s vision, and pointed out that one of the major things King preached, and one of the toughest to practice, is non-violence.
Incidents of violence against police “only adds to the problem,” he said. This is especially the case because those protesting the police are often in areas where officers are needed.

“If you have enough money, and you’re rich and you live in a nice house up on a hill, you really don’t need us. But the people here in the inner city, people all across the USA in the inner city, are the people who need us,” Roebuck said. Not responding to those in need there would be an injustice.

Robert Peel, who started the first modern police force, said that the police were the public and the public were the police. Long Branch keeps that idea in mind, Roebuck said.

“We hire locally. We train our officers all the time, and we push our officers to get in touch with our people,” he said.

Roebuck said he’s trying to get the city police even more closely involved in the community. The Long Branch Police Department has recently extended its efforts to work with the schools, and he wants to reinstate the bike patrol program.
It’s also installing video cameras in cars, and plans to have wearable body cameras for officers soon.

“While we don’t have that kind of issue here, it’s never a bad idea to have that, just in case,” Roebuck said.

“As Martin Luther King said, injustice anywhere is a threat to justice.”
* * *

With snow on the ground, temperatures in the 20s and a strong wind blowing from the river by Martin Luther King Jr. Memorial Park on Atlantic Avenue, the ceremony was kept moving along. Following Roebuck’s remarks, Guild member Jacob Jones placed a wreath on the MLK monument as Catherine Darby delivered some remarks.

The ceremony was the culmination of several events over the previous week in honor of King’s life and dream. Those included a Gospel Night at Trinity AME Church, a soul food dinner, a march from the park to Second Baptist Church, and a ceremony at the church to honor King.