Theater Review: Say I do to a chance to see ‘For Worse’

Easter Egg Hunts in the city 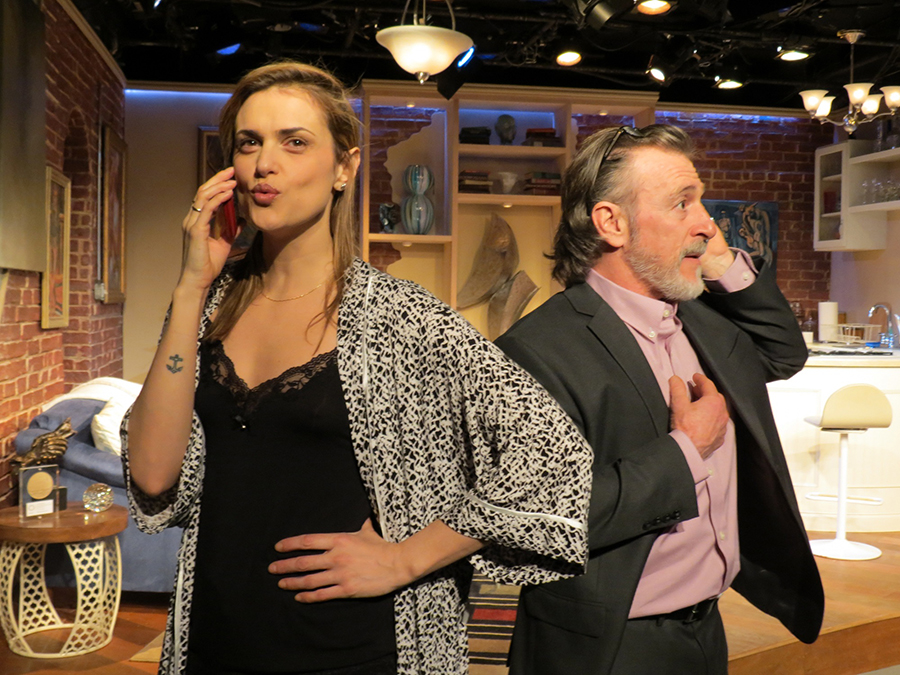 For Worse, the extremely funny play by Deborah Rennard having its world premiere at New Jersey Rep, starts just after Peter Richards (Ed Kershen) has informed his wife Karen (Kristin Griffith) that for the last two (or is it three?) years he has been having an affair. 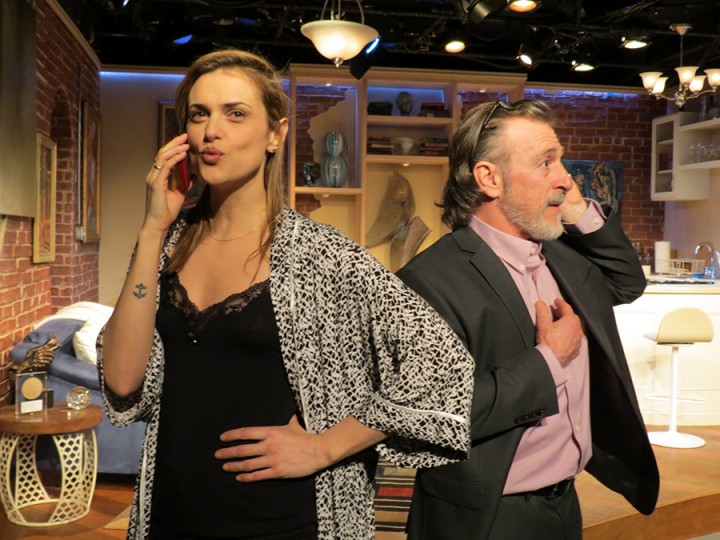 Peter’s rationale for confessing is that he doesn’t want to hurt Karen any further, because he loves her. And well he should, because not only do they have 30 years of marriage, three grown daughters, and a successful art gallery between them, but Karen is a lovely, elegant, intelligent, age-appropriate partner. Moreover, she is magnanimously forgiving, willing to pardon Peter and work things out.

This does not suit Peter at all! His plan was to get Karen to throw him out because his hot, beautiful, 26-year-old Italian-French girlfriend Lucia (Daniela Mastropietro) is impatiently waiting for him to leave Karen and fall permanently into Lucia’s arms. However, his increasingly hilarious efforts keep failing.

At last, Karen is driven to rage after realizing Peter is in touch with Lucia even as he is talking with his wife. She intercepts his phone and incredulously reads one of Lucia’s messages: “I want to duck you to death.” “Auto-correct,” Peter sheepishly explains. The ensuing fight leads to some surprising and entertaining consequences, including a three way confrontation during which Peter worries that behind her veneer of civilization Karen is putting arsenic in his tea.

The fourth member of the excellent ensemble is Angie Tennant as Ashley, Peter’s intern at the gallery. Ashley is a pretty 22-year-old (no surprise, considering she works with Peter) and I wish she had more to do.

Mixed with the farcical arguments, overheard conversations and other surefire stuff of comedy are serious, tender scenes. Peter lies to every woman in his life (Lucia learns under the worst circumstances that he has shaved seven years off his alleged age), but he has a sweet side, as Karen recalls when reminiscing about the care he took of their premature daughter. The characters are complex. Wronged Karen has secrets and regrets of her own, and Lucia has more depth than just a home-wrecker. Under Evan Bergman’s direction, the actors bring out the nuances amid the laughter.

The set by Jessica Parks nicely invokes the living room and kitchen of a West Village brownstone, plus a scenic bonus in the second act. The costumes (Michael Bevins) clearly delineate the three female character’s ages and statuses.

Peter and Karen find that marriage is for worse as well as for better, but the audience to their story is in for an unequivocally better time.