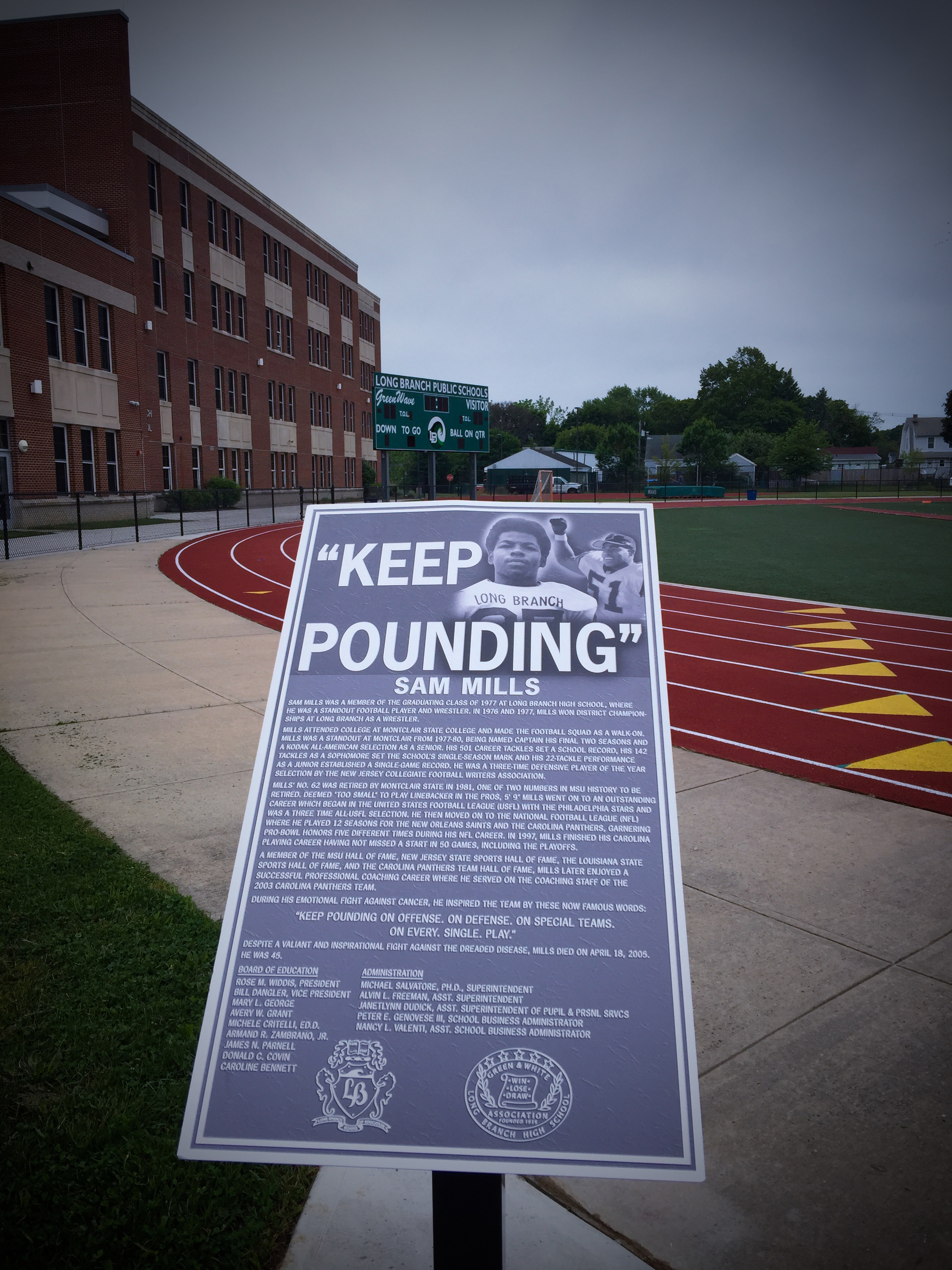 The district also unveiled a new plaque at the Bressett Stadium on the campus of the High School. Just off the Melvin T. Rahn Oval and near the “Army” Ippolito Football Field is a remembrance for the late Sam Mills, Class of 1977.

Mills played four years of football for the Green Wave and then played at Montclair State University. After college he played a short time in the USFL for the Philadelphia/Baltimore Stars. He was then picked to play for the New Orleans Saints and finished his career with the Carolina Panthers.

August 2003, Mills received news that he gad intestinal cancer and was told he had only a short time to live. He gave a speech to the Panthers, saying that he would “keep pounding” in regard to battle with cancer. Mills coached the entire 2004 season, but passed away on August 18, 2005.

“Our students as they take the field will now pass that plaque with his message of keep pounding,” said Dr. Michael Salvatore, Long Branch Superintendent of Schools. Salvatore spoke of that inspirational speech that Mills gave. “He wanted everyone to know that you should never quit, never give in. You can succeed if you ‘Keep Pounding’ keep going. That quote by Sam is now embroidered in ever uniform jersey of a Panther player. And during the last Super Bowl in which Carolina won, they showcased Sam and that’s right he was from here, Long Branch. So never give up on your dreams.”

The Panthers retired his number 51 and the Long Branch Public Schools also retired his high school number. In 2009, the College Football Hall of Fame inducted him into their prestigious program.