School custodian among 40 charged with possession of child pornography 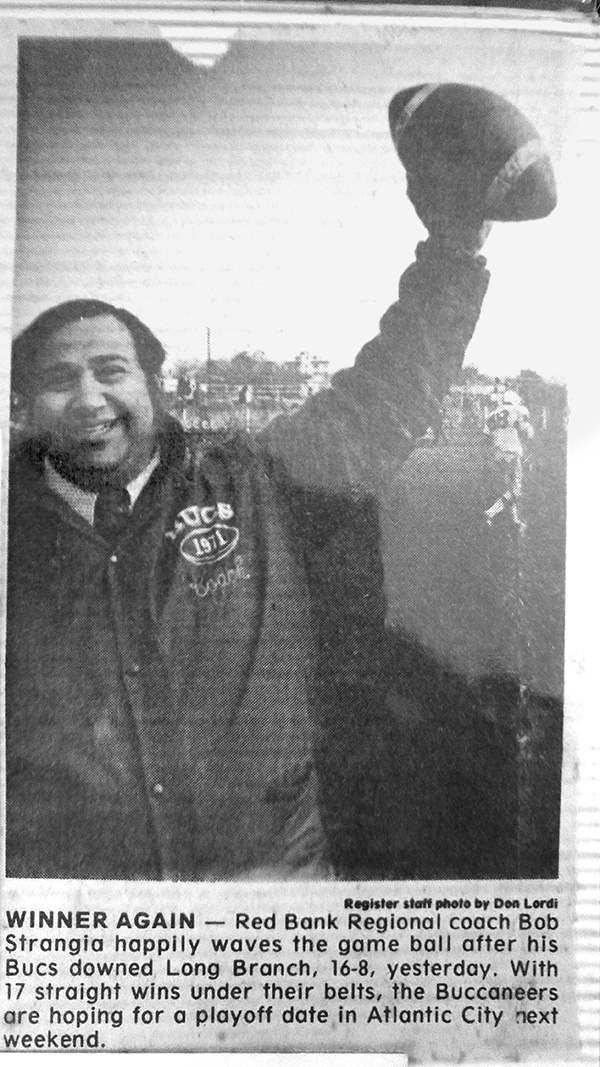 A 1971 photo of Coach Bob Strangia from the Red Bank Register.

Robert Strangia is a football coaching legend at Red Bank Regional High School and a member of the NJ Sports Hall Of Fame.

Now a group is seeking to change the name of the sports stadium at the high school in his honor. 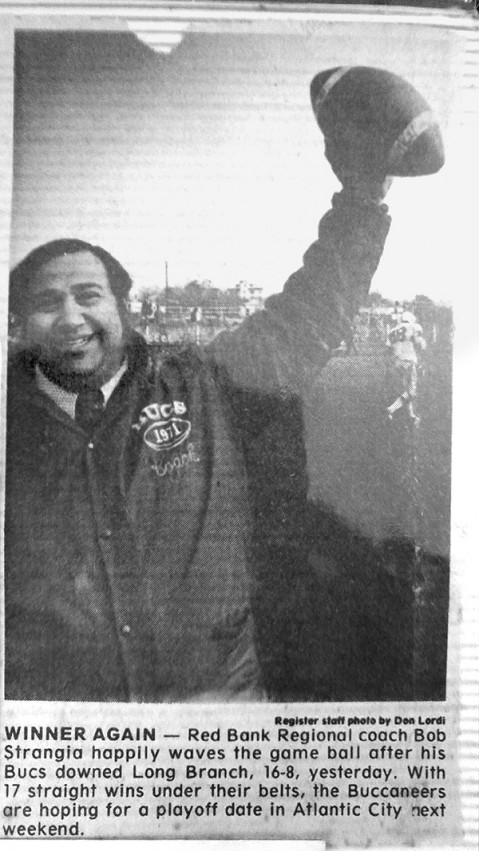 A 1971 photo of Coach Bob Strangia from the Red Bank Register.

“He changed the entire culture of the school, community, and football team,” said RBR alumnus Larry Campanella. “Coach Strangia brought the idea of team first into fruition, as his famous quote ‘forget all about your race,’ started a team of players that loved each other! Black and White kids would gather at alternate homes and towns for weekend breakfasts. Parents of all races and creeds grew as close as the kids.”

Strangia became not only a coach, but a father figure to many kids both during high school and well beyond adulthood. Many of his players became even more successful in life than they were on the field, crediting his lessons.

He came to Red Bank after coaching high school football in Jersey City (Dickinson HS), and after a 6-3 rookie campaign at RBR in 1970 (which started his six-year dynasty), the undefeated ’71 Bucs were recognized as one of the best teams in New Jersey. After a rebuilding season in ’72, the ’73 Bucs began the Shore’s longest streak at the time, of 28 games in a row.

The 1974 team was undefeated, as was the 1975 Team, who were Central Jersey Group 2 State Champions after “The Game Of The Century” win against Hightstown.

Coach Strangia decided to go out a winner and retired from coaching after the ’75 season.

This movement was organized by two stars of the ’75 Buc State Championship Team, Jerry Agee and Peter Soviero, and they request Buc Alumni to show their support by either writing Principal Risa Clay, rclay@rbrhs.org, the Superintendent’s office, or Athletic Director Del Dal Pra, ldalpra@rbrhs.org.

In addition, RBRHS Buc Alumni and friends are encouraged to attend this month’s board of education meeting August 24, at RBRHS at 7 p.m.