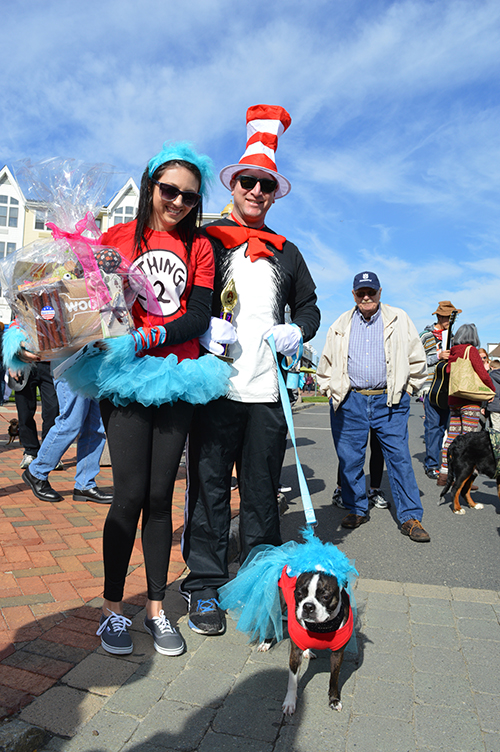 It was postponed from the Saturday before, but that didn’t stop the crowds and the pooches from coming out October 29 to the Long Branch Fall Festival & Pooch Parade at Pier Village, sponsored by the Greater Long Branch Chamber of Commerce and Pier Village.
“We weren’t sure how the weather would be today, but it turned out to be beautiful,” said Nancy Kleiberg, Executive Director of the Chamber.

There was plenty to do, with bouncy rides, K9 demonstration, build a scarecrow (sponsored by Kearny Bank), and costumed characters such as Elmo, Mickey Mouse and Spiderman roaming around interacting with delighted children.

There was a DJ set up on the boardwalk, and a demo by the Long Branch High School dance team performing to Michael Jackson’s Thriller.
Build-your-own scarecrow was a big hit, with loads of donated clothing and plenty of decorations to make faces, hair and much more.

“We had more scarecrows than we thought we would,” Carol Feldman from Kearny Bank said as kids and adults delighted in  decorating pillowcases then stuffing them with hay. “We couldn’t have done it without help from  Johathan, Rocky and Kelly from the Long Branch Fire Department.”

Dogs dressed in Halloween costumes were a big hit. One dog, owned by Don Wheeler, decked out in a red wig dressed as Donald Trump, took third place. Second was a cute little white dog with a green mohawk owned by Donna Shawn of Long Branch. Taking third was Sophie as Thing One with owners Kristi Topp and Tim Fawcett of West Long Branch. The judges were the dynamic duo of Superman and his sidekick Pauline Poyner. 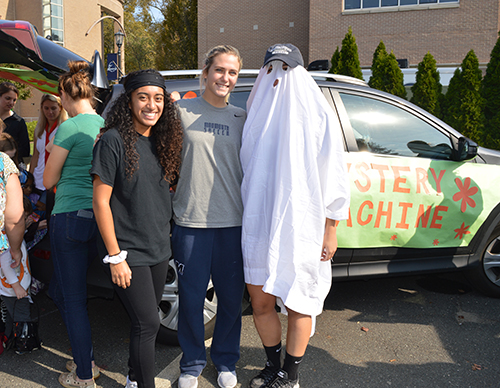 Monmouth University Trunk or Treat a big hit for the community 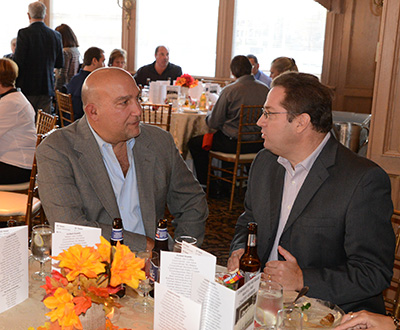 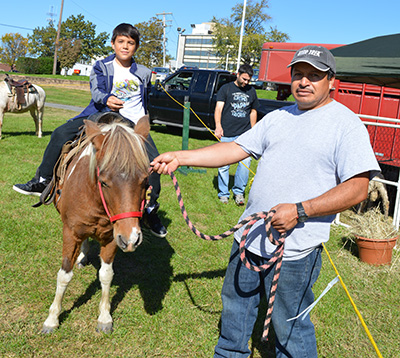