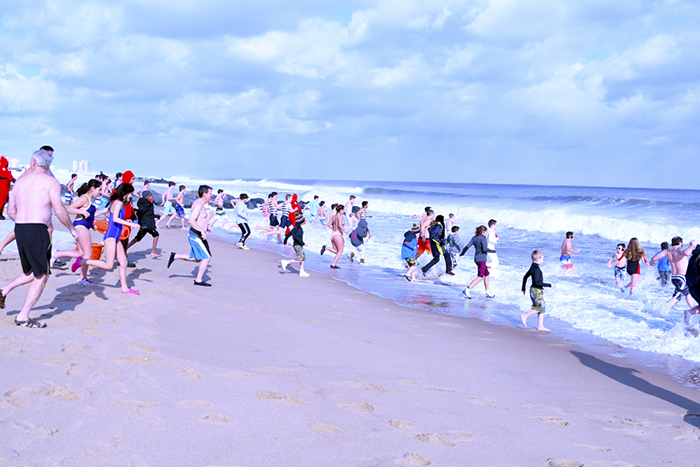 It was a true polar plunge last Sunday, with the Long Branch beaches covered in snow, a biting wind with bitter temperatures.

That didn’t stop supporters of the AOH Polar Bear Plunge, now in it’s tenth year, sponsored by the Ancient Order of Hibernians.

The theme was Elvis, and some did brave the frigid ocean as the notable singer with black wigs, signature sunglasses and outfits, though most were dressed in nothing but a mere bathing suit.

Everyone waited, shivering, for the countdown. Then they ran through the yellow tape and headed enthusiastically into the ocean. Those present to lend their support were dressed more appropriately in winter gear — still looking uncomfortably cold.

Long Branch Police, Fire and First Aid Departments were on hand in case of a problem. This year there was a dip in the surf, causing one Elvis to require help.

Everyone was invited to Rooney’s afterward to warm up.

The event is held in January in Long Branch, and would not be possible without the help of Rooney’s and the support of the town in general.