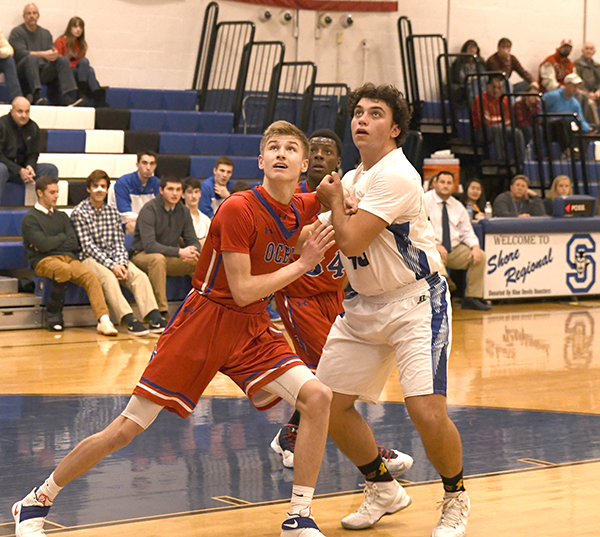 Their high schools are only separated by a few miles and yet Ocean Township and Shore Regional rarely faceoff in athletic competition.However, on Saturday, January 21, the Blue Devils hosted the Spartans of Ocean in a basketball double header. It was also a fundraising event for the late Alex Munoz, a student of Shore Regional who passed away from cancer.

The Spartans won the first game 52-37 as a result of a big surge in the second quarter. The Blue Devils had opened an 8-7 lead, but Ocean came out strong to close out the first half outscoring Shore 18-7, and taking a 25-15 advantage into the halftime break.

Starting the second half the Spartans outscored Shore 16-12 in the third quarter and 11-10 in the fourth. Andrew Seager was the leading scorer for Ocean with 15 points. Jack Miller was right behind him with 14, Darius Brown scored nine, David Yatcilla and Santieno Harding each had six points for the Spartans. With the win, Ocean improved to 10-4 overall and 4-4 in the B North.

. Shore is now 4-8 overall and 2-5 in the Shore Conference Class A Central division.

The best news of the afternoon was that after the doubleheader was over the basketball teams of Shore Regional High School raised over $7,000 for the Alex Munoz Memorial Scholarship. Charley’s Ocean Grill in Long Branch also hosted an after-game fundraiser event which was a delicious success.