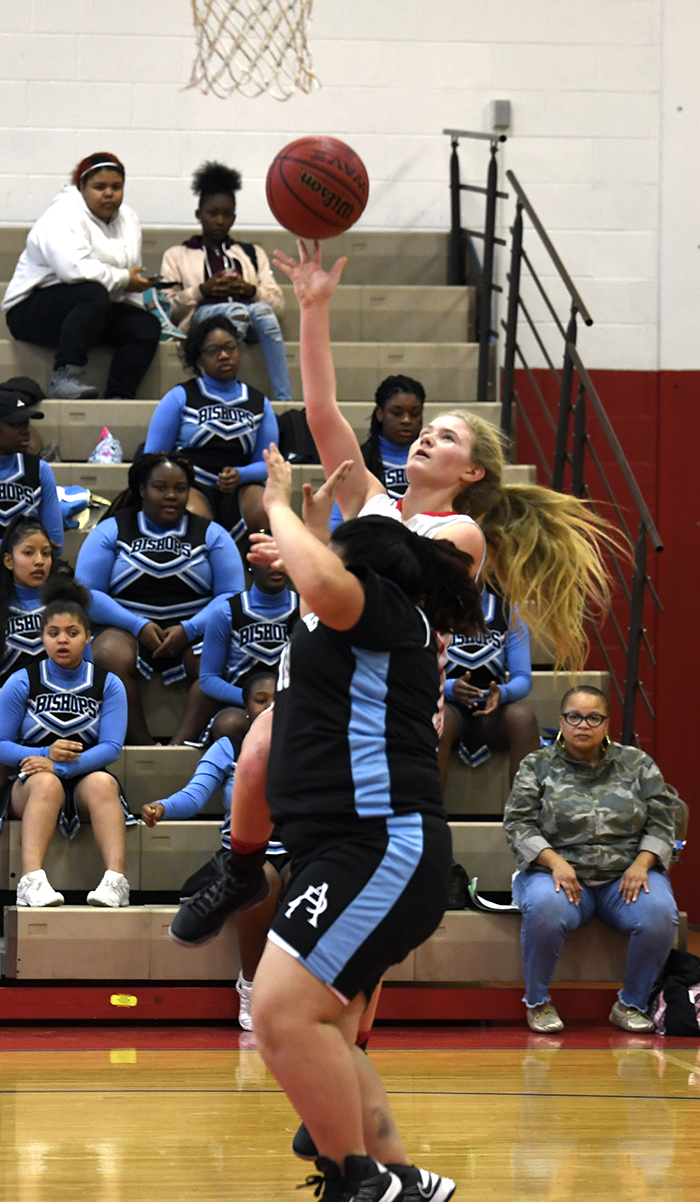 . It was an unusual start time and the gym had only a few diehard fans, but it was a good 39-33 win for the Spartans.

In the first quarter against the Bishops the Spartans took complete control leading 16-4. During those opening eight minutes Morgan Bartlett scored 10 of her game-high 19 points for Ocean. The second quarter was a bit tighter, however Ocean had outscored Asbury 11-8 and took a 27-12 lead into the halftime break.

Starting the second half both schools were cold. In the third quarter Ocean bested Asbury Park 8-4. The final quarter of the game Ocean pulled their starters and allowed the bench players to get some needed floor time.

Asbury Park took advantage of that and were able to climb back to within four points of the Spartans. That’s when the starting five made their return to the game and held off a charging Blue Bishop squad, who outscored Ocean 17-4 in those last eight minutes.

Asbury Park, which plays in the B Central division of the Shore Conference qualified for the NJSIAA Central Jersey Group 1 tournament as the 11 seed. In the B Central they had a 5-11 record and are 6-14 overall. Kiara Wood led all Blue Bishops with 16 points.

Ocean didn’t qualify for the NJSIAA State tournament and the Asbury Park game closed out a tough season.

The Spartans play in the B North division of the Shore Conference with powerhouse schools; Manasquan, RBC, Middletown South and North, Wall, Monmouth Regional and Long Branch. So wins were difficult to notch this season.

In the B North this year the Spartans were winless going 0-14. With the win over Asbury Park they finished 5-20 for the season overall.