‘Love Wins’ documentary to be screened at Film Fest 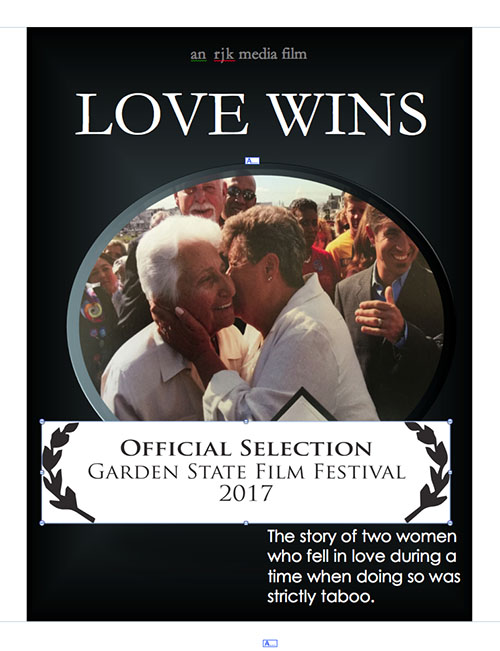 Long Branch — “Love Wins,”  by award-winning filmmaker and city resident Robin Kampf, and featuring a local Ocean Grove couple, has been selected to be screened at the Garden State Film Festival in Atlantic City later this month. 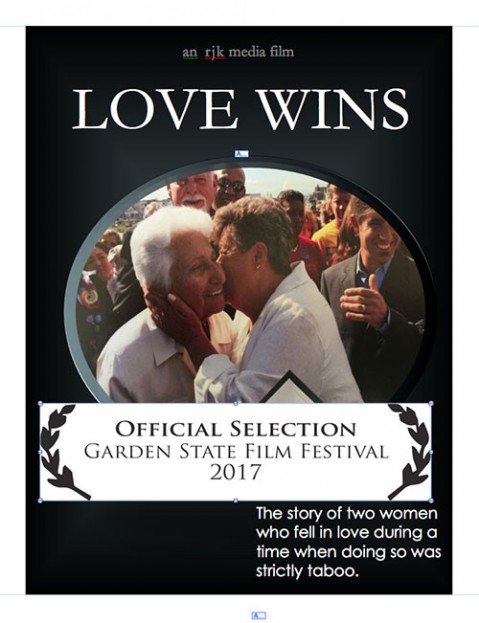 The film, which profiles Jan Moore and Emily Sonnessa and their decades-long struggle for equal rights and marriage equality, will screen at the Resorts Superstar Theater on Saturday, April 1, at noon.
“Love Wins” won Best Documentary short at the Red Bank Film Festival last July and was a finalist official selection in the Black Maria Film Festival this year.
The film has been screened at several venues in New Jersey to sold-out audiences and is now making the national film festival circuit.
“The film tells a story that is unique, yet one which everyone can relate to,” says Kampf.
“It’s a love story that reflects a time of struggle and changes to our culture and society,” she added.
Robin Kampf is an award-winning writer, producer, director, cinematographer and editor with several years of experience in non-fiction documentary and news/features production.
Kampf began her career in TV production working in local news and features while managing a team of producers for a local TV station. She has also worked in locations and management on several feature films including “Presumed Innocent,” “Bonfire of the Vanities,” “Jacobs Ladder,” among others.
Kampf was recognized by the National Academy of Cable Programmers with 4 National Ace awards for producing as well as receiving “Producer of the Year” from the New Jersey State Cable Television Association. Robin also produced several award winning public affairs programs for the New Jersey Secretary of State’s Office and the 10th Annual Governor’s Awards Television program airing live from the State Theater in New Brunswick.
She currently has owned and operated her own video production company working in all facets of production in cable, broadcast and corporate television. Robin continues to serve as an adjunct practitioner professor teaching studio and field production and editing at several notable colleges and Universities in the tri-state area.
For more information of Love Wins go to rjkmedia.wixsite.com/ lovewins.
For more information on the Garden State Film Festival go to www.gsff.org