Not Just for Kids Anymore! Relax with the 20/30 Coloring Club at the Long Branch Public Library 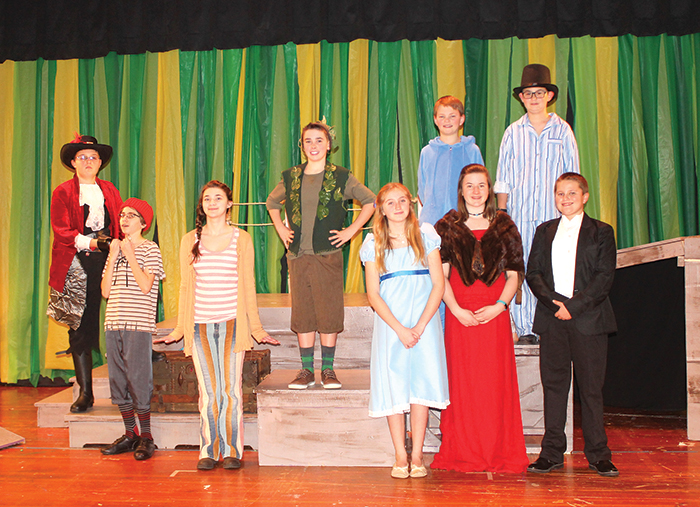 The cast of Peter Pan practices for opening night with a dress rehearsal.

By Neil Schulman
Oceanport — This weekend, you’ll believe a boy can fly at Maple Place School, as the students present “Peter Pan Jr.” 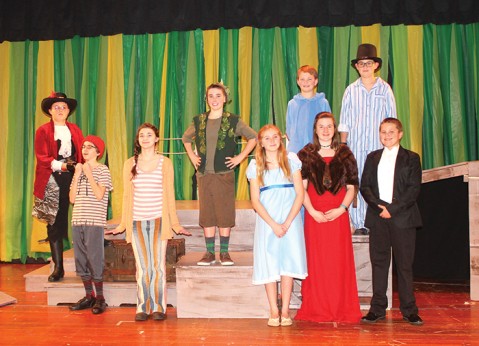 The cast of Peter Pan practices for opening night with a dress rehearsal.

Playing the title role of Peter is Griffin Barfield, a seventh grader. Among those joining him on stage are Drew Macioch as Wendy, Aaron Sigmond-Warner as Hook, Jonah Sussman as Smee, Kevin Barfield as Michael, John Ruane as John, Walter Hunter as Mr. Darling, Abby Kopec as Mrs. Darling, and Ravenna Gemini as Tiger Lily.

Some of them are fifth graders new to the Maple Place School plays; others are eighth graders who have been part of every production.

Directing the show is music teacher Erica Bach, who, for the last ten shows has worked with DJ Brown to put on elaborate productions. Bach and Brown met when they were students at Monmouth University, and he commutes from New York each year to work with the students.

Other teachers who make the show possible are art teacher Kelly Jakubowski, who designs the sets; and Patty Cooper, who is in charge of costumes. Also assisting is Adrienne Petrillo, who attended Maple Place and was in the Shore Theater.

“It’s exciting to be back,” said Petrillo, who serves as stage manager.

As for the students, they find the experience very meaningful.

“It means a lot to be in the show,” said Aaron Sigmond-Warner. “With Mrs. Bach and Mr. Brown, each year you do it and it means more.”

“I always look forward to it,” said Melanie Watts. “It’s my favorite part of the year.” She said it’s great to work with so many other people who share the same talents.

Jonah Sussman, who’s been involved all four years, said that it’s always exciting to see how things come together.

“I think it’s cool how over four years you can really learn all the ins and outs,” he said. “It’s also just fun to go to.”

For Griffin Barfield, it’s a learning experience. “The play just brings out another side of you that you never knew.”

Based on the Disney film and J.M. Barrie’s enchanting play, Disney’s Peter Pan Jr. is a modern version of the timeless tale about a boy who wouldn’t grow up.