Great deals for great cause at St. James Thrift Shop 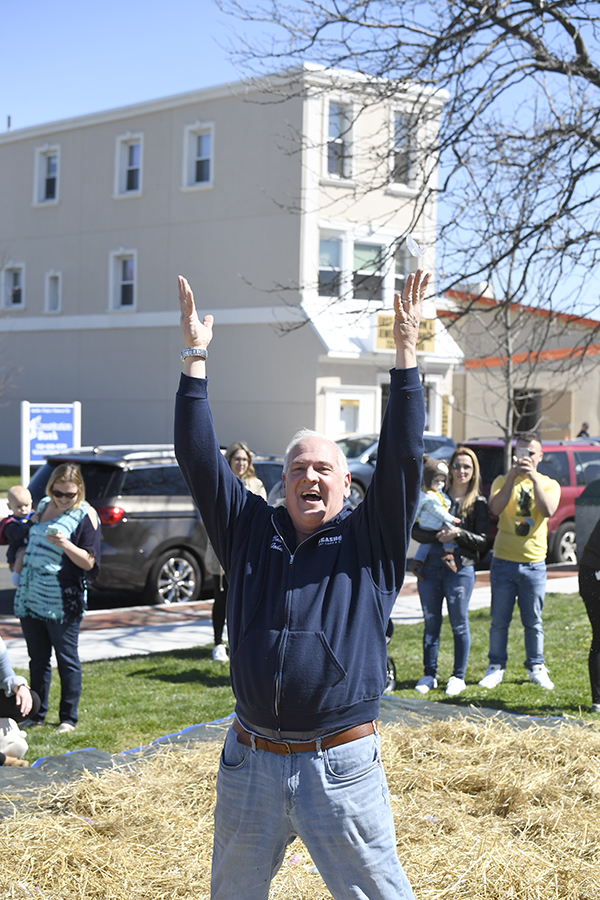 Long Branch – Seashore Day Camp and School and the Long Branch Chamber of Commerce held the annual Easter Egg Hunt at West End Park last Sunday.
“Sometimes we get rained out and have to postpone this to another day,” said Seashore director John Villapiano. “But today is beautiful, and I’m happy to see everyone here!”

His Seashore crew spread out the bales of hay, then Coach John threw handfuls of pastel candy eggs into the air. Of course, the coveted golden egg was also hidden in the hay for one lucky egg hunter in each age group.

“We couldn’t have asked for a better day,” said Chamber director Nancy Kleiberg who, along with Lisa George, was kept busy handing out prizes to hunt winners.

The groups started from 2-3 years old on up to 12, all with their own event. Everyone went away with something, if not the grand prizes of a chocolate Easter Bunny for finding the golden egg or the most eggs, they all were able to keep their eggs.

All were excited and happy.

Winning for the most eggs in the two-year-old division with 34 eggs (parents were encouraged to help) was Aaron Diaz.