John Pallone to run for mayor 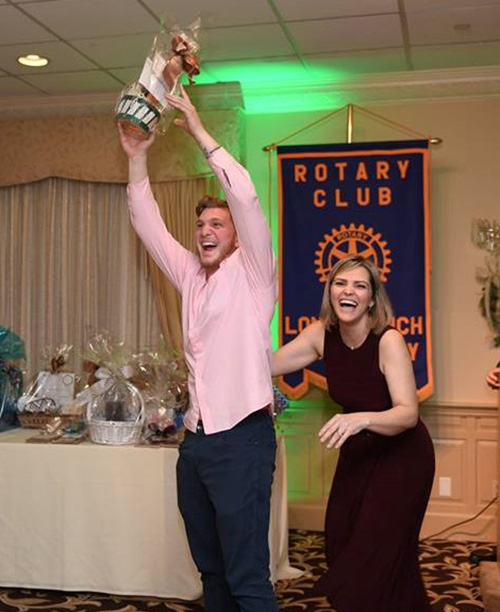 By Patty Booth O’Neill
No one was more surprised by the Greater Long Branch Rotary Club honoring the Long Branch Department of Public Works than employees of the DPW.

“When I got the call from Luciana Silva (Rotary President) I wasn’t sure if she had the right department,” said  Stan Dziuba, Director of Public Works. He said that usually when they get a call, it’s a complaint. “In my 17 years working with Public Works, I don’t ever remember being honored the way the
Rotary did.”

Held at Branches  in West Long Branch, department members were treated to dinner, prizes and a night of dancing and entertainment.

When Luciana was asked why she chose to honor the DPW, the answer came easy for her. “I always believe they are essential but no one sees how essential they are. I like the job they do and I realize we need them so much. I see them working on the street and they are so happy.”

Mayor Adam Schneider was impressed by the event and how much support the DPW got. “It was a wonderful event. The Rotary and Luciana were extremely generous,” Schneider said.

He added that just as important was the thoughtfulness that went into acknowledging the department. He said the  DPW was very appreciative. “Those guys deserved it, and the Rotary Club recognized that,”  Schneider said.
Employees received a ticket at the door and their names were called out during the evening to win prizes.

“We made sure they won by calling out their names, not numbers,” Luciana said. “We wanted it to be personal, to show them we are here for you, you are so important to us.”

“There were some great prizes,” said Ken Gittell, Rotary Secretary. “There were hardwood floors, gift certificates, cash. Everyone was happy with the prize they won.”

Dziuba said he was amazed at how they put it all together and how many prizes they got for the guys. “When I put up a notice that they were being honored with a dinner, they all asked the same question, ‘Are you sure they got the right place?’ They’re still talking about it at work,” he said.

Silva said that she got so much support and could have had many more prizes.

“Everyone I asked to be a sponsor said yes… I didn’t get one no.”
She said that she still has something in mind for next year. Something bigger and better.

“It was something I was so proud of. My heart was in that project, so I think everyone was happy.”