How the ‘Wolf at the Door’ came to NJ Rep

Pre-filled vote by mail ballots being sent by campaigns 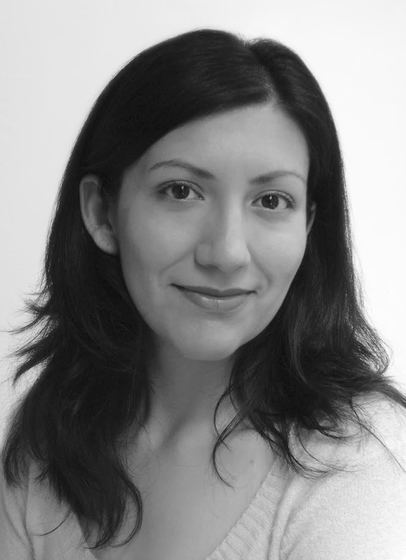 Long Branch — New Jersey Repertory Company is known for producing first run plays such as Wolf At The Door, which premieres this week.

Playwright Marisela Treviño Orta and Director Daniel Jáquez spoke with The Link recently about how this play, part of a trilogy based on Latino legends and myths, came to be.

Wolf At The Door tells a story where winter has fallen on northern Mexico and the three occupants of an isolated hacienda are trying to fight off the cold. Far from her family, Isadora, about to give birth to her first child, finds herself increasingly threatened by her once-charming husband, Septimo. Only her loyal, childhood nurse, Rocio, stands between her and Septimo’s unpredictable outbursts of violence.

One night an explosive incident leads to the discovery of Yolot, a young woman hiding in the barn. With his characteristic charm, Septimo insists that Yolot remain under his protection and that he will provide refuge not only from the cold, but from the pack of wolves, heard howling in the distance.

The process literally started with a dream, or in this case, a nightmare that Treviño Orta had. “I still remember it really vividly,” she said.

She was being chased by wolves and made it to her home, but her door wouldn’t lock and she had to push to keep it closed. Just as the wolves’ teeth broke through the door, she woke up.

When telling a coworker about the dream, she said there was a “wolf at the door,” and the idea for a play was born.

Originally, she was planning to base the play on Latin American mythology. As a child growing up in Texas, she had loved astronomy, and studied Greek myths about the constellations.

But then she had a revelation she was actually writing a fairy tale. Like the Brothers Grimm stories, it was full of dark and dangerous situations.

Knowing it was a fairy tale helped Treviño Orta structure it, for example, knowing things happen in threes in these stories.

She also realized it was part of a trilogy. While it was the first started, the first completed was The River Bride, a 2013 National Latino Playwriting Award Co-Winner.

After NJ Rep Literary Manager Joel Stone heard Wolf At the Door in a reading, the theater decided it wanted to produce the play as part of a National Network Rolling World Premiere, where it will be performed in four theaters around the country in the next year, starting with NJ Rep in Long Branch.

When Jáquez was brought in to direct, he was excited with the script – but knew it would get refined.

“I’ve done a lot of new work development,” he said. On stage, sometimes you realize things can be improved. “A look can replace a whole sentence.”

Often, the director needs to make an educated guess about what the author meant, but Treviño Orta has been collaborating, making adjusting the play much easier.

Jáquez said that NJ Rep provided him with a design team, and he was “totally in love with the sets” the theater company makes, which helped a lot.

And they’ve been able to work on the set since the beginning of rehearsals, since the staff had it completed early so they could work on the sets for the West End Festival of the Arts held at the end of September. This meant actors didn’t need to learn their blocking halfway through the rehearsals.

He was also given freedom to look for actors. While he currently lives in California, he worked in New York for many decades. He founded Unit52: Intar Theatre’s acting company in training, for Latinx actors, and was excited to bring some new actors to the theater, Oscar A.L. Cabrera, Alexandra Lemus and Desiree Pinol.

They also brought in Liz Zassi, who has appeared in over half a dozen plays at NJ Rep and is familiar with the process. “She’s been such a grounding force,” Jáquez said.

“It’s been a collaboration. Everybody’s happy every day,” he said.

Treviño Orta said that this has let her refine the script, and at the end of this she’ll be able to send out a tested version to the other theaters that are part of the rolling premiere.

She’s also working on her third part in the trilogy, Alcira, inspired by opera, set in San Francisco in the 1990s and telling the story of “a heroine’s journey.”

Wolf at the Door runs October 18-November 18 at NJ Rep, 179 Broadway. Previews are Thursday and Friday, October 18 and 19 at 8:00 p.m., and Saturday, October 20 at 3 p.m. A special talk-back with the playwright and director will be held after the first preview, Thursday, Oct 18.

Opening night with reception is Saturday, October 20 at 8 p.m.