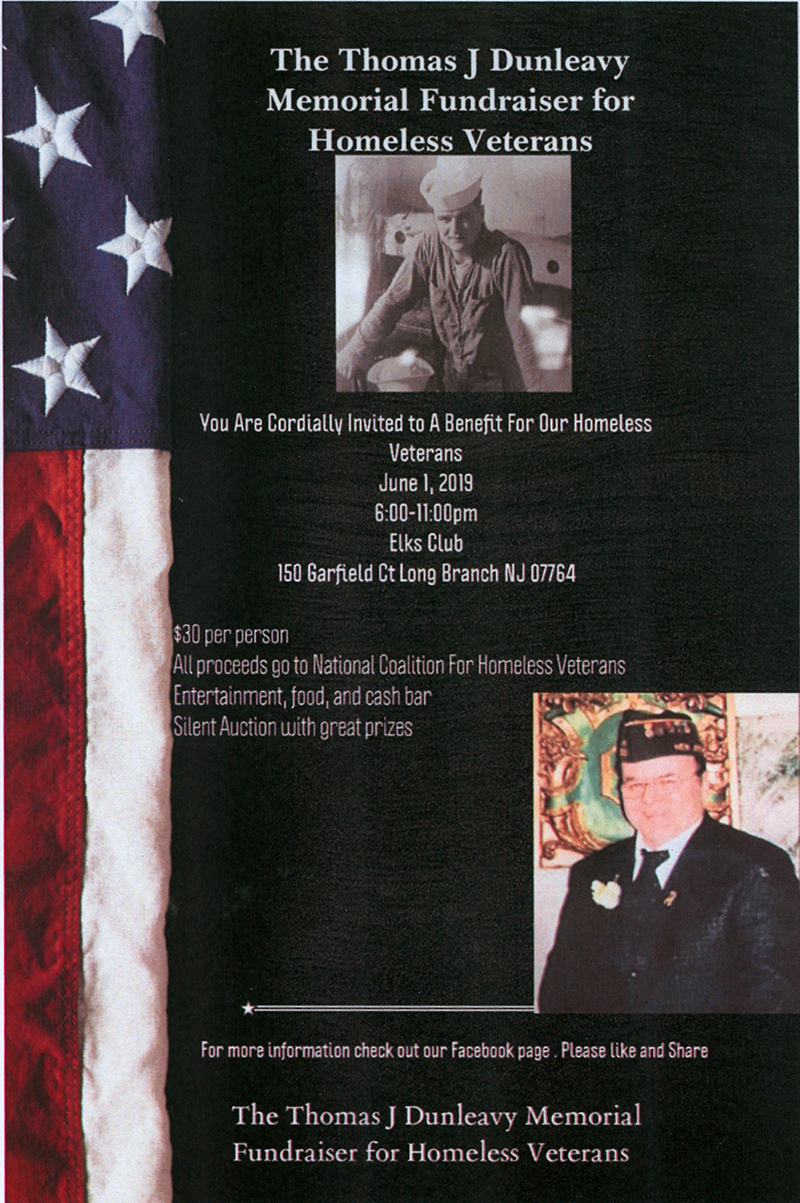 West Long Branch — A fundraiser in memory of a Korean War veteran is being planned to help homeless vets.

The Thomas J Dunleavy Memorial Fundraiser for Homeless Veterans will be held June 1, at the Long Branch Elks Lodge. Organizers are looking for support through the community in the form of ads in the journal, silent auction prizes and more. 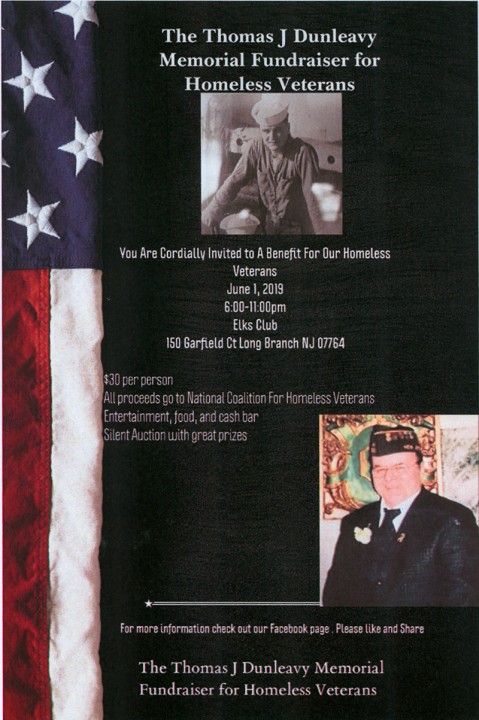 Eileen Hennelly, daughter of Thomas Dunleavy, who passed away in 2012, said her father was always proud of his military experience, and she is proud of her heritage, and that this fundraiser is for something near to her father’s heart.

“He took it personally when he saw a homeless vet struggling,” she said.

Small gestures can make a difference to veterans, she’s noticed. “Even saying ‘thank you for your service’ that little bit can change their whole body language.”

Hennelly is hoping to make a difference in a bigger way.

The U.S. Department of Housing and Urban Development estimates that on any given night, there are more than 40,000 homeless veterans, and the National Coalition for Homeless Veterans reports that about 1.4 million other veterans are considered at risk for homelessness.

It’s something which affects local veterans as well as a national problem. “You can go to Asbury Park and find a homeless veteran in the train station there,” Hennelly said.

There are many causes for this. Hennelly said that it can take quite some time for a veteran returning to civilian life to readjust. It varies by what branch they served in, but on average can range from eight months to several years. That’s a long time to struggle holding down a job and dealing with expenses.

“We can at least help them back to safety,” she said.

Here are some ways that people can contribute:

Tables can be sponsored for a military family, or someone in the military, for $100.

A commemorative journal of the evening is selling ads for $100 for a full page, $50 for half, or $25 a quarter. “It’s a way for your business, or yourself, to just thank a veteran,” Hennelly said.

The evening will feature a silent auction. Donations are welcome, and already beginning to come in. “TAK Waterman has already contacted me and asked what they could do to help out.” LZC Style is also donating jewelry.

Of course, tickets are available at $30 a person.

Hennelly said that there will be entertainment; they are still finalizing the details.

The evening will also feature a Wall of Honor showcasing pictures of those who have served or are serving in the military.

This is the first event planned by the organization, but if it’s successful, other events to benefit veterans will be held, Hennelly said.