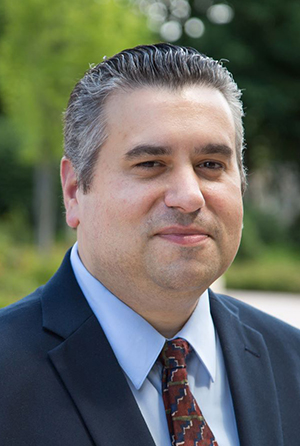 The Brookdale Community College Alumni Association will honor three individuals for their service to students, the institution and their respective communities at the 34th annual Barringer Awards Dinner on May 3 at The Essex & Sussex in Spring Lake.

“All three honorees have demonstrated throughout their careers a commitment to excellence and service to students in and outside the classroom,” said Tim Zeiss, executive director of the Brookdale Alumni Association. “On a daily basis, they have helped to inspire and to encourage generations of Brookdale students to persevere in pursuit of their academic and professional goals.”

Dr. Stout has devoted his professional career to furthering the mission of Brookdale Community College in a variety of roles spanning more than two decades, culminating in his appointment as the institution’s seventh president in 2018.

His long tenure with Brookdale began in 1997 as a Learning Assistant in the Psychology Department. Dr. Stout has served in a variety of faculty and administrative roles, including as Dean of the Freehold campus, Vice President for Student Success and Interim President.

Dr. Stout’s commitment to engaging with Brookdale’s many stakeholders is evident throughout his assignments. He has consistently promoted access to a high-quality education, coupled with support services, for Brookdale students and Monmouth County residents. Colleagues know firsthand his commitment to ensuring that students leave Brookdale well on their way to converting their aspirations and goals into reality in their academic and professional pursuits for themselves and their families.

Dr. Ave Latte began her Brookdale career in 1994 as a Learning Assistant in the Reading and Education departments. She is a professor and chair of the Education Department. She was instrumental in adding the A.S. degree in education for teacher candidates interested in STEM areas. Her work with both the credit and noncredit divisions of the college has brought two community college teacher licensing programs for alternate route candidates to Brookdale.

Dr. Latte’s work with the CTE Career Technology Teacher Licensing program made Brookdale the only college in the state that has the grant and non-traditional program for CTE sectors of a community college teacher licensing program. She helped author the New Jersey curriculum and course for the New Pathways to Teaching program.

She earned her Bachelor’s degree in elementary education from Metropolitan State College, her M.S. in supervision, principal, and curriculum development from Georgian Court University and her Doctorate of education in early childhood education from Rutgers University.

Dr. Nancy Liu began her career at Brookdale in 1995 as a professor in the physics department and serves as chair. She is the founding advisor and current co-advisor of the Physics and Astronomy Club. She is also an active supporter of the Women in Engineering, Science, and Technology (WEST) Club and volunteers as a one-to-one mentor for the WEST Mentor Program.

Dr. Liu has earned her B.S. in physics and M.S. in solid state physics from Jilin University in China. She obtained her PhD in solid state physics from Colorado State University. She has authored numerous papers on her research and has more than 15 published articles. She is active in the physics community as a member of the American Physical Society (APS), American Association of Physics Teachers (AAPT) and the New Jersey section of the American Association of Physics Teachers (NJAAPT).

Tickets to the Barringer Dinner are $65 each. Reservations can be made online at http://brookdalealumniassociation.com/. For more information, email tzeiss@brookdalecc.edu