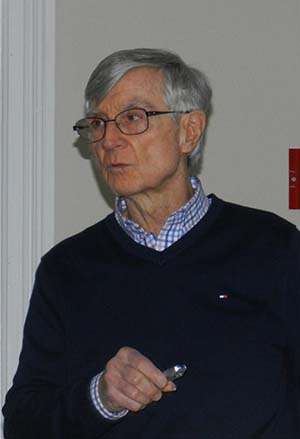 Eatontown — Kicking off Black History Month, the Eatontown Historical Committee held a lecture on February 2 about the history of slavery in New Jersey at the Community Center. It’s part of the Borough’s 350th Anniversary celebration. It is a history that is fraught with confusion, misinformation — and more than a few surprises.

Guest lecturer Rick Geffken told The Link that teaching the history of slavery in the state has been an exercise in glossing facts over, mostly through sheer ignorance, that has been passed down through many generations.

New Jersey was, indeed, a slave state. Perhaps worse, New Jersey was the last northern state to ratify the Emancipation Proclamation — in 1866.

“It was always down south, not up here,” he said.

Geffken said he attended a Catholic grammar school in northern New Jersey. “It wasn’t on the curriculum. They were more interested in teaching other stuff. This was the 1950’s. It wasn’t considered important.”

That is changing. A few years ago, the state passed the Armistead Law, which mandates that black history has to be infused into each school’s curriculum.

Geffken said the entire subject is complicated. “It’s complicated {in terms of} the fact that not only don’t people know it, there’s a great degree of denial.”

He said challenging someone’s lifelong beliefs is a very hard process. “There are racists who don’t want to believe that this happened,” he continued. “If they admit that this happened, then they have to explain their position. They won’t do it,” he said.

“There are people who do not want to believe what is uncomfortable.”

But in the end, Geffken said, the tide is changing, especially in the black community. He encourages them to write — and publish — their individual stories to help fill in the blanks. In other words, to get the true experience, write it down and pass it on to others. 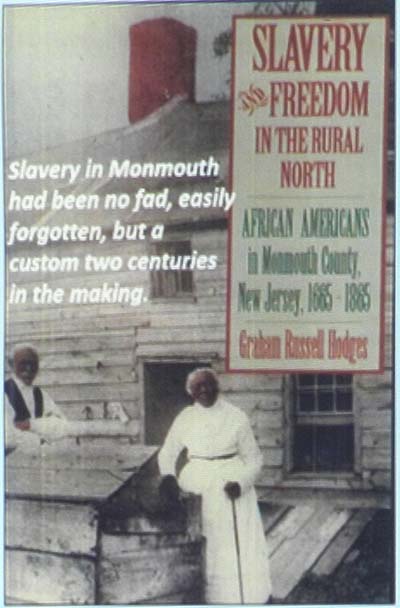 A slide from Rick Geffken’s presentation looking at slavery in Monmouth County, and the abolition movement.