Joan Van Dyke was a part of LB history 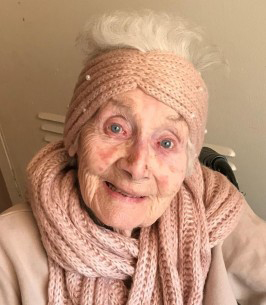 A lifelong resident of Monmouth/Ocean counties, she was very proud of her heritage and that her family has been in the Long Branch area since the early 1700’s.

An accomplished stenographer, Joan worked most of her career in Fort Monmouth with a brief hiatus as a legal secretary. Joan loved the ocean and the beach and Cape May was her favorite getaway.

She will now join her beloved parents, Randoph and Edith West as well as her siblings Warren, Dorothy, Isabelle and Harry. Joan was predeceased by her husbands, Joseph Schmitz and Flavil Van Dyke.

She is survived by her three sons, Joseph, John, and Jeffrey and their families as well as Cecilia Van Dyke and her extended family. Joan also leaves behind eight grandchildren and eighteen great grandchildren.

Due to the current crisis, memorial services will be scheduled at a later date. In lieu of flowers, remembrance donations can be made to VNA Health Group, 23 East Main Street, Holmdel, NJ 07733. The family invites you to leave a letter of condolence, light a memorial candle or make a memorial donation by selecting the appropriate tab.