Monmouth County has 7,200 positive cases of COVID-19; extends public access restrictions through May 31 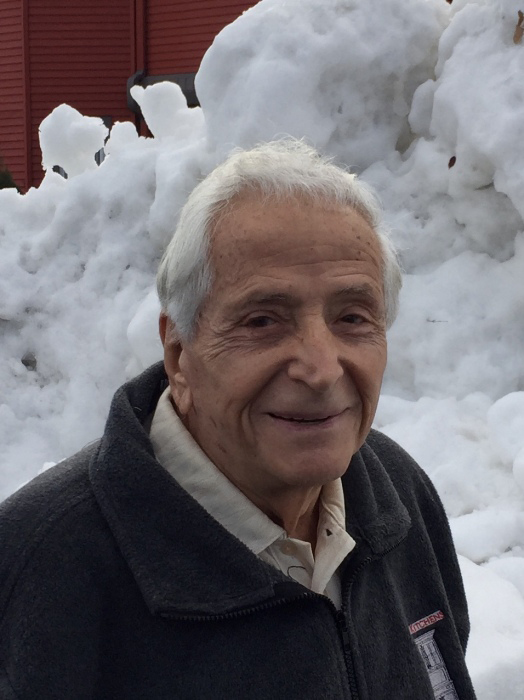 Joseph P. Chiarella, age 94, died Monday, May 11, 2020 in Coral Springs, Fla.  Born in Jersey City on March 2, 1926, Joseph was the fourth and last child and the only son of Joseph & Mary Chiarella of Calabria, Italy. He was the only person in his family to be born in the USA. The Chiarella’s arrived in the US with no assets but they all quickly adopted the American work ethic and began to restart a life for themselves.

Joseph was raised in Jersey City and in his younger days he worked with his father and acquired the hands-on skills of many different trades, all of which he later learned to master. After he married Antoinette Amabile in 1947 they moved to the beautiful Jersey Shore living in Long Branch, West Long Branch and Red Bank. At that point carpentry became his focus. He took to working small jobs on those big houses there to both make a living and to help other people improve their quality of life, making lots of friends along the way. People soon trusted him to do any type of work in their homes.

As he became more established he and Antoinette bought a small house in Long Branch, remodeled it, and began to raise a family. He later built a new house for his wife and family in West Long Branch where he and Netta saw to it that their four children were educated, supported, and given the opportunities to start careers and healthy lives of their own. He also became a member of the Knights of Columbus and performed much volunteer work for them and the community, and eventually became their Grand Knight for several terms.

And as he refined his carpentry skills and construction knowledge Joseph became a specialist in kitchen design and remodeling. In 1966 he started what was a very unique business for the times, Creative Kitchens, and opened his own shop in Red Bank. He welcomed his son into the business who helped him successfully expand its offerings and gather more clients. That very same business continues today under the direction of his grandson, all thanks to Joseph’s original foresight, his perseverance and his many talents. Throughout his life Joseph put his personal stamp on every project in which he was involved, and his advice and assistance with those endeavors will no doubt be remembered by his friends and loving family forever.

After the passing of his wife Antoinette in 2002, Joseph retired to Coral Springs, Fla. He is survived by his sister Claire Jeffers; his children and their spouses David & Peggy Jo Chiarella, Maria & Eliot Weisman, Bernadette & Kevin Calver, and Joseph & Camille Chiarella; and his 5 grandchildren and 3 great grandchildren.

All services are private. A Memorial Mass will be held at a later date. The family invites you to visit the Tribute page to leave a letter of condolence.

To send flowers to the family or plant a tree in memory of Joseph P. Chiarella, please visit our floral store.