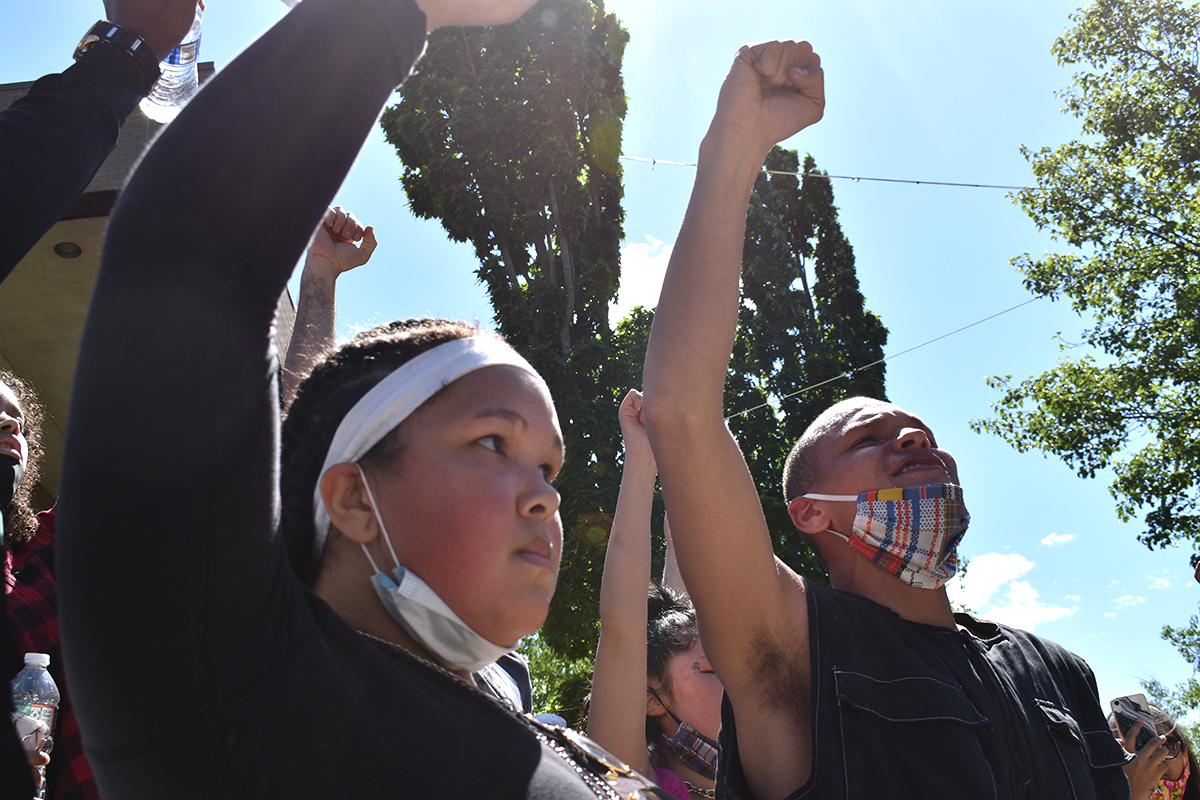 By Patty Booth O’Neill
Sunday was a solemn but vocal day in Pier Village as people of all color gathered to protest violence by police against African Americans all over America. 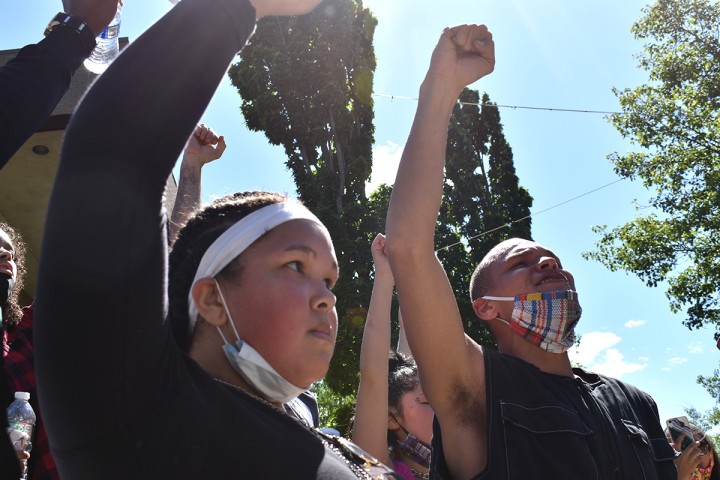 Derek Drummond (right) organizer of the peaceful protest in Long Branch on Sunday.

What started out as a few hundred people, turned into thousands as a protest march began in the center of Pier Village with words from Derek Drummond, an organizer of the event from Long Branch.

“Today I know we are all hurting here. We’re tired, I’m tired,” Drummond said. But he wanted to make sure protesters heard him say, “Today is not us against the Long Branch Police. They are here to help us, so let’s show some respect. We’re going to march down Broadway and we’re going to make history here today.”

Asked why they attended most people answered they were there to show solidarity. “This is needed,” said Long Branch resident Mike Bland. Another person answered, “We’re here because Black Lives Matter.”

The most recent act, the one that has caused outbreaks of protest and violence was the senseless murder of George Floyd of Minneapolis, Minnesota at the hands (or knee) of police officer Derek Chauvin, as officers restrained Floyd and others watched. Caught on video, Floyd begged for his life, saying he couldn’t breathe as Chauvin kept his knee on Floyd’s neck. 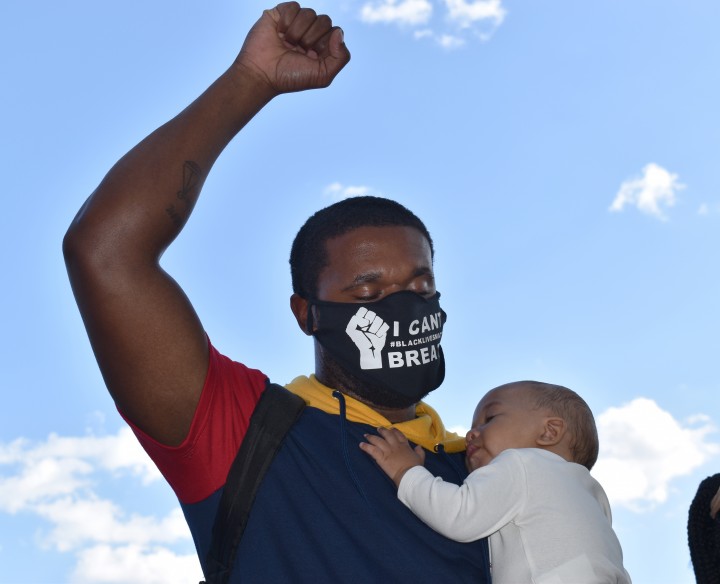 A man holds his baby during a moment of silence at the protest in Asbury Park on Monday.

“I can’t breathe” became the signature chant as people headed out of Pier Village.

Other chants heard were

No Justice No Peace
No Racist Police!

Down With White Supremacy And
Police Brutality!

Traffic on Broadway was blocked off by police giving protesters safe and clear passage. Chants beginning in Pier Village, were joined  by spectators on the sidewalks carrying signs, some in cars at side streets, honking their horns showing solidarity.

Police officers clapped as demonstrators passed by and some walked with the protesters.

When reaching City Hall more chants were repeated and Drummond spoke to the crowd asking everyone to take a knee to pray and offer a moment of silence.

Protesters then walked back to Pier Village where Chief of Police Jason Roebuck handed over access to the PA system in his truck to people allowing them to have their say.

Most of the crowd disbanded leaving about 100 who were reluctant to leave. They marched back to the police station, having more to say, a few trying to get a rise out of police to no avail. Oceanport and Deal police and the Monmouth County Sheriff’s Office were on hand to make sure all went smoothly…all did.

Floyd’s murder happened on May 25, and protesters have not only been taking place in the United States since then, but have also been occurring all over the world and show no signs of slowing down.

“Today we have to stand up and show people we can lead the way, and the rest of the people around the country have to know we care and have their backs,” Drummond told the crowd to rounds of cheer.

Chief of Police Jason Roebuck allows people to use the PA system for speakers to talk to the crowd at the end of the rally.

Derek Drummond (right) organizer of the peaceful protest in Long Branch on Sunday.

A man holds his baby during a moment of silence at the protest in Asbury Park on Monday.