AVS Conducts Covid Testing for its members and their families 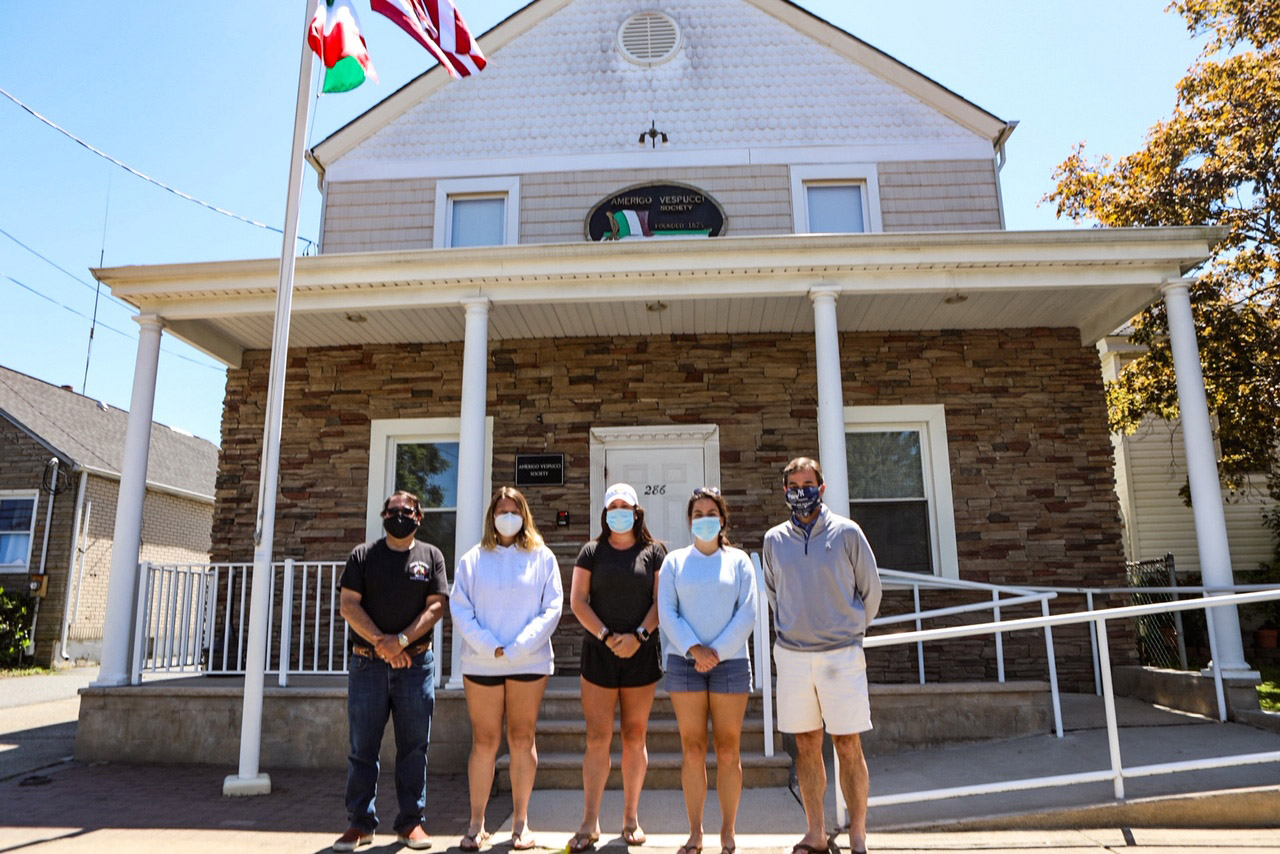 The Amerigo Vespucci Society (AVS), located on Willow Avenue in Long Branch incorporated in 1893, conducted free Covid testing to its members and their families this past weekend behind the AVS building in their “Piazza Gagliano” backyard.

The AVS partnered with The Smith Center for Infectious Diseases and Urban Health based out of East Orange. AVS member Jim Gagliano, the son of late New Jersey Senator Tom Gagliano, organized the event along with AVS President Joseph Sirianni and Vice President Joseph Mossa. Dr Stephen Smith, who is the head of the Smith Center Foundation was the impetus for the free public testing that the foundation conducts.Assisting Jim Gagliano with the testing was Garrison Block, Adele Irwin, Meredith James and Dorie Moss.

Joseph Sirianni stated, “It was an honor to partner with The Smith Center Foundation. The AVS has been assisting its members and their families since the late 1800s and The Smith Center has enabled us to do that today with these Covid tests. We took all necessary precautions such as organizing scheduled time slots, requiring everyone to wear face masks, and having everyone sanitize their hands before they walked in and again as they left. We then had the backyard sanitized for extra safety.”

The AVS takes its name from the famous 15th century Italian explorer and map maker. The AVS has a long history in Long Branch dating back to its founding members in 1875. The organization was originally established as a mutual aid society where Italian men could congregate, escape from discrimination and anti-Italianism that began during the period of large-scale Italian immigration during the late 19th century.

Sofia and Isabella Ferragina patiently wait for their Covid testing.

Robyn Lacina Ferragina awaits her testing as her sons Anthony and Nicholas watch nearby.

Kelly Speck registers to be tested.

AVS members and their families line up for Covid testing conducted by The Smith Center.