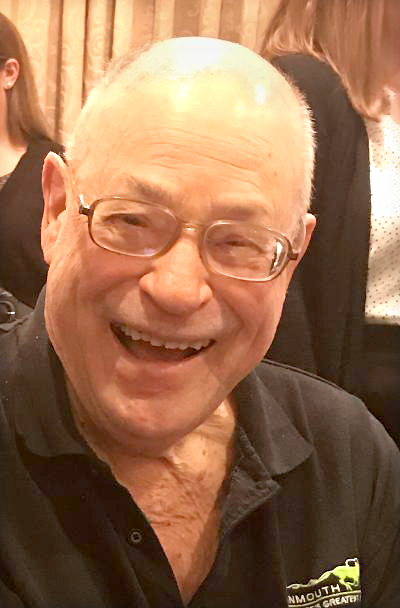 Howard was an administrator, teacher and coach at Neshaminy School District. Blazing a trail with boys and girls track, and coaching over the years gymnastics, wrestling and basketball. As a coach his goal was to challenge students to reach their full potential pushing them as far as they can go. Breaking records and making records as he went.

Howard was passionate about Neshaminy politics and the community. He ran campaigns for many candidates ranging from municipal, county, state, and national levels. Always maintaining the highest level of moral character, the keynote feature in every campaign was integrity. He could run a street campaign like no other. He never stopped loving Neshaminy. He remained involved in the hall of fame to make sure the students of Neshaminy sports were recognized for their accomplishments. We even found files that he had with his candidate picks up to 2031. He kept track of how Neshaminy did in every area. He had the red and blue spirit in him. He made sure that the Neshaminy pride stayed alive in every bone of his body.

Howard was a caring person to anyone that needed help. He was full of life and light. He reached out like a parent to so many in the community offering his wisdom, kindness and help in any way. That person became more than just a friend, but someone that was family. Someone that Howard touched by his moral compass and huge heart. He was known for his spirited comments at school board meetings, lively class presentations with guest speakers, and his Lenox gifts to everyone during the holidays. Howard was full of life and loved to spread it and always enjoyed a good party with good food. He is known for always carrying a bag of snacks and Hershey bars. He was known as the candy man because he gave out full size hersheys at Halloween. Many referred to him from his coaching days as “Big daddy”. He referred to himself as “Howard the Great” He was just daddy to us.

In Long Branch New Jersey, his hometown, he was known as Howie. He had an injury when he was a baby and did not speak until he was in sixth grade. He started down a bad path and took up boxing at a church. The priest took the young jewish boy under his wing and told him he needed to do better and set him on the right path. There he attended Long Branch High School and it was there that he gained his love for sports. He was the captain of the football team as well as All State in football. He also played on the track team, wrestling , basketball team and bowling team. He went on to receive a scholarship for football to Murray State University in Kentucky and majored in Education. When he received his first teaching job he taught physical education and finally landed his career teaching Social Studies working with students and the students with disabilities. He was known at Neshaminy for bringing guest speakers to his classes like Governors, Congressmans, WW II veterans and local politicians. He felt the best way to teach history was to bring it to life by the people who live it. He never left his hometown. He worked at Monmouth Park Race Track as a valet for 65 years until he retired in 2018. He loved it there. The shore town of Long Branch has seen changes, and Howie changed along with it. As a child he used to caddie at a golf course in Belmar where the Warner Brothers used to have their studios, which was before they moved to Hollywood.

He gained a lot of knowledge there. He worked as a police officer which really helped him out later in life when he became an administrator. But most importantly, this is where he met his wife Martha, the love of his life whom he was married to for 57 years. Howard and Martha traveled the world together, running political campaigns and raising strong independent children. They were known as strong community activists, with my mother usually picking up the pieces of a room when Howard tore through. Howard was known for his passion for public speaking. People knew never to give him a microphone.

Our cousin shared with us a quote from Howard that really sums him up:

“Life is so wonderful if you know how to live it, if you have the money to spend on the things you want to do and if you take care of yourself. Learn to live your life for yourself. Once you are gone, you can’t do these things anymore. Live life big and keep the faith baby”

A great man has been lost, His legacy lives in all of us.

A funeral will be held graveside on Sunday June 28, 2020 at 12:30pm at King David Memorial Park located at 3594 Bristol Rd Bensalem pa 19020 with guest invited back to Howard Lindner’s home for the start of Shiva which will be observed there until 9pm that day and then again Monday June 29, 2020 and Tuesday June 30, 2020 from 5pm- 9pm. All guests are asked to wear masks at both the burial and shiva home. Social distancing procedures will be followed.

Monetary donations can be made to the following locations: