‘My skin color should not be a death sentence’

Is that spinach? No, it’s rare seabeach amaranth! 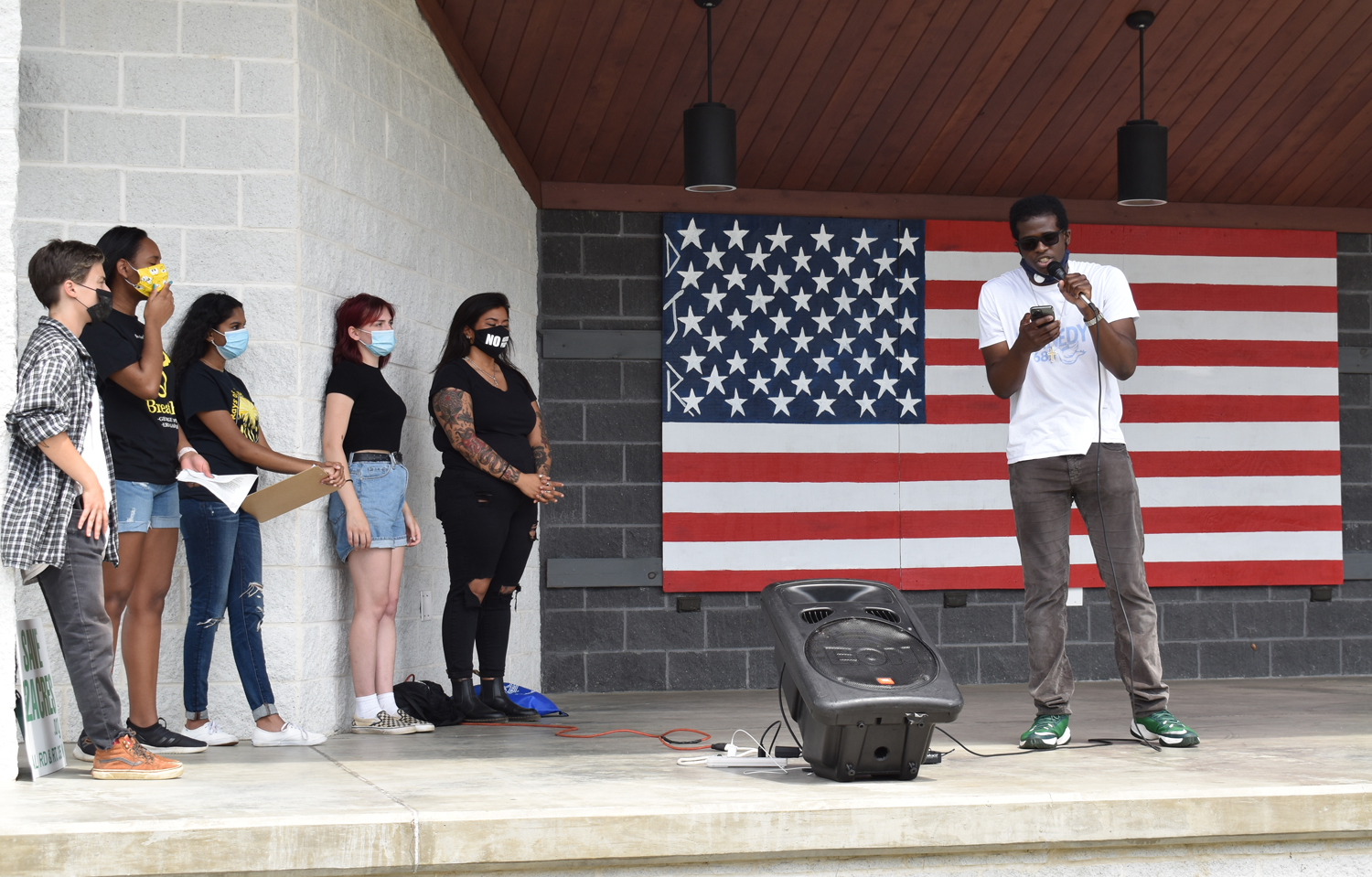 It was a unique protest with organizers being current and past students of Ocean Township. 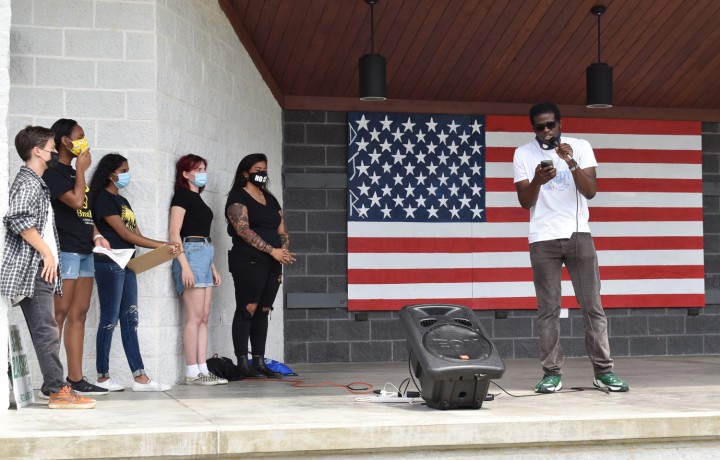 Held  on June 27, with a rally starting in Joe Palaia Park and then marching up Deal Road to police headquarters where the OT governing body represented by Councilmen Robert Accera and David Fisher and Councilwoman Margie Donlon, presented the planners with a proclamation and Senator Vin Gopal was present to show his support and spoke about what needs to be done.

Accera said that rallies are fine but “we need to start a conversation. I’m always available and my phone number is listed on the website and facebook. Reach out to me.”

Recent eighth grade graduate Alexa Parchment told the crowd from the Joe Palaia stage that from a very young age she remembered her parents telling her she couldn’t do everything her friends do, and that she would have to work twice as hard to get half of what others got. “Now that I am going into high school I understand why my parents told me that. It’s because of the color of my skin,” said Parchment. She also said that she was surrounded by white privileged people who could get a job and not get hunted down because of their race. “Unlike my white counterparts, I cannot play with a toy gun at a park, or even doing something as simple as taking a walk or eating Skittles without the possibly being seen as a threat or killed by police or anyone with a gun.”

Police should not be able to take the lives of our black men, women, girls and boys because they appear to be a threat. “My skin color should not be a death sentence, but it is,” Parchment said. Adding that it was very upsetting to her because every time she sees another black person’s life taken by the police, she thinks the next one could be someone she knows and loves. “The George Floyd case is a symbol of how America treats minorities. How the black man cries for help and how the white man just sits there and watches him suffocate with hate in his eyes,” said Parchment.

Candice Mattia, Ocean Township High School Class of 2016, one of the three organizers said racism is an issue everywhere. “We need to be comfortable holding uncomfortable conversations with our friends, piers and family,” said Mattia. Education is a big part of the Black Lives Matter movement and Mattia encourages people to learn. “In this the age of information, ignorance is a choice.”

Another graduate of 2016 was Charlee Reiff, who was also an organizer. She was upset with Mayor Christopher Siciliano as three days before the protest she received an email from the mayor asking them to postpone the event. “Mayor Siciliano signed off on our permits, gave us the approval and told us we were good to go,” said Reiff. In the email Siciliano asked if they could move the protest to any time after July 20. “This decision was made as a political decision to silent our message today. His attempts to silent us were disrespectful to the community and the employees who work under him who put in hours and hours of work into this. To me this demonstrates a massive misunderstanding of the importance and urgency of this message.”

Siciliano said that was not the case. “We had a pre-registered event at the park, a drive-in concert that was scheduled before the protest was planned. I was just trying to make sure the two events didn’t overlap,” he said.  The mayor added that he had authorized thousands in overtime expenses for the event and even had Long Branch Police on standby in case there were any issues. “I waived their permit fees of $600 and worked with our governing body to present them with a proclamation.”

Several streets that have access to Deal Road had to be shut down by police for the safety of the marchers. “I wasn’t there with them, however I support their expressions and like many others who contacted my office I avail myself and the mayor’s office for meaningful discussions on making positive changes,” Siciliano said.

Tobi Omotoso, Ocean Township High School Class of 2017, was another of the trio who organized the march. “For those of you who know me, I’m kind of privileged. Both my parents are doctors, I’m doing well, and I even have some privileges some white people don’t have,” said Omotoso. But he added that the one thing he knows that he does not have is the ability to enter a situation without paying attention to his race. “I love this country; I love this town. But we have to say Ocean Township is like the rest of America, its racists. What I mean is it includes racists people, it produces racists outcomes.”

At one point Omotoso said he considered law enforcement as a career. “I have friends who are cops, I did a ride along as a project, wrote letters to police officers and worked at the prosecutor’s office. But I am also a black man,” said Omotoso. The issues with the police is not just an issue for black America according to Omotoso. He told the story of Daniel Shaver, 26-year old white man who was killed by police on January 18, 2016 in the hallway of a Mesa, Arizona La Quinta Inn. “If you think this is just going to happen to us, your wrong. Doesn’t matter if your black, Latino, rich or poor. You have to hold the institution that hold up your community accountable.”

“You all know that the black relationship with police is special. Maybe the Native Americas can say they are on our level in terms of the country was framed, it was built to oppress us to hold us down. Our survival is a miracle,” said Omotoso. He concluded that the black individual has been depicted to the world as more dangerous, less valuable and more deserving of elimination. “When an institution of government works improperly we feel it most. When policing is out of control more of us are battered, beaten, humiliated and killed,” he said.

“Thank you to everyone who came out today to rally and march in solidarity to speak out against racial injustice, inequality and police brutality,” Councilwoman Margie Donlon said upon presenting the proclomation.

“We have not been living up to our ideals that all men and women are created equal and justice for all. We need to come together to come to terms with and combat racism among us and within us. Because awareness is the first step on a road to a successful and better and more just, equal and safe society for all,” she said.