Pallone Announces Over $597 Million in Funding for New Jersey Hospitals 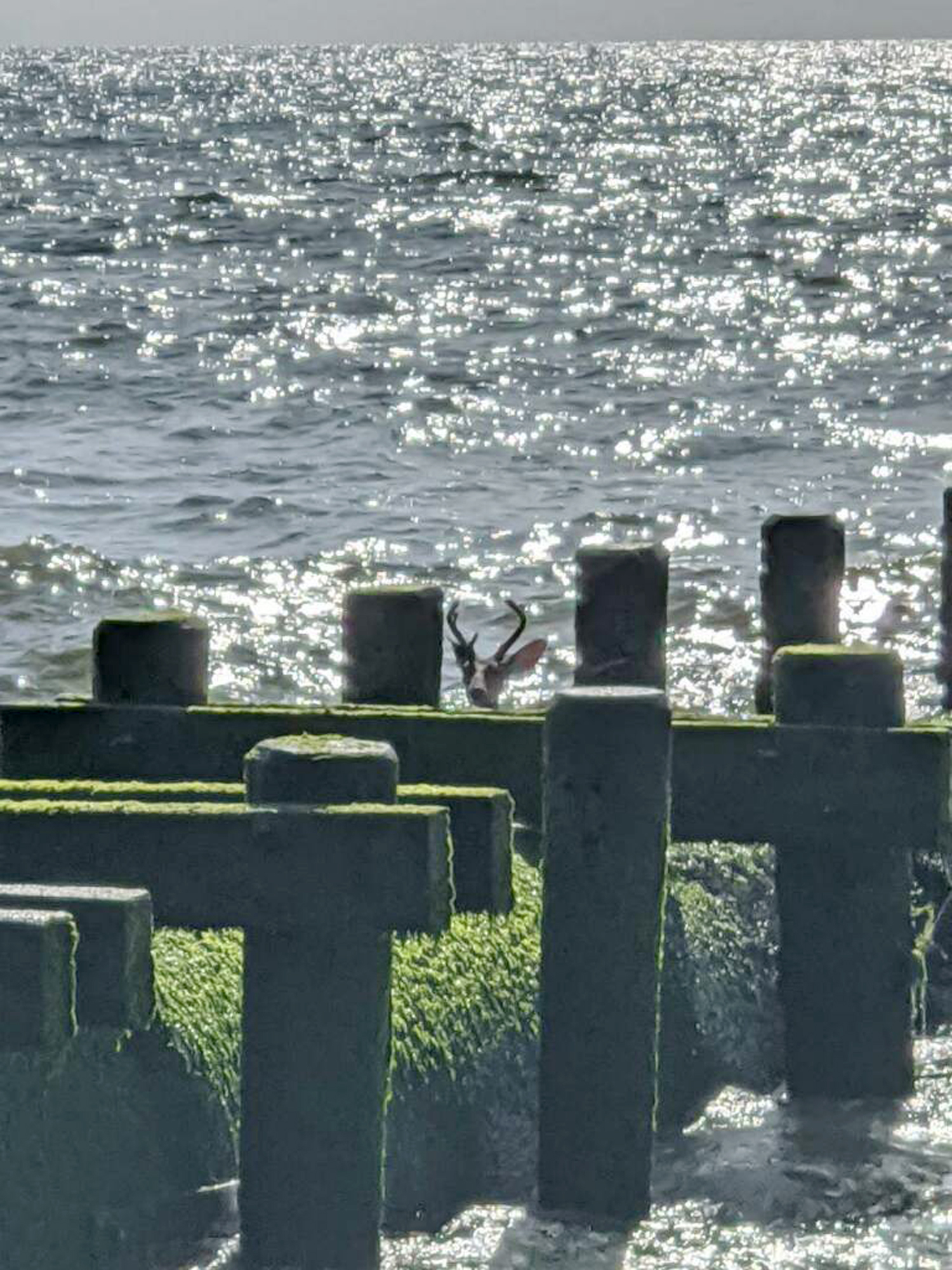 Taken from the beach, the buck rests on the pipe, getting his energy back.

By Patty Booth O’Neill
It wasn’t your typical ocean rescue Thursday, when Long Branch Police Specials Charles Barreda and Devon Slavin spotted a deer swimming in the ocean off Cooper Avenue and Seven President’s Park. With quick thinking, they made a call to long Branch animal control. 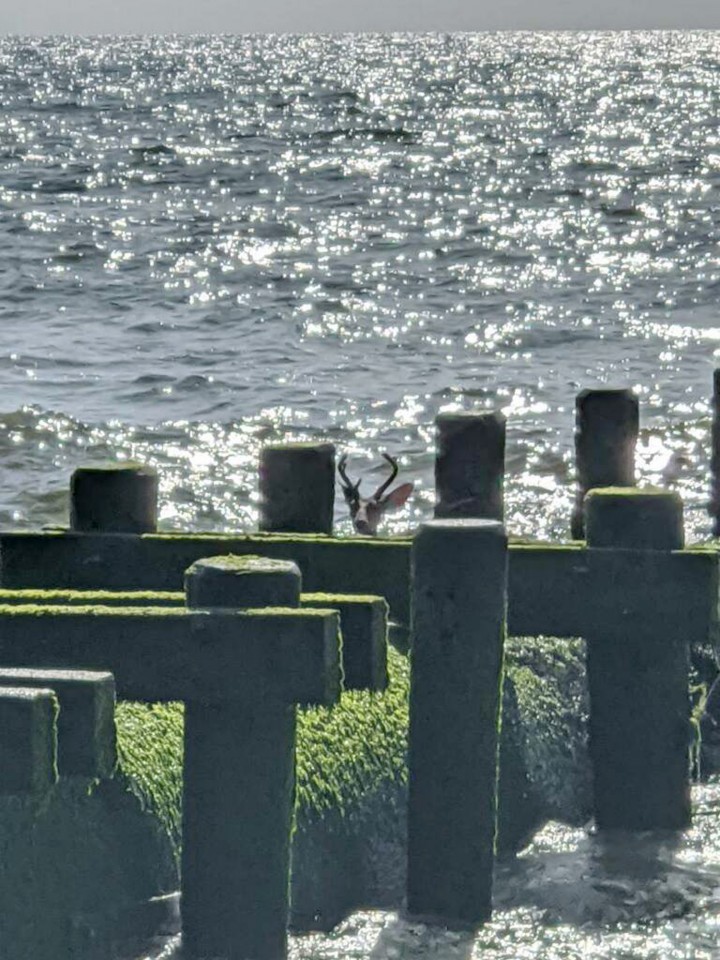 Taken from the beach, the buck rests on the pipe, getting his energy back.

“It was a new one for us,” said Debbie Nagel, Animal Control Officer. “We watched the buck from the beach swimming around and weren’t sure how to get him to come back to shore. He was pretty far out there.” She said all she could see were his head and antlers bobbing in the water.

#Happy WindMill for the taste of summer all year long

The deer wouldn’t return to the beach because it was afraid of the people gathered on the shoreline to watch. Specials Slavin and Barreda ushered the spectators back, away from the waterline, while waiting for help to arrive.

“Specials Charlie and Devon were amazing,” Nagel said. “They are always very proactive.”

While spectators on the beach watched anxiously, keeping their distance, two lifeguards from Long Branch, Brian Gleason and Sam McPherson headed out to the buck on jet skis. Two others from Seven President’s, Kate Crilly and Chester English grabbed paddle boards and the four made their way towards the deer, traveling around and behind to coax him back towards the beach and not farther out. The plan worked perfectly as the buck finally got a foothold on a large pipe jutting into the ocean, normally covered after beach replenishment.

“Once on top of the pipe he collapsed with exhaustion,” Nagel said. “When he rested for a while he walked down the pipe to the sand. The people watching clapped hands and happily rejoiced saying what a wonderful job everyone did,” Nagel said, smiling.

Sid Johnson was very happy with the results. “I would like to congratulate one and all involved in rescuing the buck swimming in the Atlantic,” he said. He added that it was great teamwork between Long Branch Special Officers, OEM Director Dziuba, the outstanding Long Branch lifeguards using the jet ski to help and the lifeguards from Seven President’s Park. “It lead to a beautiful and safe rescue of the deer,” he said.

“Great, great Job Everyone and thanks. The group effort and community response was central to the successful rescue,” Johnson said. 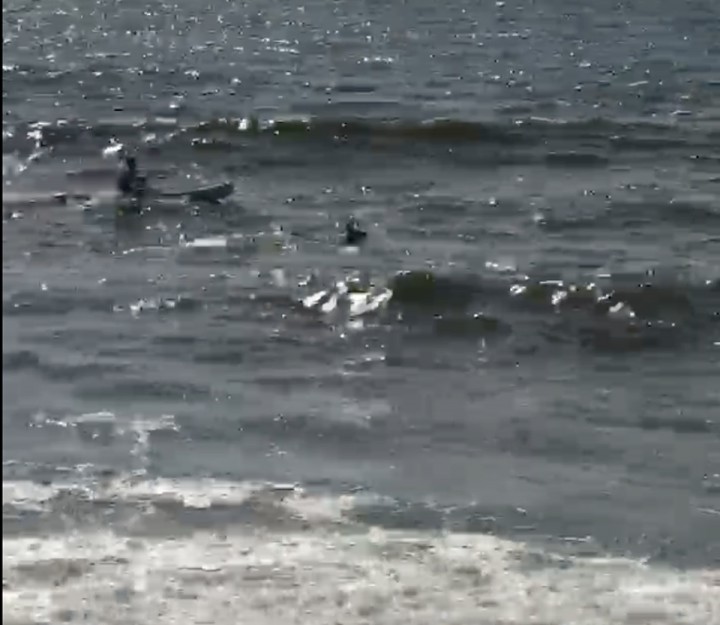 Lifeguards urge the buck back to shore, keeping him from swimming farther out to sea where he undoubtedly would have ended up drowning.