Keeping Up With Our State’s Recovery 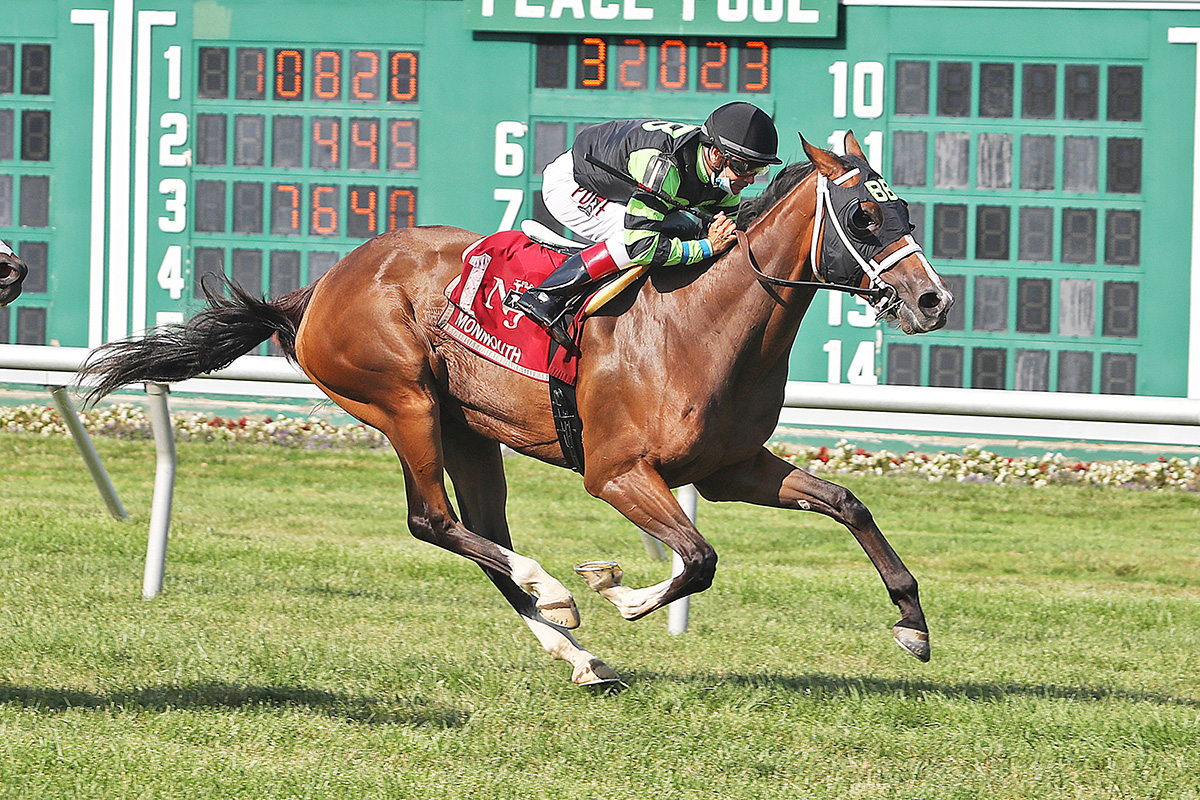 Trainer Mike Dini had been waiting for the right spot and the right time to finally try Bramble Bay in stakes company. He found both in Sunday’s featured $75,000 Jersey Girl Handicap at Monmouth Park. EQUI-PHOTO

OCEANPORT – Trainer Mike Dini had been waiting for the right spot and the right time to finally try Bramble Bay in stakes company. He found both in Sunday’s featured $75,000 Jersey Girl Handicap at Monmouth Park. 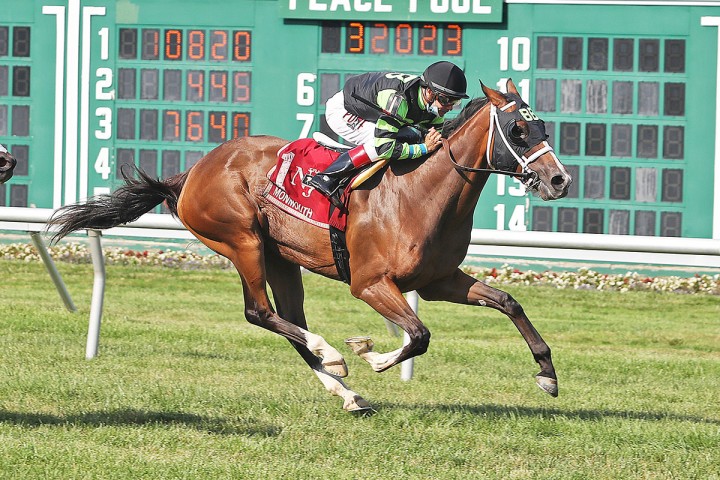 Trainer Mike Dini had been waiting for the right spot and the right time to finally try Bramble Bay in stakes company. He found both in Sunday’s featured $75,000 Jersey Girl Handicap at Monmouth Park. EQUI-PHOTO

Given a rail-skimming ride for most of the one-mile grass race by Joe Bravo, Bramble Bay was tipped off the fence in deep stretch, split two horses late and then went on to a half-length victory in her stakes debut in career start 14.

Sent off as the 11-10 favorite in the field of seven Jersey-bred fillies and mares, three and up, the 4-year-old daughter of Bullet Train-Regal Rose by Empire Maker extended what has been a solid 2020 campaign.

WindMill – The Taste of Summer All Year Long!

She won a grass race at Gulfstream Park on May 31 with Bravo in the saddle and then was second, beaten just a neck, in a six-furlong state-bred allowance on the dirt at Monmouth Park on July 11, also with Bravo in the irons.

“She’s an improving filly,” said Dini. “Her sister, Bramble Queen, is a runner. Last year we were just trying to get her to win. She wasn’t ready for stakes horses then. She was ready to try it today for the first time.

Flowers by Van Brunt “When Ordinary is Not Enough”

“Joe rode her at Gulfstream and he told me `when she gets to Jersey she’ll win.’ I just ran her on the dirt last time out because I wanted to get a race into her. I was hoping to try to win a condition and then win the stake but the grass race never went. I knew she was ready today.”

Bravo sat patiently in the back of the field as Boomerang Miss and Crazy Daisy went head to head for the opening three quarters of a mile, with I’m Listening sitting a perfect trip off the dueling leaders.

I’m Listening, ridden by Paco Lopez, split horses coming out of the final turn to take command, opening a solid lead in the stretch before Bravo roused Bramble Bay. She split Boomerang Miss on the inside and I’m Listening on the outside to win.

NJR Home Services – Your home is your comfort zone.

“I really fell in love with her at Gulfstream,” Bravo said of his only mount on the 14-race card. “Last time out just wasn’t her distance or surface and she still overcame it and ran a great second. Today I had tons of horse all the way around there. Mike had her ready to go. She knew that horse (I’m Listening) was in front of her today in the stretch. It was the perfect target. She wanted to go get her.”

Racing resumes at Monmouth Park on Friday, July 24, with a six-race twilight card. First race post time that day is 5 p.m. Post time on Saturday and Sunday is 12:50 p.m.