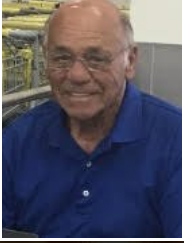 Joseph J. Graziano, 82, of Delray Beach, Florida, passed away peacefully with his family by his side on July 17th.  He was born in Long Branch on April 6,1938 to the late Anthony and Vincenza Graziano.

Joseph was raised in Long Branch and was quite an athlete at Long Branch H.S. He lettered in three sports; basketball, baseball, where he received the Shore Conference Batting Title, and football, where he was named to the All State Group 3 Players by the Star Ledger.

Joe was an outdoors man, who, in his younger years, loved to hunt.  He was a lifetime fisherman, leading him to open three Bait and Tackle shops. The first in Asbury, then two on both sides of the inlet in Manasquan and Point Pleasant, which he owned for many years. But his favorite home away from home was on the golf course. He was an avid and phenomenal golfer with his crowning achievement being winning the Jumping Brook Country Club Golf Championship. He also loved to cook, which led him to opening Manasquan Pizza which he owned for several years.

After retiring, he moved to Delray Beach, Florida with his partner Joanie Caruso. While there, they enjoyed spending time with their friends, going to the pool, and attending club activities, returning home for the summers. During his retirement, he worked at Trump International Golf Club in West Palm Beach.

Joe was a kind and loving man who always had a smile on his face.

He is predeceased by his beloved Joanie.

Memorial gathering will be Sunday, August 2nd, 2:00 pm until the time of the service at 4:30 pm at the Woolley-Boglioli Funeral Home, 10 Morrell Street, Long Branch. In accordance with Covid-19 regulations, 100 people will be allowed in the funeral home at one time, masks and social distancing are required.  In lieu of traditional remembrances, donations may be made in Joe’s memory to Fulfill Food Bank of Monmouth & Ocean Counties, www.fulfillnj.org.  For messages of condolence, please visit Joe’s page of tributes at www.woolleyboglioli.com.