ASTEP to begin After School Tutoring in the Park 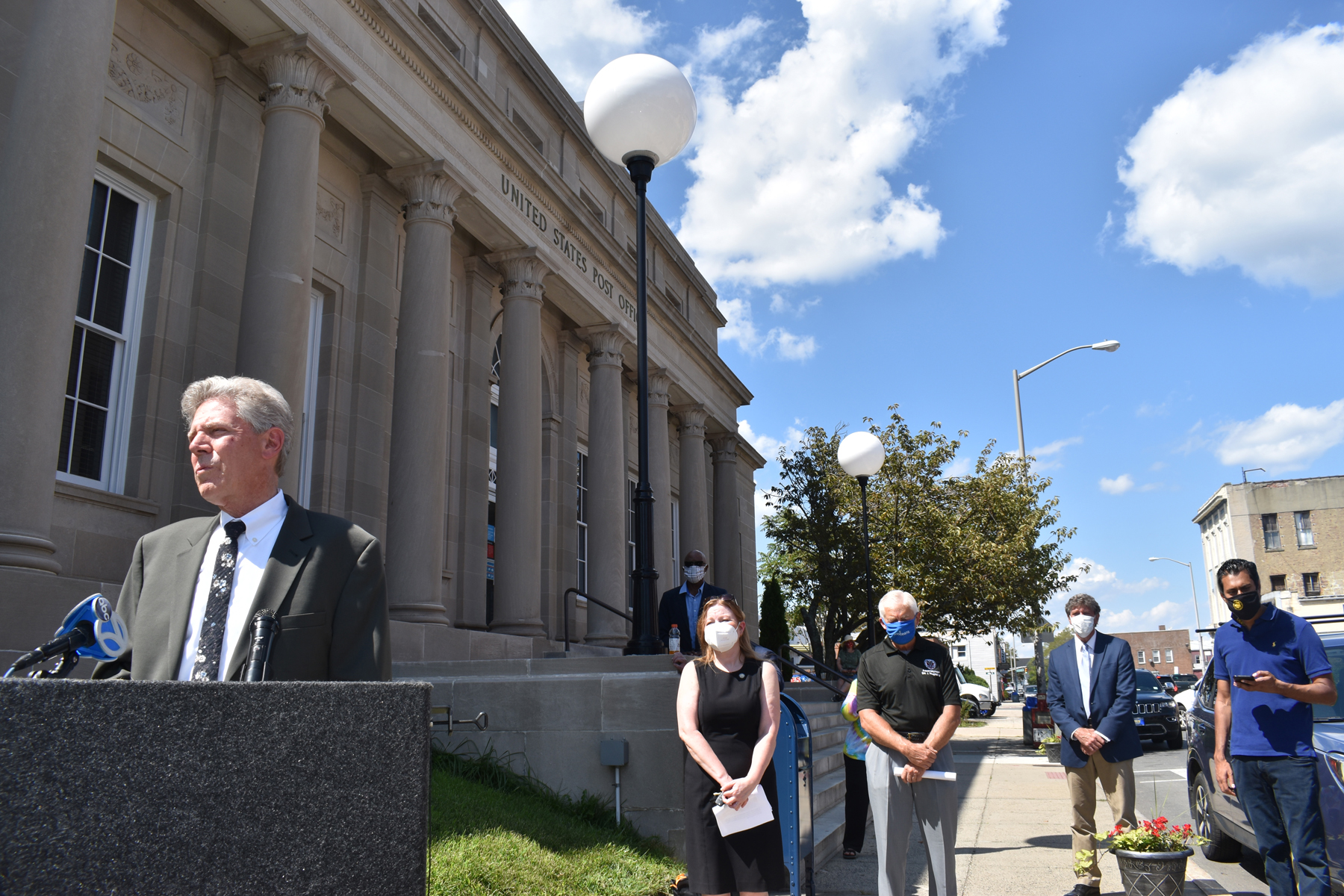 Long Branch – Congressman Frank Pallone, Jr. (NJ-06) today called for an end to the Trump Administration’s sabotage of the U.S. Postal Service at a press conference at the Long Branch Post Office. He was joined by local elected officials and a representative from the New Jersey State Association of Letter Carriers. 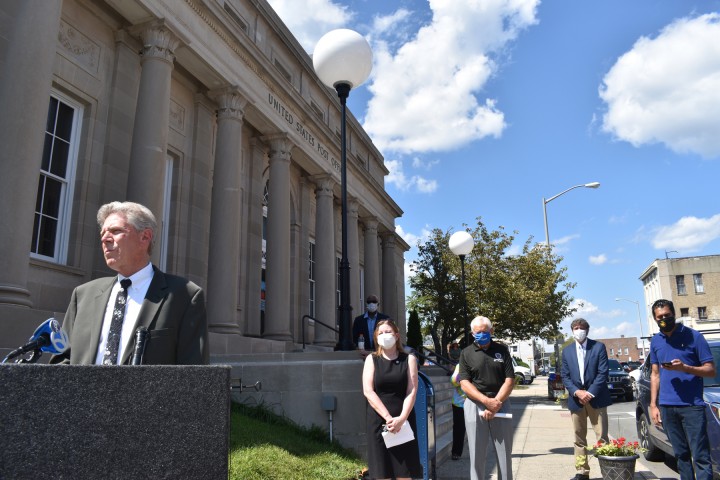 President Trump’s appointment of Louis DeJoy as Postmaster General in May has led to widespread delivery delays and removal of mail drop boxes across the country. It also has led to heightened concerns that prescription drugs and other critical mail pieces will not arrive on time. In 2019, 1.2 billion prescriptions were delivered through the Postal Service. According to a report, the post office also warned that it could not guarantee timely delivery of mail-in ballots in 46 states, including New Jersey. Last week, President Trump admitted he was withholding support for the U.S. Postal Service in order to stop mail-in ballots.

“The Trump Administration’s deliberate sabotage of the U.S. Postal Service is an attack on our democracy. Americans rely on timely mail service for lifesaving medications, social security checks, and tax refunds. It’s clear the Trump Administration’s so-called restructuring efforts are slowing mail delivery, putting the health of millions of Americans at risk and raising the likelihood that millions of voters could be disenfranchised this November,” Congressman Pallone said. “This reckless game must end. Not only did the House pass the Heroes Act that allocated $25 billion to ensure the post office can operate efficiently and effectively, we’re also returning to Washington this weekend to pass another bill to protect postal delivery from Trump’s damage. It’s past time for Senate Republicans to show the American people that Congress will not tolerate any attempt to use the U.S. Post Office as a political pawn.”

“Few federal agencies have been hit harder by COVID-19 than the USPS—but they’ve received less help and more opposition than almost anyone else,” said Senator Vin Gopal. “As a result, thousands of New Jerseyans have experienced significant delays in receiving their mail, and the USPS is in sincere danger of going bankrupt next year. At a time when these services are more critical than ever, that’s unacceptable. The Trump Administration must immediately act to fix these issues and allow the Postal Service to do its job properly.”

“The United States Post Office has been failing to deliver mail to Americans across the country in a timely and efficient manner,” said Assemblywoman Joann Downey (D-Freehold Township). “We have had many residents of Monmouth County reach out to us about not receiving their bills, medications, or other important documents and packages on time, and they are rightfully outraged. This matter needs to be fixed immediately, and we are calling on the Republican Senate to fully fund America’s Postal Service.”

“In the midst of a global pandemic, the last thing people should be worrying about is whether their mail got delivered or if they will be receiving their mail in a timely fashion,” said Assemblyman Eric Houghtaling (D-Neptune Township). “The USPS is responsible for connecting the people of this nation – they need to be able to do their job properly and efficiently without interference from the Trump Administration.”

“As they risk their health each day along with other frontline essential workers, letter carriers have become angry, frustrated and embarrassed by various USPS management initiatives that are now resulting in delayed mail and undelivered routes in many areas of the country,” said Christine Strasser, Director of Education of the New Jersey State Association of Letter Carriers. “The Postal Service must provide reliable service to postal customers, particularly during the pandemic when our role is more essential than ever. We will continue our engagement with Postal Service management and Congress as we work through a transition in USPS governance, the effects of COVID-19, and the consequent need for financial relief.”

The U.S. House of Representatives is scheduled to vote this Saturday on the Delivering for America Act. The bill would prohibit the Postal Service from implementing any changes to operations or level of service it had in place on January 1, 2020, including any revision of service standards, closure of post offices or reducing hours, barring overtime pay, and making other changes that would delay mail or increase the volume of undelivered mail.

Long Branch Mayor John Pallone introduced elected officials including Council President Bill Dangler and Donald Covin from the Housing Authority and President of the BOE. He then spoke about the importance of the U.S. Post Office and what they offer.