From the Legislature: Our State Budget Priorities 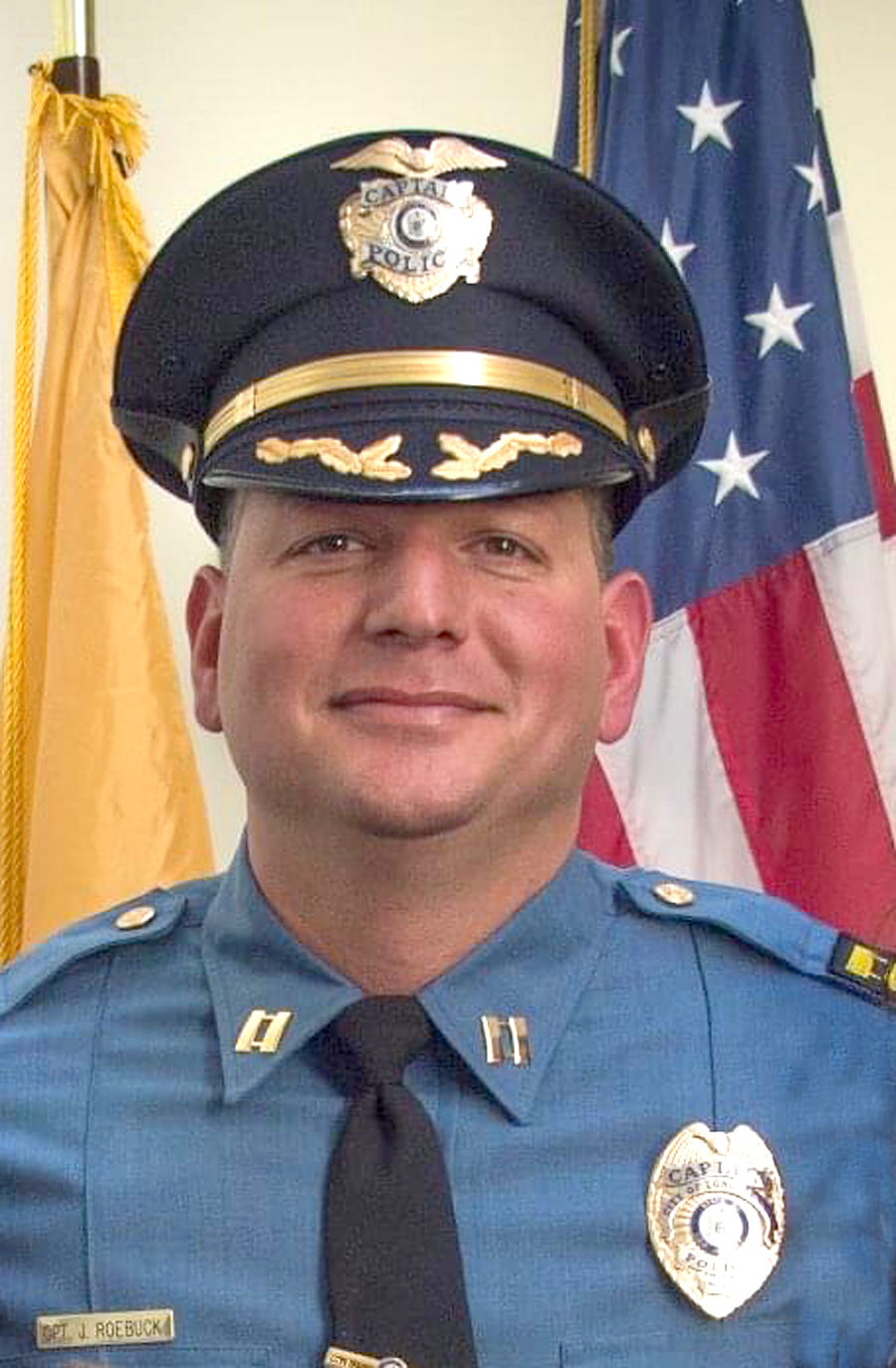 By Walter J. O’Neill, Jr
On August 25, Mayor John Pallone and the City Council announced that they were reinstating the position of Public Safety Director in response to an audit of the police department. 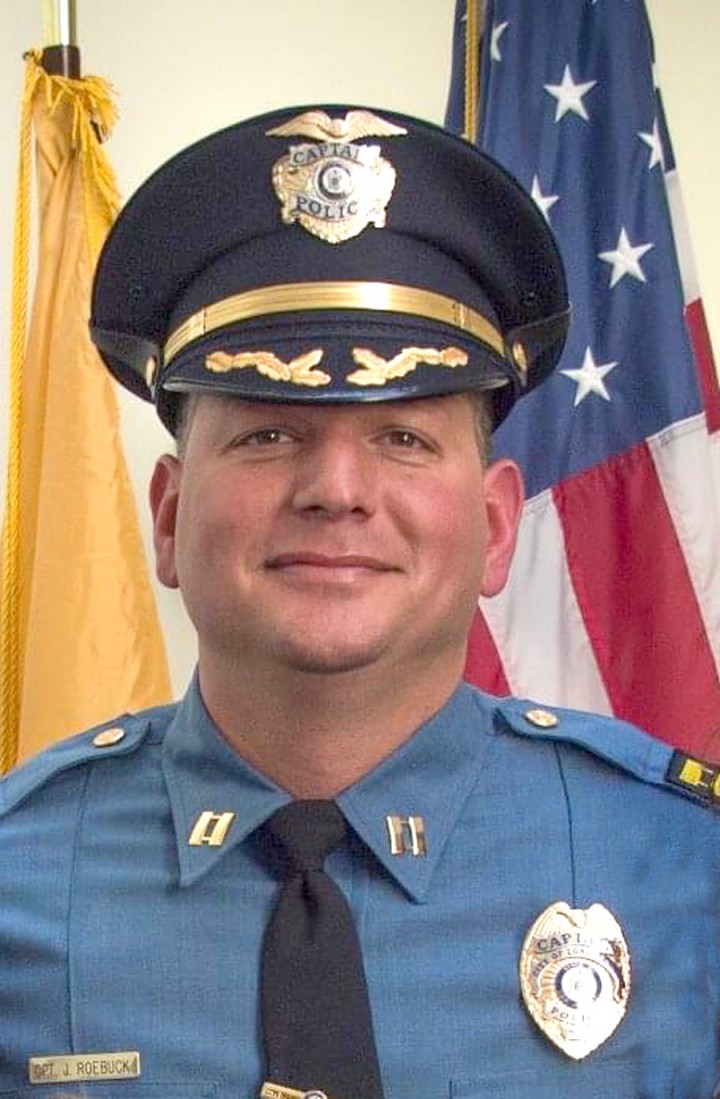 The city hired Government Strategy Group (GSG) to conduct the investigation at a cost of $43,000.

One issue against this decision is that the city has Police Chief Jason Roebuck at the helm of the department, who has had an unblemished 25-year career with the LBPD. He was appointed chief in 2017, and prior to that had held the title of Public Safety Director since 2013.

According to Ray Hayducka of the New Jersey State Association of Chiefs of Police, two Long Branch Police Officers had inquired about how to get rid of Roebuck before the GSG report was commissioned.

“The attempt to remove Chief Roebuck started before he was appointed Chief of Police,” Hayducka said. In that conversation two officers (one current and one retired) inquired if Roebuck could be removed as Chief if the city returned to a Public Safety Director when a new administration took power. “I was perplexed by this, but it became obvious when I was talking with them that  it was personal and their issue was with Jason Roebuck not the position,” he said.

Hayducka, who is currently the Chief of Police in South Brunswick informed the two  officers that it was a bad idea and it could only be done for reasons of economy and with the approval of civil service. “I explained that Atlantic City had removed  their chief which resulted in a multimillion-dollar jury verdict because it was exposed as political retribution,” said Hayducka.

On May 8, 2018, sweeping change took place in Long Branch when John Pallone was elected Mayor of the city, along with his team of five running mates for City Council. They defeated long-time incumbent Mayor Adam Schneider and his team of running mates. Mayor Schneider had held the position for twenty-eight years, since 1990, as stated in the GSG report.

“The report states that the appointment of a chief happened four months before the election. This is a distortion of the facts to make it seem politically motivated,” said Roebuck.

Public Safety Director is normally a civilian position and at the discretion of the governing body. Before Roebuck accepted the title in 2013, he was a captain on the force. He never gave up his law enforcement position/title with civil service, he was just on leave.

“The process of changing to a chief had its genesis in late 2016, after meeting with the County Prosecutor’s Office and the State’s Chief’s Association, and those talks continued into 2017,” Roebuck said. “Mayor Pallone and Councilwoman Celli know this as they were on the council at that time.” He added that the Chief’s Association actually made a presentation to the governing body.

According to Roebuck the city consulted with a labor attorney, civil service, and then wrote and voted on the ordinance in June/July 2017. In July, the mayor and council appointed Roebuck as acting chief as the next state-wide chief’s test was scheduled for December 2017. Roebuck, along with three captains from LBPD took the exam, where Roebuck finished number one in the state. Once the results were verified, Roebuck was appointed chief in January 2018.

“The only political motivation I can see is the current city government using a slanted report to disparage me so they can justify a large politically appointed salary,” added Roebuck.

Mayor Pallone said, “This is about the decision to hire a public safety director, and how to better manage and coordinate the police and fire departments, office of emergency management and first aid for maximum efficiency and effectiveness.” He added that it’s not about one individual. “The chief of police will be keeping his position and will not be removed.”

Roebuck stated that the GSG report is filled with contradictions and falsehoods. There is an accusation in the report that a certain captain and Roebuck don’t speak. “I tried several times to mend that fence but was rebuffed. The captain has also refused to meet with the other three captains and has told them, ‘I won’t do anything to make him look good,’ referring to me,” Roebuck said. However, the chief pointed out that the captain in question has never been insubordinate and not followed an order or directive.

“It is obvious to me that the report was produced to discredit me, so they could engender support for another paid position that they could control,” Roebuck said. “The city government has tried to run the day-to-day operations of the police department for the last two years, attempting to persuade me to make different assignments for certain officers, continually going around me to issue orders to my subordinates, even in one case calling a patrol officer to tell him to issue tickets in a certain part of town,” said Roebuck.

Page 18 of the GSG report talks about an intensely restrictive policy that Roebuck put in place to supposedly prevent officers from discussing operational police details with the mayor and council.

“This policy is part of the accreditation standard followed by the New Jersey State Association of Chief’s of Police and is the standard among most police department,”  Roebuck said. The GSG report even praises the LBPD for pursuing accreditation calling it the “gold standard”. “I don’t understand the contradiction. It seems like an addition to the report to attempt to discredit me.”

Page 11 of the GSG report says that the entire patrol division is required to wear body cameras while on patrol is a falsehood according to Roebuck. The chief stated that his department does not have enough cameras to equip the patrol division, and still doesn’t. They did receive a federal grant to purchase additional cameras, however with COVID all shipments have been delayed. The report also said that body cameras were taken off the street crimes unit. “That is another falsehood. They never wore them and they make it seem we did it to hide something. No narcotics unit in the county wears body cams. We do wear them when the team executes a search warrant,” said Roebuck.

“The most troubling part of the audit was the blatant lies about communication between the city government and I. Whether this was done in an attempt to discredit me, or in an attempt to justify paying a large salary to a public safety director on top of my salary is unknown. I have never ignored request for information, and have hundreds of emails to prove it,” said Roebuck.
“I can tell you, I have never received a negative review or comment in my file,” Roebuck said.

“It was important for us to show full transparency by having a third party conduct this study, making the process fair and balanced,” said Pallone in a statement.

Pallone and his administration hired retired Eatontown Police Chief and former Borough Administrator George Jackson as their City Administrator. Currently his job entails the role of public safety director as he oversees all the emergency services units in the Long Branch. Roebuck stated that he has daily conversations with Jackson and never had any issues with providing him with information.

Pallone declined to answer the question of Jackson’s duties and role as city administrator and if he is currently acting as public safety director.

“The salary of the public safety director will be dependent upon the qualifications and experience but will not exceed that of the police captain,” said Pallone.

Council President Mario Vieria would like to bring back the position. “Historically, Long Branch had a Director of Public Safety from 1979 until about 2017,” Vieria said. “The Director was in charge of all of the city’s emergency services, including our police department and fire department services. Given the recommendations in the police audit, we believe it is in the best interest of our residents to bring this position back,” he said.

Councilman Bill Dangler stated, “We look forward to any ideas our new director of public safety offers to the City of Long Branch. As council members, we are always looking to put the safety of our residents first.”

“The accountability that the position has to the public will be beneficial for the future of our city,” said Councilwoman Rose Widdis in a city prepared statement.

The report called Roebuck defiant.
“This is all part of a long-term plan to remove the position of Chief of Police hatched by political allies of the current elected officials, some of whom work in the police department. Current  officers worked on their (Pallone’s) election campaign, and expected a “quid pro quo” after the victory,” said Roebuck. He added that after the 2018 election, rumors started spreading of the chief’s demise. Officers even offered to help carry out his personal belongings. “This, along with the elected official’s actions, has contributed to a hostile work environment. Proof of this will be provided at a later date,” Roebuck said.

“The GSG report fails to highlight all the positive changes Chief Roebuck has implemented,” said Hayducka. “They failed to give him credit because they needed to justify recommending an option that suited the Mayor and his supporters.”

In the state there are currently 450 chiefs of police and  20 public safety directors.

“The New Jersey State Chiefs offers a transparency challenge to the mayor and governing body. Produce the draft reports by GSG that the mayor received prior to the final report and make them public. Hold a public meeting and let the taxpayers and members of the public ask questions of the two retired chiefs that interviewed Chief Roebuck and members of the department. I am very confident it will paint a different and accurate picture,” Hayducka said.