Have coffee with LB Mayor and Council 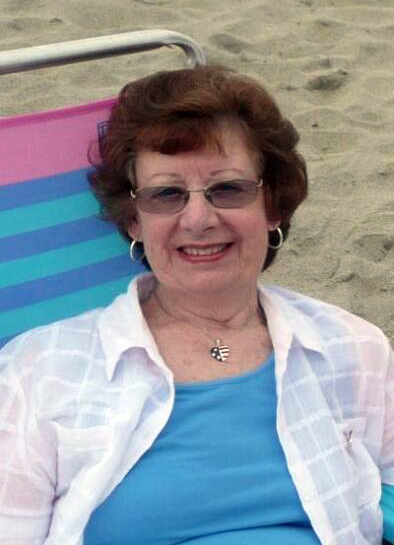 Joseph “Junior” Mazza, Jr. 83 of Oceanport and Marco Island, Fl. died on Wednesday September 23rd at his home in Oceanport.

He enjoyed traveling throughout the country with the love of his life, Dottie, in their RV. He was always happy to return to his beloved Marco Island.  Junior enjoyed Harley Davidson motorcycles and riding throughout, New Jersey and Florida. He enjoyed fine dining wherever he and Dottie traveled. Junior was a student of the stock market and would study the trends of everyday.

Junior loved to be with his family, especially his kids, grandchildren and his many nieces and nephews. He had an ability to put everyone in a good mood with his passion and optimism for life. He proudly served and was honorably discharged from the New Jersey National Guard.

He was a devoted parishioner of Our Lady Star of the Sea RC Church, Long Branch. Junior enjoyed the opera, but his favorite song was the theme from the Godfather.

Joe was pre-deceased by his wife Dorothy Carl Mazza in 2019; daughter, Kathleen Mazza, in 2004; his brothers and sister, Bruno Mazza, Victor Mazza and Marie Massaro.

Visitation Sunday, September 27th, 1 to 5 pm at the Woolley-Boglioli Funeral Home, 10 Morrell Street, Long Branch. Mass of Christian Burial, Monday September 28th, 10 am at Our Lady Star of the Sea RC Church, Corner of Second and Chelsea Avenues, Long Branch. Entombment Woodbine Mausoleum. To share a favorite memory of Junior or send messages of condolence please visit his page of tributes at www.woolleyboglioli.com.

In order to accommodate all of Junior’s family and friends, we ask that you please be brief while visiting in order to make room for additional guests to pay their respects; we appreciate your understanding at this difficult time. Masks are required in the funeral home.

D. Salmon, age 82 of Oakhurst died peacefully on September 19, 2020 at home. Born in Long Branch, she had lived in Oakhurst for the past 50 years. Sarah was a bookkeeper for the Long Branch Trust Company and a receptionist for Dr. Picone. She was a parishioner of St. Michael’s Church in West End.

She enjoyed spending time with her grandchildren Emilee and Sheamus. Their love kept her strong during her fight with cancer through the end.

Sarah was predeceased by her husband, Richard in 2016. Surviving are her sons and daughter-in-law, Jeffrey Salmon and Timothy and Leah Salmon; her sister, Janet Jones, her brother-in-law and sister-in-law, Joseph and Bette Salmon; 3 grandchildren, Emilee, Sheamus and Hunter many niece and nephews, extended family and wonderful friends.

Visitation will be held on Monday, September 28, 2020 from 4 – 7 pm at the Damiano Funeral Home, 191 Franklin Avenue in Long Branch. Funeral Tuesday, 9 am from the funeral home with a Mass celebrated at 10 am at St. Michael’s Church in West End, Long Branch. Entombment will follow at Woodbine Mausoleum, Oceanport. In lieu of flowers, donations may be made to American Cancer Society, 2310 Rt. 34 Suite 1D, Manasquan, NJ 08736 or Founders Affiliate of American Heart Association, PO Box 417005, Boston MA 02241. Letters of condolence may be sent through the Tribute/Guestbook link above.

He graduated Long Branch High School in 1965, where he lettered in Football and Wrestling. He was a regional champion wrestler. Fred proudly served in the U. S. Marine Corp, serving in Vietnam as a Helicopter Gunner. He was honorably discharged after obtaining the rank of Sergeant.

Fred went to work for the IBEW Local 400 as an Electrician. Following his retirement from the Union, Fred became an electrical designer for wireless cell towers.  He retired from KMB Design Group in November 2019.  He was the Owner of FHS Stables, which bred and raced thoroughbred racehorses. He raced his horses at Monmouth Park and Philadelphia Park. Fred was a lifelong member of St. Luke’s United Methodist Church, Long Branch, the Long Branch Elks, BPOE #742 and an Exempt member of the Neptune Hose Company, Long Branch Fire Department. Fred was a member of the Monmouth Ski Club as well as the NJ Breeder’s Association.

Miguel A. “Papo” Ferrer, age 64 of Long Branch, died Wednesday, September 23, 2020 at home. Miguel was a pipe layer for D & D Utility Contractors in Long Branch before retiring. Miguel was born and raised in Mayaguez, PR before moving to Long Branch. He loved to play softball and spending time with his family.

He was predeceased by his father Carlos Ferrer, his brother Carlos and his sister Nilsa. Surviving are his wife Ideliza “Dely” Ferrer; his daughter Ideliza “Lisa” Ferrer; his mother, Milagros Ferrer; 3 brothers, Samuel, Raymond and Manolin Ferrer; 6 sisters, Elisa, Elba, Luz, Ramona, Santia and Lourdes Ferrer; 2 sisters in law, Nilsa Samol and Nancy Clarke; 2 grandchildren, Alexis and Amirah; his “boys” Saco and Jasper, and many loving nieces and nephews.

Rysean Domar Traymon, age 37 of Eatontown, earned his wings on September 18, 2020. He was born on February 25, 1983. Rysean was self-employed as a fabricated welder and loved doing other jobs as well.

Rochelle Nicole Biddle “Ro”, 41 of Long Branch, passed away peacefully on September 15, 2020 at Beth Israel Hospital in Newark, New Jersey.  She was born on June 6, 1979 to Charles H. Biddle and the late Brenda Traymon Biddle. Rochelle attended public school in New Jersey and graduated from Highland Springs High School in Virginia. She was a dedicated employee for Seman Tov Bus Company for 13 years until her illness caused her to stay at home.

Rochelle enjoyed quality time with her boys, listening to music, watching movies, writing poems, and reading books. Anyone who knew Ro, she left an impression and a big smile. She would send you a motivational message daily by text.

Muriel Chambers – It is with great sadness that the family of Muriel Chambers announces her peaceful passing on Sunday, September 20, 2020 at the age of 85 after, thankfully, a very short illness.

Muriel loved her job as a federal government employee of the United States Army. She received many awards and commendations during her tenure and was very proud of the work she did supporting our soldiers and government.

She loved her many vacations to locations such as Hawaii, Canada, Bermuda, Bahamas, Las Vegas, Florida, Niagara Falls, and the 1,000 island region of New York. She easily made friends and is known as a loving, giving and kind-hearted woman. One time during a vacation a women she befriended admired her shirt and Muriel later gave her that shirt.

She was always ready to laugh and enjoy life, regardless of hardships that came her way. Not one to complain, she was strong and steady and quick to give comfort to others, not asking for it herself. She loved to read books, do crossword puzzles, knit, travel, listen to country music, and watch old games shows on TV. She loved her family with all her heart and soul. She will be missed.