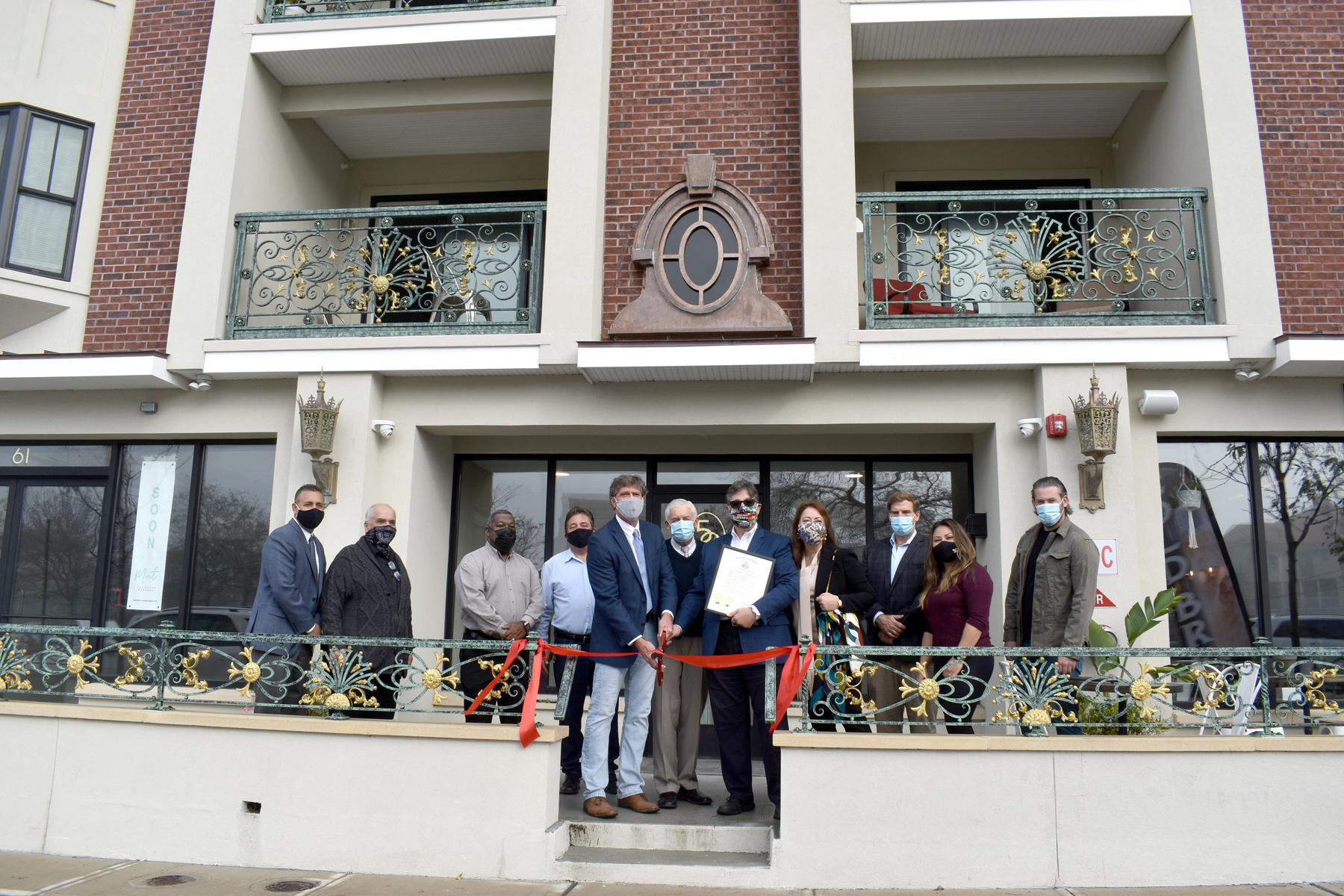 It was a proud day for Martin and Leslie Grubman of Monmouth Beach on Tuesday when the ribbon was officially cut to celebrate the final phase of their building on Brighton Ave. next to the Bagel Boys and East Coast Coin.

In February of 2012 the structure  in West End, housing apartments upstairs and commercial shops on street level, was destroyed in a large fire. At the time the blaze took their building and the building to the east of it. In high winds a spark drifted over the East Coast Coin building and landed on the roof of Wells Fargo Bank on Ocean Ave. Firefighters quickly doused the blaze and the bank remained intact. For years East Coast Coin, untouched by the fire,  sat on that section of Brighton by itself.

Until construction began the empty lots were used for events being held in West End Park – usually seating to watch concerts.

The Grubmans watched that cold day in February with a sense of hopelessness, but swore they would rebuild.

The process took a long time, but they feel it was worth it. “We had a lot of help from Mayor Pallone getting this project done,” Grubman said.

Leslie Grubman said that the railings on the front of the building overlooking Brighton Ave. were styled with shells in mind. “I didn’t want a literal shell design,” she said. “I wanted something reminiscent of a shell.”

She said she used the same person to design the railings who had made a table for Henry Kissinger. “I think he did a wonderful job.” 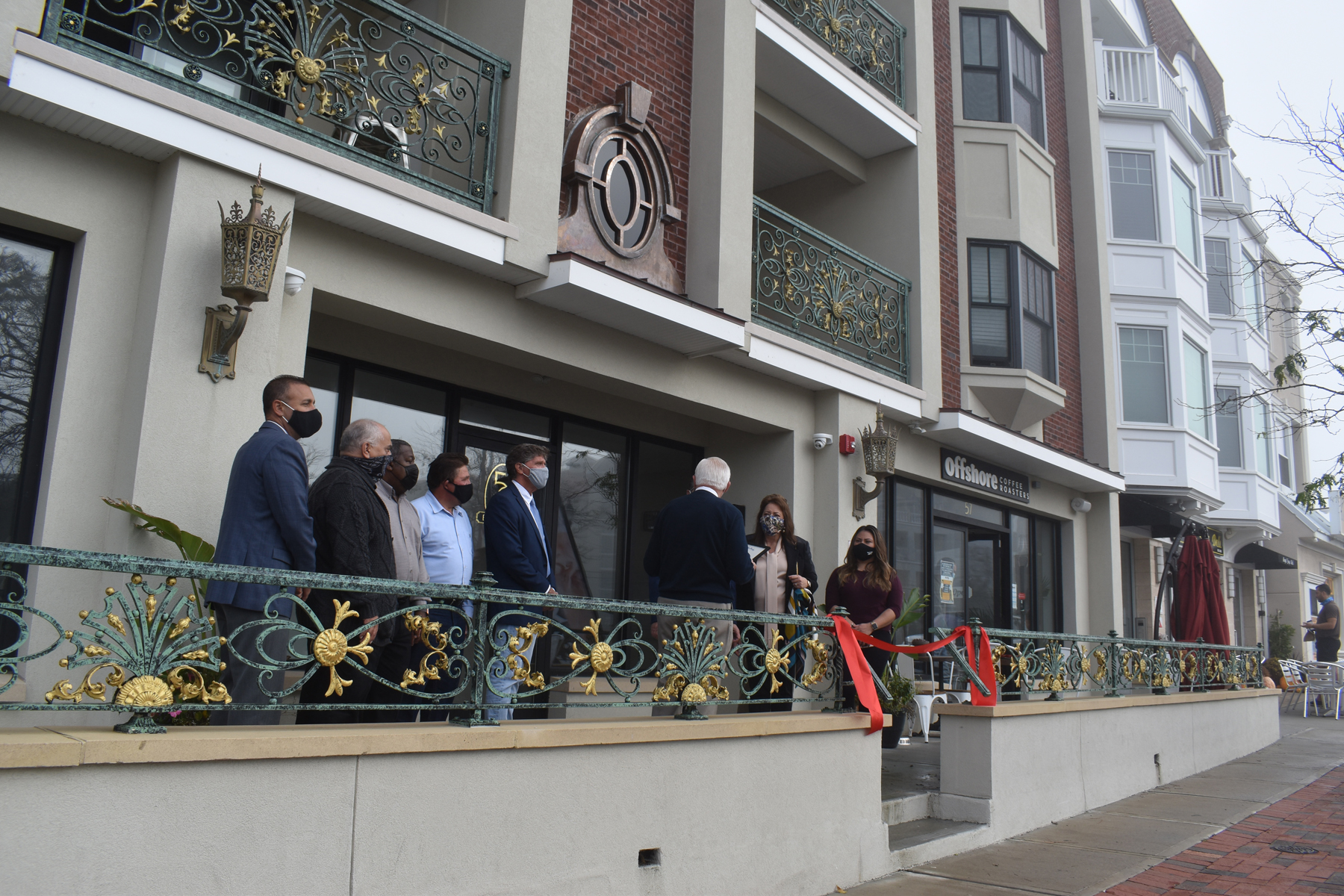 The facade of the building fits in with buildings around it and takes up the same footprint as before. Right now one of the shops is home to Off Shore Coffee Roasters (great coffee, friendly people) and other commercial spaces are in the process of being rented. To the right of the Grubman apartments (white building) is the second structure that was destroyed by the same fire. It has also been rebuilt with apartments on top and Bagel Boys on the ground floor. The unscathed East Coast Coin is to the far right.

The Grubmans agreed that they wanted the building to blend in with the neighborhood.

Grubman gave a tour of a two-bedroom, two-bath apartment. “This one rents for $3,000 a month,” he said. “Our apartments come with high end fixtures and appliances.” He said that there are 12 apartments, all rented.

There is a large rooftop terrace with a view of West End and the ocean. “We styled it after a New York rooftop,” Grubman said. On the lower floor of the building there is a small gym with weights and aerobic equipment. All tenents have their own storage area.

“It’s like a small community,” said Leslie Grubman. “Everyone knows each other and love living here.”