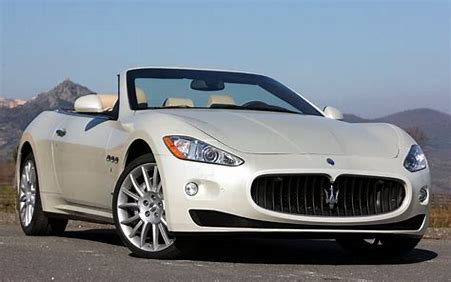 “Car thieves have been feasting on a smorgasbord of high-end vehicles in Monmouth County’s affluent neighborhoods, but they are about to find out the buffet is closed. State, county and local law enforcement officers are working diligently and are focused on ending the feeding frenzy,” Prosecutor Gramiccioni said.

Sunday morning of four car thieves from Essex County. The arrests are yet another example of the concerted efforts by local police to combat the onslaught of Monmouth County high-end car thefts, according to Monmouth County Prosecutor Christopher J. Gramiccioni.

Marlboro Police were alerted early Sunday morning to a suspicious motor vehicle located within the Morganville section of town about 12:45 a.m. Upon response, police determined the suspected thieves entered a motor vehicle parked in a resident’s driveway and attempted to enter another vehicle parked outside of the same resident’s home. Despite the swift response, police were unable to locate the suspicious vehicle but notified surrounding towns about the incident.

Several hours later, the same vehicle was reportedly traveling around the area attempting to enter and steal vehicles. As a result of information obtained, Marlboro Police notified police in Freehold Township the dark Maserati occupied by multiple males may have been entering their jurisdiction and it was suspected they were attempting to steal motor vehicles. Shortly after this notification, a Freehold Township police officer observed a vehicle fitting the description on Rustic Way heading towards him, causing him to have to make evasive maneuvers to escape being struck. The officer turned around and activated his emergency lights in an attempt to conduct a motor vehicle stop. The vehicle, however, failed to stop and fled at a high rate of speed and in an extremely reckless manner as it travelled north on Route 79. Shortly thereafter, the officer, from a distance, observed the vehicle crash and roll several times.

Caputo’s Bakery Shoppe for Thanksgiving Dessert
As the officer approached the vehicle, he saw three males fleeing the scene of the crash. After a foot chase, the officer was able to arrest the three males. As this was ongoing, other officers arrived on scene to assist. One of the other officers gave chase to two additional vehicle occupants. The officer apprehended one of the two. After apprehending 4 of the 5 males, police determined that the crashed vehicle, a 2016 maroon Maserati Ghibli, was stolen the prior day in Irvington.

As police continued to investigate this incident, Marlboro Police were contacted by homeowners on a street in town, indicating a group of individuals attempted to steal their vehicles. Upon arrival, police spoke with the homeowners and were able to view several surveillance cameras to corroborate the actors were the same as those in the Maserati that crashed moments after fleeing this street and encountering the Freehold police vehicle.

As a result of the combined efforts of Freehold Township and Marlboro police, four individuals from Newark were charged with various crimes in both towns. Police charged 19-year-old Sharrod Rodgers and 18-year-old Isaiah Davis, both of Newark, with third degree burglary, two counts of third degree attempted burglary, second degree receiving stolen property and fourth degree resisting arrest. Aziz McCloud, 18, of Newark, was similarly charged; however, after police determined he was the driver of the stolen vehicle, he was additionally charged with second degree eluding, third degree aggravated assault on a law enforcement officer and third degree possession of a controlled dangerous substance (cocaine). The fourth vehicle occupant was charged on a Juvenile Delinquency complaint. He was later released to a guardian.

Prosecutor Gramiccioni commended the Freehold Township and Marlboro police officers involved in this investigation and pointed out that officers across the County have been extremely vigilant in attempting to catch these high-end car thieves. While this is a prime example of a successful joint effort, there have been others.

Recently, Deal Police Department has been inundated with high-end vehicle thefts and officers made several arrests after a multi-day investigation. On October 12, 2020, around 10:18 a.m., Deal Police responded to Parker Avenue for a report of a motor vehicle theft. While on scene, police were alerted to an additional motor vehicle theft on the same street. Based on surveillance video, it was determined the two vehicles, a BMW and a Mercedes, were stolen in the early morning hours. Utilizing Mercedes Benz tracking software, officers learned the stolen Mercedes Benz was driven north and ended up at a motel in Linden. Upon responding to the motel, the two stolen vehicles were located and secured. The suspects were identified, as was the vehicle they used to travel to and from Deal.

Additionally, in the early morning hours of October 15, 2020, another Deal police officer conducted a motor vehicle stop on a vehicle speeding out of Asbury Park. Ultimately, it was determined they were operating the vehicle which had been used to steal the Mercedes and BMW three days earlier. Deal police, with the assistance of police in Brielle, were able to link the occupants to a motor vehicle burglary in Brielle earlier that morning. Three men, 18-year-old Jeron Pitt of Somerset, 18-year-old Ishmil Fate of Newark and 19-year-old Christopher Rodriguez, also of Newark, were all charged with second degree theft, two counts of third degree theft and two counts of third degree attempted theft, as well as third degree Burglary in Brielle.

“While not all of these motor vehicle thefts are committed on unlocked cars, it appears these thieves continue to target high-end motor vehicles, whose owners continue to leave their cars unlocked with their key fob inside. Locking your doors and securing your keys will go a long way towards reducing these crimes. While police officers across Monmouth County have relentlessly investigated these high-end thefts, the community needs to be aware that a reduction in car thefts is unlikely until careless owners begin to lock their vehicles, said Prosecutor Gramiccioni.