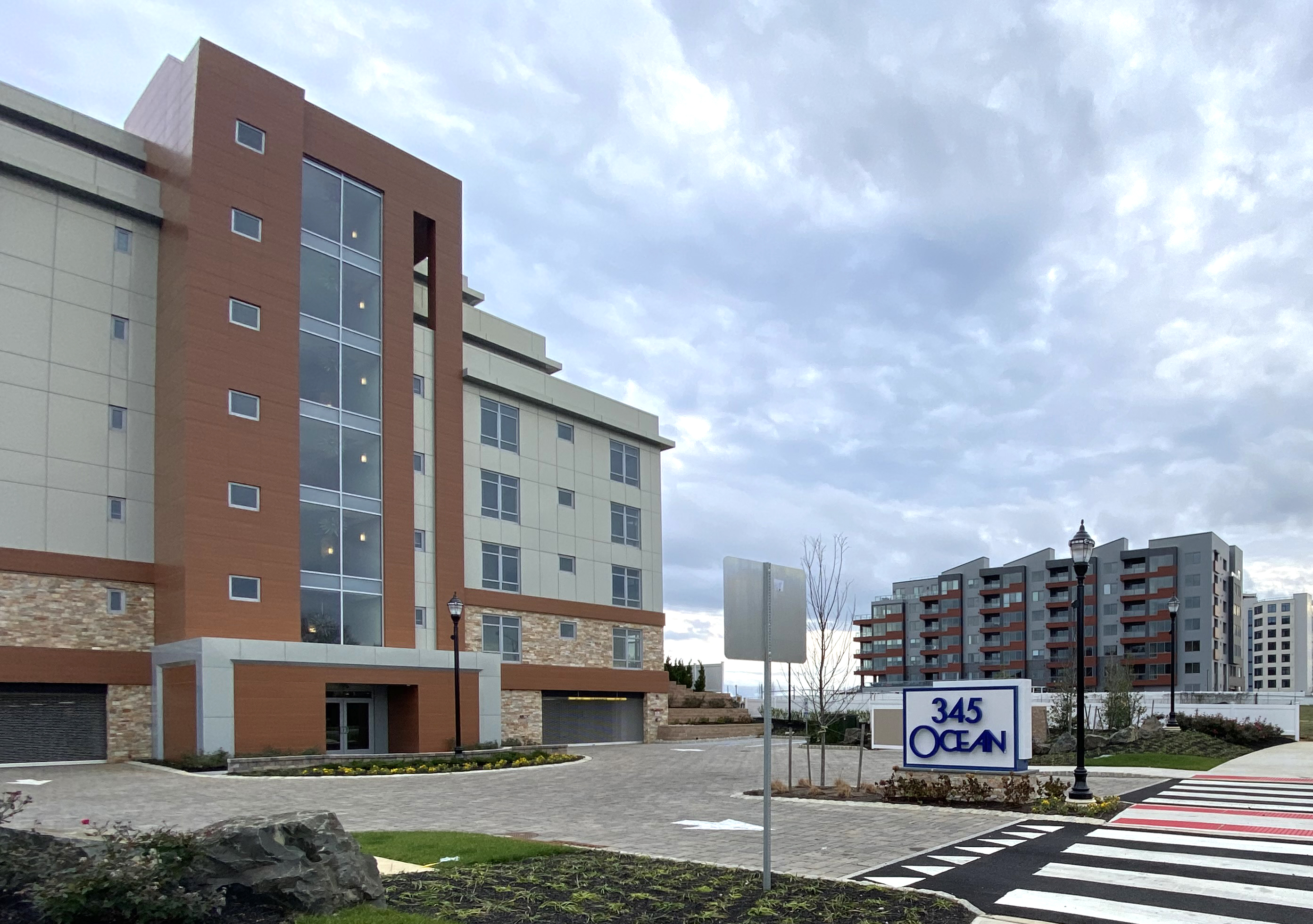 By Walter J. O’Neill, Jr
November 24, 2020
Long Branch – At the November  12 city council meeting an ordinance was being read for the third and final time which would allow Green Field Builders, a developer along the oceanfront to get an exemption from the redevelopment plan. Ordinance 23-20 would have allowed the project to go up a total of 10 stories and have unlimited density. Green Field is also building the pool club on Atlantic Ave. in North Long Branch.
Council President Mario Vieira called for a motion to approve the ordinance on the third and final reading. Councilwoman Rose Widdis made the motion to accept, however no second was received by the remaining councilmembers. Vieira then asked Louis Rainone, city attorney, if he could make the second on the motion and was told he could. Acting city clerk Mary Moss then took the vote. Councilman Bill Dangler abstained, Councilwoman Dr. Anita Voogt voted no, Councilwoman Rose Widdis was a yes, Councilwoman Dr. Mary Jane Celli voted no because of the change in the density and height. The last vote was Vieirawith a yes. The result was a 2-2 tie, which means that ordinance 23-20 was defeated.

The property on Ocean Blvd. being developed by Green Field Builders is under scrutiny for wanting to build higher than the complexes in the surrounding area that were limited in size by ordinance 23-20.

At the November 24 council meeting. The governing body had decided to give that ordinance a second life after its previous defeat renaming it 26-20 which, according to Rainone, is identical to 23-20. “It is an amendment to the Oceanfront-Broadway Redevelopment Plan. This ordinance was introduced by council twice and went to be reviewed by the planning board twice and is being presented to you in the same form as it was when it received a tie vote last week, and of course a tie vote results in a defeat,” said Rainone. And the ordinance was passed.

That decision did no sit well with other oceanfront developers. Mike Lubin, attorney for Black Ridge LLC., which developed 345 Ocean Blvd. one of the newest structures built in the city is objecting to the ordinance.

Phoning into the meeting Lubin said that ordinance 26-20 would allow for the construction of a 10-story complex, where his client and other builders in that zone could only go up eight stories.

Rainone stated that several things were said during the public hearing and introduction of the original ordinance, 23-20, which were inaccurate or misleading. “After the last meeting I spoke with many of the council people and once I laid out the appropriate facts in regards to this ordinance it was the council’s and council president’s determination to put it back on for introduction,” Rainone said.

The change to the ordinance has to do with building height and unit density. Rainone said that despite what was said, this project does have a limit on bulk and building volumes. He stated that the proposed amount of units is 109 and the building height is about the same as those around it with a difference of about five feet. “As presented to council now, more than six weeks ago this development also included a density bonus because of the additional units. The density bonus is $2 million and all I have been laying out to you will be the subject of redeveloper’s agreement which we will present to council,” added Rainone.

In regards to the extra density, Rainone explained that from a financial point of view it is actually better for Long Branch. “As opposed to a tax abatement which reduces somebody’s taxes, when you increase density it increases value and the taxes that are going to be paid. I hate to use the phrase win-win,” Rainone said.

Rainone said that it does not have to go back to the planning board as they have already reviewed it twice and it is unchanged except for the ordinance number, 23-20 to 26-20. On December 9 they will have the redevelopment agreement so the council can move the project forward.

One person who called into the virtual council meeting said it is not a win for the city. They said the developer might not have received a tax abatement, but the project will tax the already stressed Long Branch infrastructure.

Construction along the waterways in New Jersey must receive permission from the NJ Department of Environmental Protection. Long Branch had submitted their redevelopment plan for Ocean Avenue to the DEP and they received what is known as a permit-by-rule. That means as long as the project was in line with what was submitted no additional permits would be required. However, if the scope, size and type of project differed than what was in the plan, they must seek permission from the DEP before they can proceed.

Rainone said that even with the increased density and allowing the project to be built higher, he didn’t feel they need DEP approval.

Vincent LaPore called into the meeting saying that Rainone was incorrect with his statements in regard to the DEP and the ordinance. “Unlike this city, I have been actively dealing with the DEP, up until today as a matter of fact. This city was to approach DEP first under the general permit-by-rule to see if these amendments could be taken into consideration, which DEP CAFRA (Coastal Area Facility Review Act) will not allow. So you’re burning out the taxpayers’ dollars with the planning board, and legal fees on something that isn’t going to happen,” LaPore said. He added that the city has  caused an imbalance along the oceanfront as other developers realize one developer is receiving special treatment. “That imbalance will now result in litigation from several in Beach Front South,” he said

Attorney Lubin had spoken to the council on November 12, objecting to the ordinance. Lubin stated that Rainone’s comments on the ordinance sounded more like advocacy rather than an introduction. He said that at the last meeting and the final reading of what was then called ordinance 23-20, it received two votes yes, two votes no and one abstention, which means the ordinance failed. “We now have ordinance 26-20, which was introduced in tonight’s meeting.” Lubin said he was a municipal attorney for 48 years and that this was not a public hearing on this ordinance since that will happen on the 12th of December at which time “I wish to have an opportunity to speak,” he said.