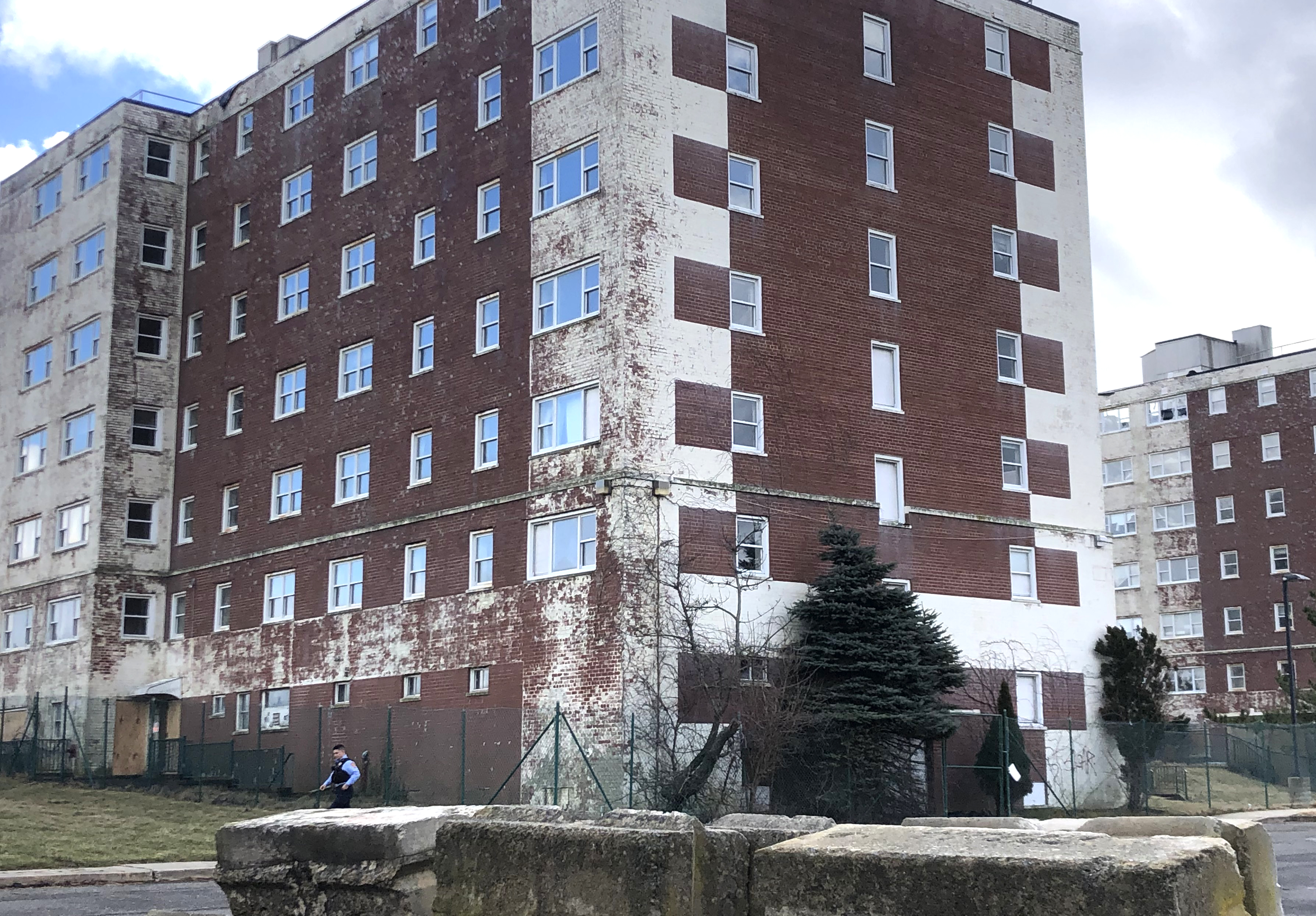 By Patty Booth O’Neill
Long Branch Animal Control has a difficult job ahead of them before Seaview Towers on Ocean Blvd. is demolished, as per an order Mayor John Pallone made public last Thursday.

Over the years the decaying buildings have become home to numerous stray cats.

Long Branch Health Department Director Sidney Johnson feels that animal control agent Debbie Nagel will put all her effort into removing animals from the site. “About two years ago Long Branch Animal Control and the SPCA helped the small cat colony at Seaview Towers,” Johnson said. “If Debbie Nagel can help again, that’s what the Mayor and Council and the Animal Welfare Committee would want her to try and do.” 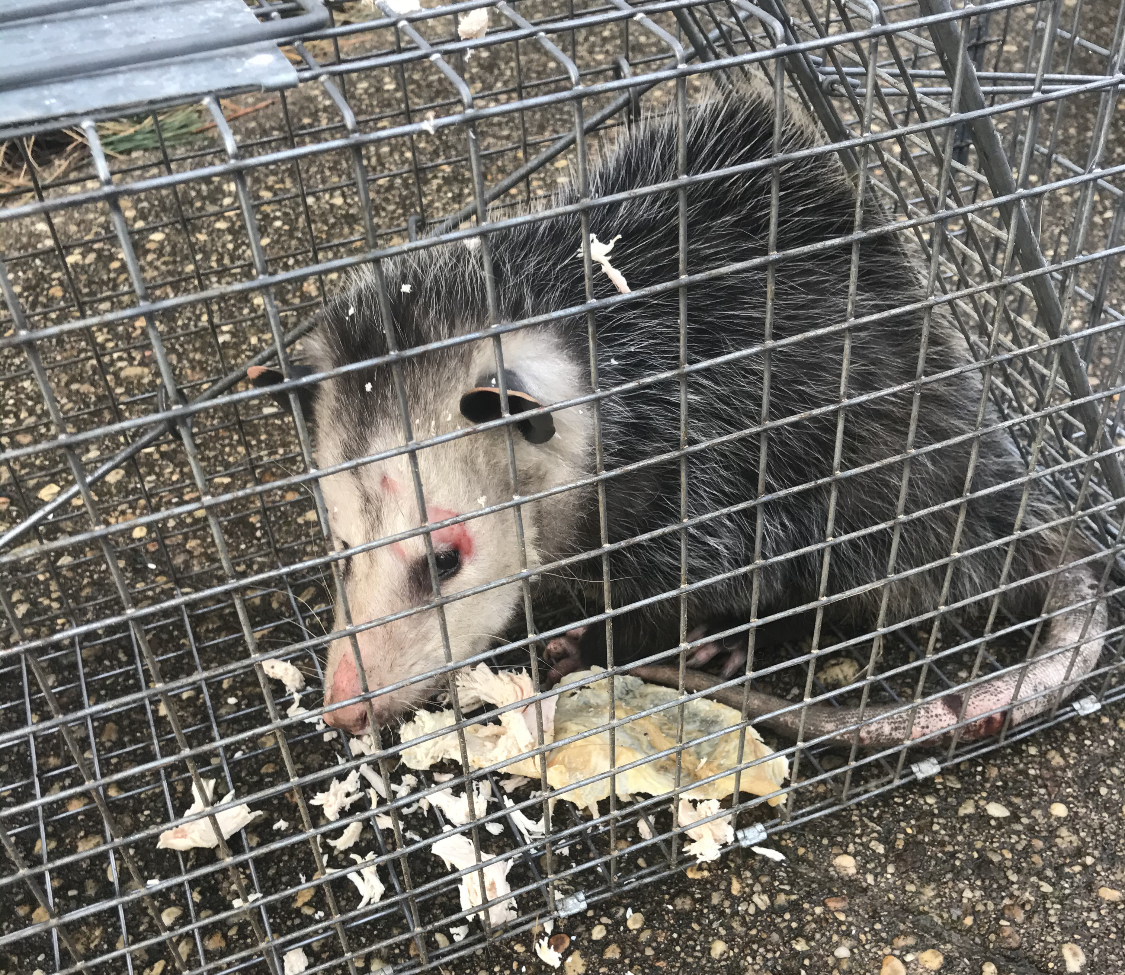 This possum caught at the Sea View Towers was released in Jackson Woods.

The two senior citizen apartment buildings have been standing vacant for over 15 years, plenty of time for animals to take up residency.

Nagel has been working night and day setting and checking traps to capture animals that may have made the abandoned buildings their home. Traps have been set around the site baited with chicken meat and water to lure feral cats. “So far we’ve caught a possum and a racoon,” Nagel said. “When we catch wild animals they are set free in Jackson Woods.”

Nagel said that they work hard to make sure the traps are emptied and reset. “I go by Seaview to empty traps in the morning, afternoon and twice in the evening,” she said. “Then they are set again for another round.”

The roof on the south tower has been caved in for the past few years. The State and City have deemed the property unsafe and Long Branch came out on January 14 stating that either the owner, Cronheim Co., raze the building within 24 hours, 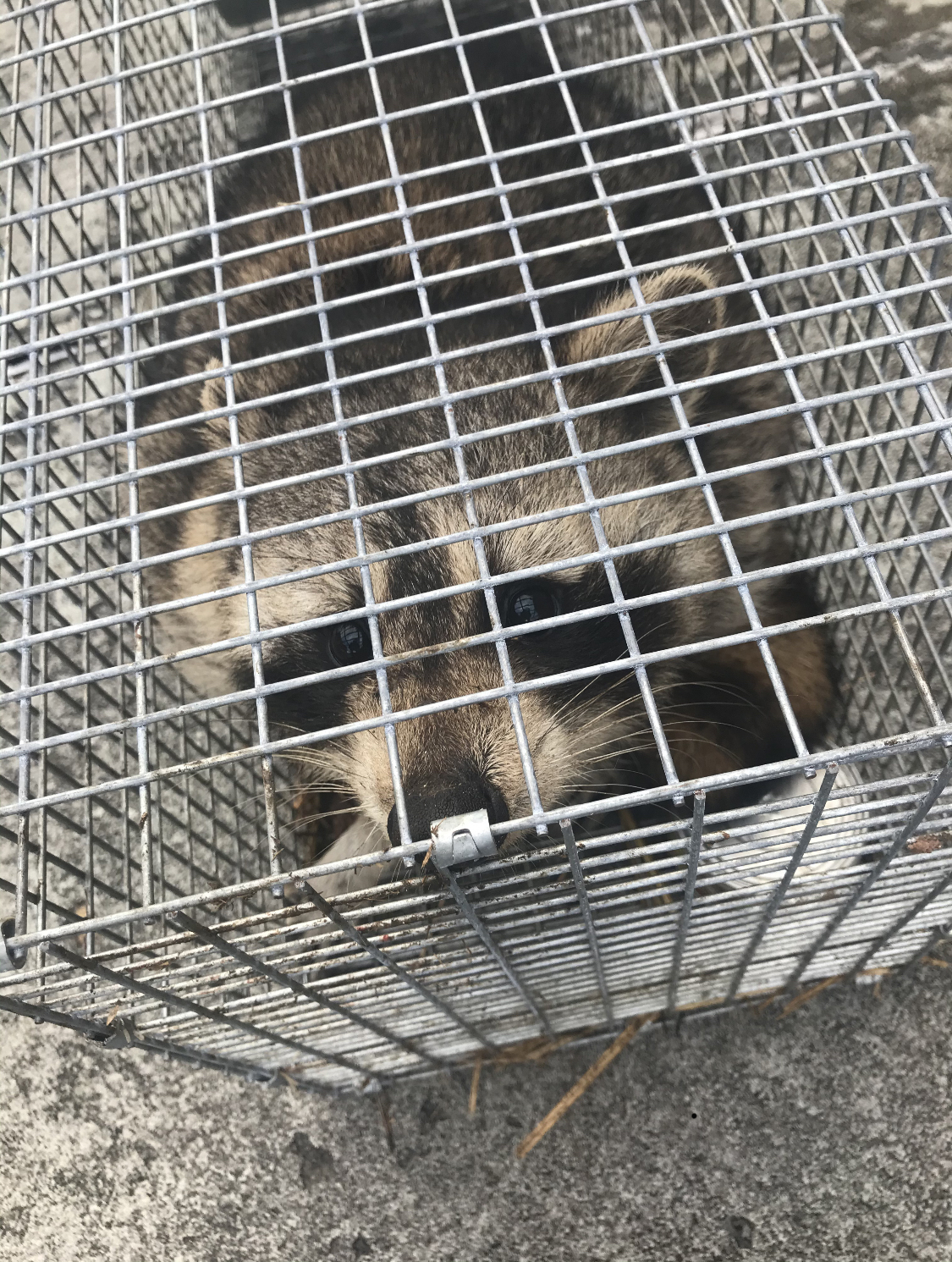 Cute, but do not approach. This raccoon was also taken to Jackson Woods.

or Long Branch will do the demolition themselves. Reportedly Cronheim Co. is making an appeal to the Monmouth County Construction Board of Appeals.

Mayor Pallone stated that the demolition project would cost taxpayers nothing and the Cronheim Co. will have liens put against them.