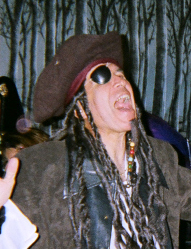 By Richie Schwartz – A close friend of many Marvin Midlarsky ,a longtime resident of Long Branch, sadly passed away recently. Marvin is survived by his beautiful wife Barbara. Stories are what keeps people “alive” to those they have left behind. Some friends of Barbara and Marvin wanted to share a few of those stories to help celebrate a man “full of life.” A special thanks to The Link for running this tribute. 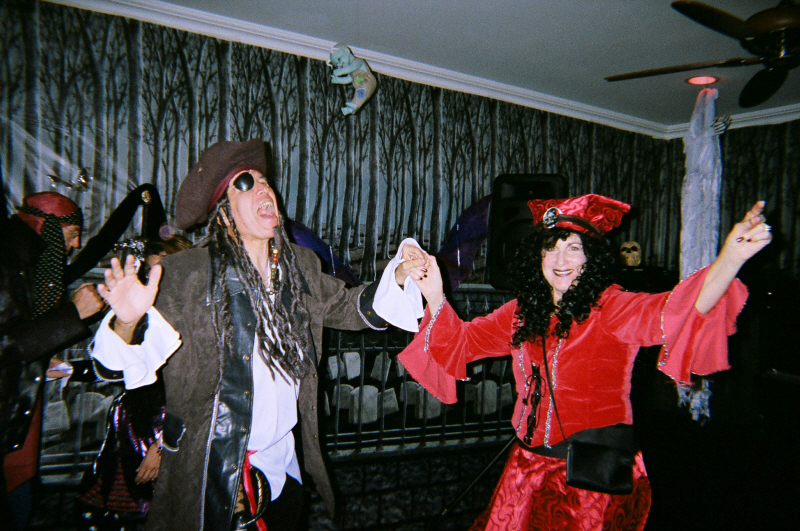 Linda Robertello: Sandy hit Long Branch hard and Jim and I lost all of our lower level and our two cars.  Marvin the Marvelous came to our rescue and loaned us his car to run errands and buy a new car.  Also, Marvin and his wife Barb the Best gave us a key to their condo and told us that we could come and go as we please and provided us with a warm bed.

Jimmy Robertello: Marvin was always the healing peacemaker when the group sat at the Corner Café and discussed life or politics or anything that resulted in possible conflicts. He was a really good man who is truly going to be missed. Whenever the Long Branch marathon came every year, we would always volunteer to help with the festivities whether it was selling clothes or working on registration.  Marvin always was on the computer because he was a wiz at that task. Actually, everything I did with this marvelous man was enjoyable. Thank you, Marvin, for being our friend. 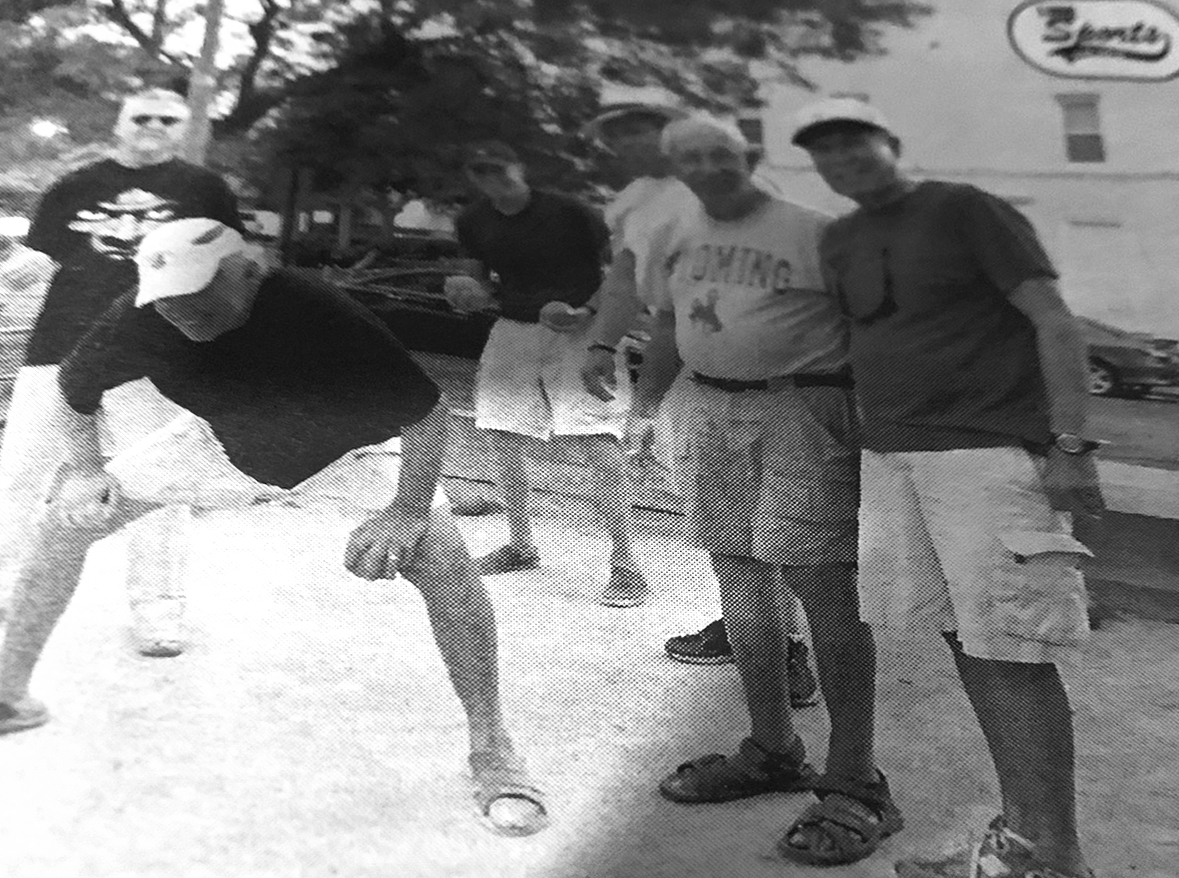 Ray and Donna Kohl: Marvin was a friend’s friend. He was always there for everyone which makes it so sad that due to COVIV-19 we all could not be with him at the end. We will miss Marvin at the gym, the bocce courts and especially at the cafe where we would sit around solving the problems of the world. He was a member of the “Masters of the Universe”. I have never met a kinder person than Marvin and knowing him made us all a better person. All of us that knew Marvin will always carry a little piece of him in our hearts.

Ken and Diana Caruso: Ken and Diana were more recent friends of Marvin in the last couple of years. They wanted to express their condolences and said “Marvin was Marvelous. May he Rest in Peace.”

Donna Schwartz: Marvin was 1 in a gazillion! He wanted to do it all and he did. Nothing was out of reach. So full of life and an inspiration to us all. When you walked into Gold’s and saw Marvin, his smile lit up the entire gym. Always upbeat and positive. Thank you, Marvin, for sharing your kindness, your zest for life, your optimistic outlook and your adventurous spirit with us all. I will always have a special place in my heart for you and will cherish all the wonderful times we had together with you and your beautiful Barbara. We love you both. Rest in peace Marvin the Marvelous! You will be missed dearly.

Running and the Gym. I have many great memories of Marvin who I always called “Marvelous”. Like a number of our friends, we met at the Gold’s Gym in Pier Village. At that time (more than 15 years ago) he had recently started running and was evangelical in his newfound passion. He was encouraging to all who worked out at Gold’s and he was amazing on how he started jogging and quickly advanced to half marathons in record time. I, too, started running around the same time but running is really too generous a term for what I was doing. Nevertheless, he and others decided to run the Spring Lake 5 Mile Race – for those unfamiliar with this nationally ranked venue it often had close to 10,000 runners in attendance. Perhaps I should also share what my goals for the Spring Lake 5 were – simple to others but monumental to me – 1) Finish the race – without stopping and 2) Require no medical attention when I was done.

You can laugh all you like but running did not come easy to me then nor does it today, and over the years I saw many people who looked like they were in great shape sprawled out on someone’s front yard being attended to by emergency healthcare personnel.

I ended up running alongside of Marvin and the first mile was and is always very slow as thousands of runners clog the route; some might say the first mile is a mix of walking and running. There are giant electronic billboards that track a racer’s pace, and our first mile was completed in a little more than 14 minutes. As we started our second mile, the race opened up and one could run more freely. At the time, and still today, I run a very slow 12-minute mile pace. Running 5 miles in an hour was another goal I had albeit not nearly as important as staying alive during and after the run. We passed the 2nd mile marker and Marvin turned to me and said these words that will forever be etched upon my mind, “Wow, we just ran a 9-minute mile!” In life, there is a phrase that captures the essence of how important one’s thinking is – the phrase reads, “Mind over Matter.” My mind took over as I had NEVER run that fast. I understand for any runners that may be reading this that even a 9-minute mile is pretty slow but please understand what you’re working with here. My mind started to race ahead that I could never finish the race running that fast. Almost immediately, my legs started to feel heavier and my breathing became more difficult. My internal dialog changed from “you’re doing great -you got this!” to “you’ve got NO chance to finish!” I waved Marvin and our other friends to go ahead because within 500 yards I had nothing left and started to walk. I joked with Marvin for years after that, that I would never run with him again! Fast forward to today, I still run a 5-mile distance around the same week as the Spring Lake 5 and Marvin runs it with me (in my head). He’s forever smiling but as our timekeeper he says nothing. When I get really tired running, but keep going, it is he that carries me.

Bowling Birthday Party. I had a “Bowling Birthday Party” a few years back; the same set up as one might have had when you were in second grade. I’m like a big kid and I think Marvelous and I shared that youthful enthusiasm. He definitely was the poster child for FOMO . . .  Fear Of Missing Out! He had a zest for life and would try and do almost anything. So, I had an adult bowling party with a number of friends and got trophies to be awarded to Highest Score, Lowest Score, Most improved, etc. Our friend Jimmy, “The Maestro”, took top honors; I think he may have even bowled a 229. Marvin? Came in dead last, BUT you would have never known it because no one had a bigger smile than Marvelous. One time I asked his wife Barbara if he smiled in his sleep and she said he did!

Halloween Costume Party. I recognize that Halloween is not for everybody, but for me it’s my favorite holiday bar none! As a child, I kept trick or treating well into my teens. What other holiday offers you free candy AND being able to dress up as the superhero you always wanted to be! In Junior High School, a group of friends went out as a gang calling ourselves, “The Blades” . . .  other cooler kids in school referred to us as “The Butter Knives!” You can laugh; I can take it. Well, Barbara and Marvin had NEVER been to a Costume Halloween Party until coming to and loving many of ours. Their first year they won as a couple as great pirates! Marvelous would later take home another best costume prize as “Fergie” from the Black-Eyed Peas. He also came one year as “Spock” from the Star Trek TV show which gave him another nickname of “Marvin – The Martian”. I’m glad we introduced him to Halloween because he really enjoyed the parties AND we enjoyed him . . . he will be missed but lives on in many memories.