A bold plan: Save 30 percent of America’s land and oceans for nature 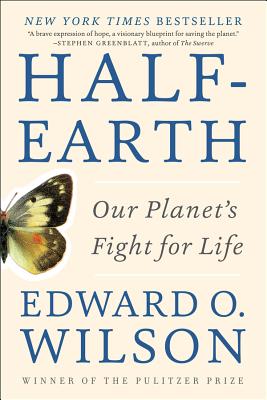 The State We’re In by Michele S. Byers, Executive Director, New Jersey Conservation Foundation
In his 2016 book, book “Half Earth: Our Planet’s Fight for Life,” biologist and author Edward O. Wilson made a strong case for preserving half the planet – both land and oceans – for nature. This, he argued, is the best way to prevent a mass extinction of species that could lead to the collapse of humanity

With a new President committed to tackling the climate crisis, the United States is now on the same path to preserving a significant percentage of our land and oceans.

President Biden last week signed executive orders pledging to conserve at least 30 percent of the nation’s land and coastal waters by 2030, less than a decade from now.

The “30 by 30” vision was announced a week after the President kicked off his climate agenda by rejoining the Paris Agreement to limit global warming, and launching a review of the previous administration’s rollbacks of environmental protections for air, water and land.

The Biden administration’s plan to conserve at least 30 percent of U.S. lands and oceans by 2030 is ambitious but critical if we are to save the planet’s diversity of species and buffer against the worst impacts of climate change by protecting ecosystems that absorb and store carbon. It comes at a time when the U.S. is losing the equivalent of two football fields of natural land every minute, or about 1.5 million acres a year.

According to the Center for American Progress, only about 12 percent of the country’s land has been conserved as national parks, wilderness areas, permanent conservation easements, state parks, national wildlife refuges, national monuments, and other protected areas.

The Center for American Progress found that 26 percent of U.S. controlled oceans are safeguarded from the most intense extractive uses such as drilling for oil and gas – but most of these protected waters are in the remote western Pacific Ocean or northwestern Hawaii. There are no U.S. waters in the Gulf of Mexico, the mid-Atlantic, or the North Pacific that are highly or fully protected.

What about New Jersey?

The Garden State has been a national leader in land preservation for decades and has already met the 30 percent target. This state we’re in covers about 5 million acres, of which about a third are preserved, a third are either developed or planned for development, and a third are up for grabs.

With a sound base of preserved lands already secured, New Jersey can get to work on reaching the 50 percent advocated by E.O. Wilson and others.

By continuing to preserve lands that support wildlife habitat and biodiversity, and absorb harmful carbon emissions from the atmosphere, New Jersey will continue to lead the nation.

And by conserving 30×30, the United States will re-establish itself as a leader in conserving nature, leveraging nature to address climate change and making more outdoor spaces available to all Americans.

The path to conserving 30 percent nationally, and 50 percent in New Jersey, will require partnerships and coordination between government agencies, private landowners and community-based nonprofit organizations known as land trusts. And it’s imperative that conservation projects embrace an inclusive and equitable vision that reflects the values of all Americans, including urban residents and communities of color.

Clean air and water, a stable climate, abundant food supplies, a diversity of plant and animal life, a strong economy and a habitable planet are essential.  These bold plans are huge steps in the right direction.

To learn more about E.O. Wilson’s Half Earth project, go to https://eowilsonfoundation.org/.